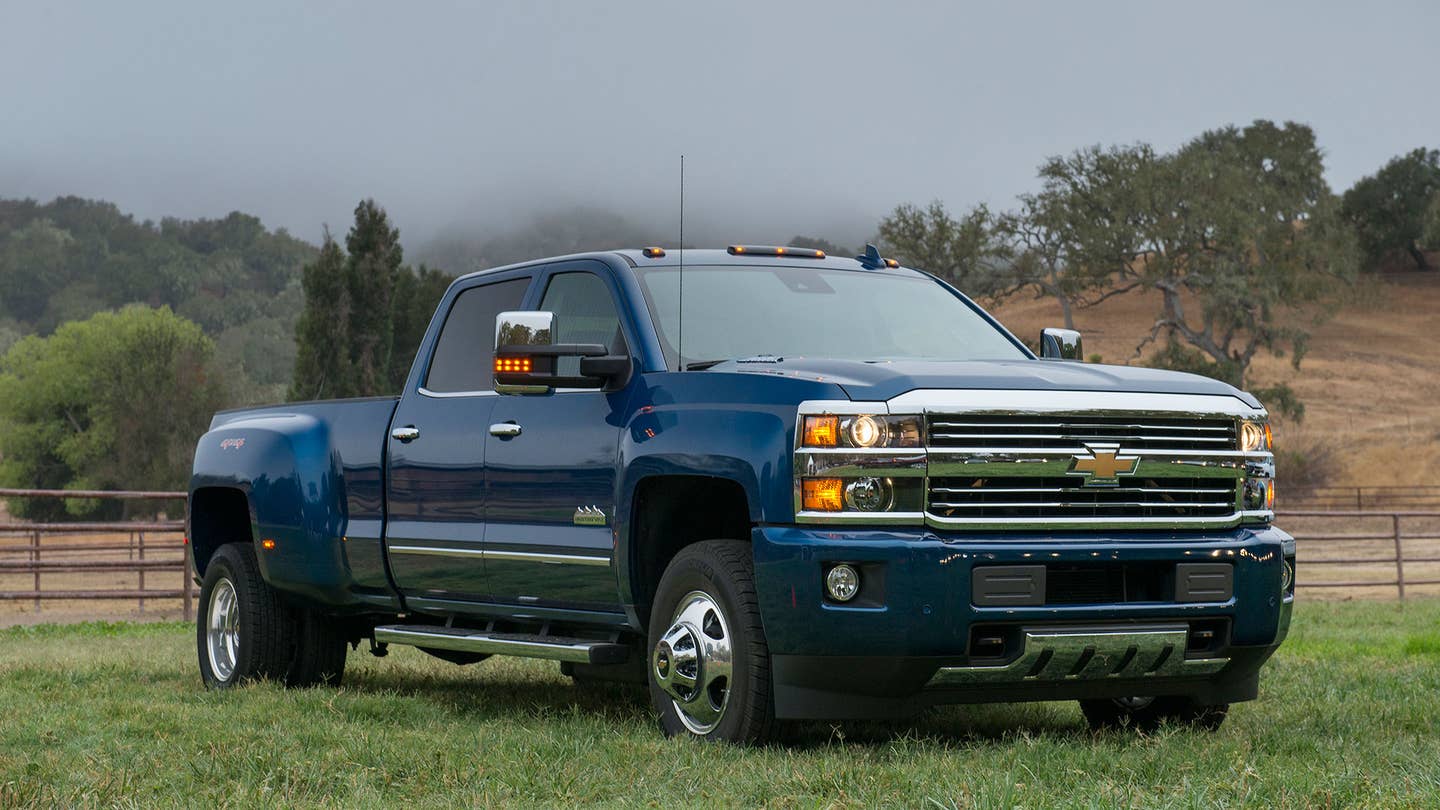 With the ignition switch fiasco finally starting to fade from America’s collective consciousness, General Motors again finds itself facing another large-scale recall. But whereas the 2014 scandal dealt with some of the automaker’s smallest cars, this latest recall affects its biggest vehicles: Heavy-duty Chevrolet Silverado and GMC Sierra pickup trucks.

Between those two models (and the similarly-afflicted Chevy Tahoe police cruiser) General Motors is recalling 426,573 trucks and SUVs in the U.S. and an additional 46,837 vehicles in Canada, all dating from the 2015 and 2016 model years. The problem, GM says, is the brake pedal pivot nut; it can work itself loose, rendering the brake pedal useless.

So far, no deaths, injuries or crashes have been linked to the brake pedal issue. But the General isn’t messing around with this recall. The problem was apparently noted at some point during production, leading some trucks to be factory-fitted with a cure. Still, GM wants those trucks to come in anyway for a double-check. Any trucks that didn’t receive the factory fixeroo will have the nut glued into place.

Obviously, any problem with a brake pedal is a massive concern; kudos to GM for being extra-careful with these rigs. Potential PR nightmare aside, many of these trucks weigh so much they can’t even cross the Brooklyn Bridge. Because the last thing American highways need is an epidemic of runaway pickups.