Motorists on Route 2 in Acton were blocked by two horses wandering the highway. 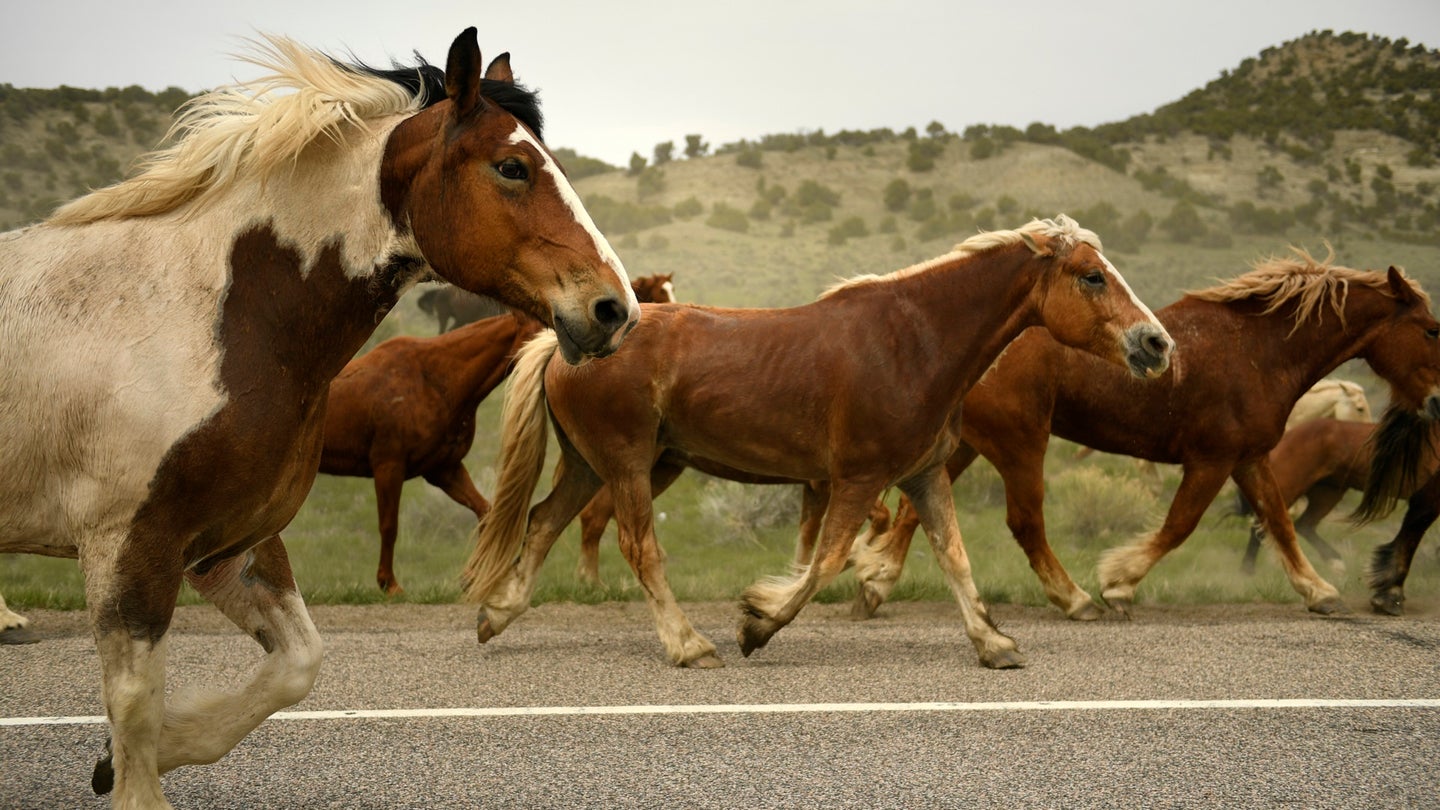 It is not unusual for Route 2, one of the major highways through the MetroWest Boston area, to get bogged down with traffic during rush hour. But Tuesday afternoon's tie-up happened for a different reason than the usual heavy congestion. WCVB reports that a pair of horses were on the loose on the westbound side of the four-lane divided highway, causing the backup.

Photos and video soon appeared on social media from motorists finding themselves stuck behind these lost horses on the highway. The horses displayed poor traffic etiquette, proceeding no faster than a mild trot. One of the horses even failed to yield the passing lane to faster traffic, a clear indication that the horse is a native of Massachusetts.

I drive this section of Route 2 nearly every day. This appears to be the area between the Newtown Road exit and Interstate 495. There is very little development in this area, so the horses likely did not escape from a nearby home or farm. Yet motorists posting on social media reported no horse trailers stopped on the highway, either. The horses appeared to be uninjured and in good health.

It is unknown where these horses came from, as well as where they went. The Acton Police Department did not have a report on this incident and referred The Drive to the Massachusetts State Police, who typically has jurisdiction over state highways. We have not heard back from them, but WHDH reports that the horses, named Jack and Molly, had escaped from a local farm before finding themselves on the highway.

"They tore down the electric fence, went down the driveway and down the road, over the barrier and onto Route 2," owner Pamela Campbell told WHDH. State Police used their cruisers to corral the runaway horses, then provided Campbell and her horses with a police escort off the highway.

Some D.C. Audi drivers will now get a countdown to green lights.