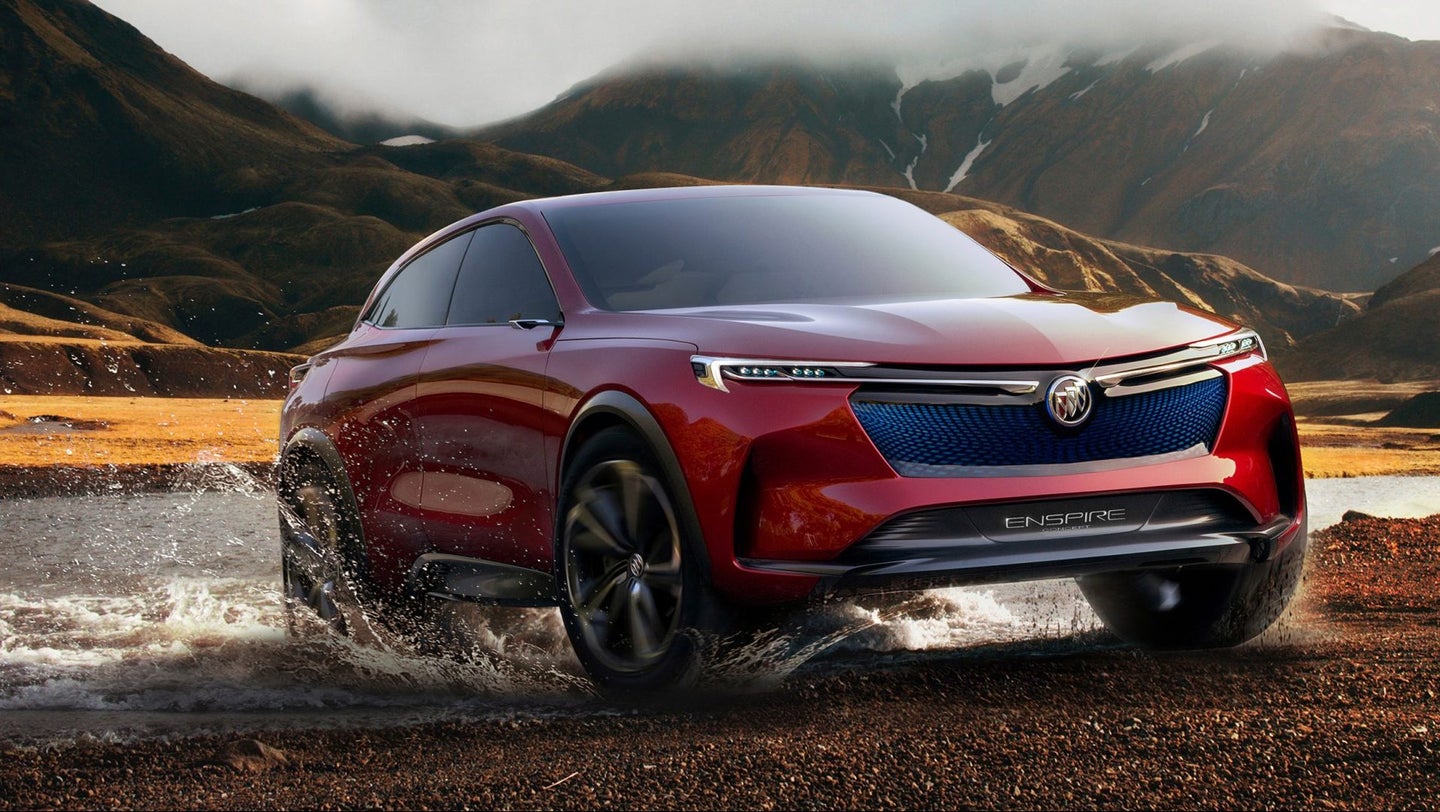 The Enspire, whose name we presume to be a portmanteau of "electric" and "inspire," is an all-electric crossover concept vehicle. Its conceptual power output of 410 kilowatts (550 horsepower) courses through all four wheels to scoot the vehicle from standstill to 60 in 4 seconds flat. Battery capacity in kilowatt-hours is not stated, but Buick pins a 370 mile range on a full charge. An 80 percent charge can be attained with 40 minutes on a fast charger, and wireless charging features are advertised.

Rather than being a true body-on-frame SUV, sharing truck architecture, Buick brand manager Stuart Fowle tells The Drive that the Enspire concept is envisioned as a unibody crossover.

"It’s hand-built concept car, but the vision would be that the Enspire is unibody," stated Fowle in a communique. Fowle also revealed that the Enspire "would have motors at both the front and rear, driving all four wheels," were it more than a concept.

Chinese car buyers, known for their affinity for technology, may be enthralled by the head-up display and OLED dashboard, as well as its onboard 5G wireless network. The dash and armrests, of suede and wood, are just the cherry on top. Beijing-based consumers can get their first taste of the Buick Enspire at the city's Auto China 2018 convention, which will run from next Wednesday through Friday the following week.

China is one of Buick's best markets, with Wolf Street reporting Buick sees 70 percent higher sales volume in China than in the United States. The country's car market is over 50 percent larger, as Stuart Fowle explains.

"28 million vehicles were sold in China, versus 17 million in the U.S. last year," stated Fowle to The Drive.

"Beyond that market size difference, the Buick brand is positioned differently in each market, with the brand stretching further into the mainstream in the US. Each year, for example, we sell about 400,000 Excelles, small, mainstream sedans that don’t fit Buick’s US positioning. We also sell MPVs (essentially minivans), additional small cars that don’t have as large of demand in the US, and more mainstream trim levels of products like the Envision, Regal and LaCrosse. The Encore’s largest market is the North America."