April Fool’s Day it may be, but we wouldn’t put this past BMW. 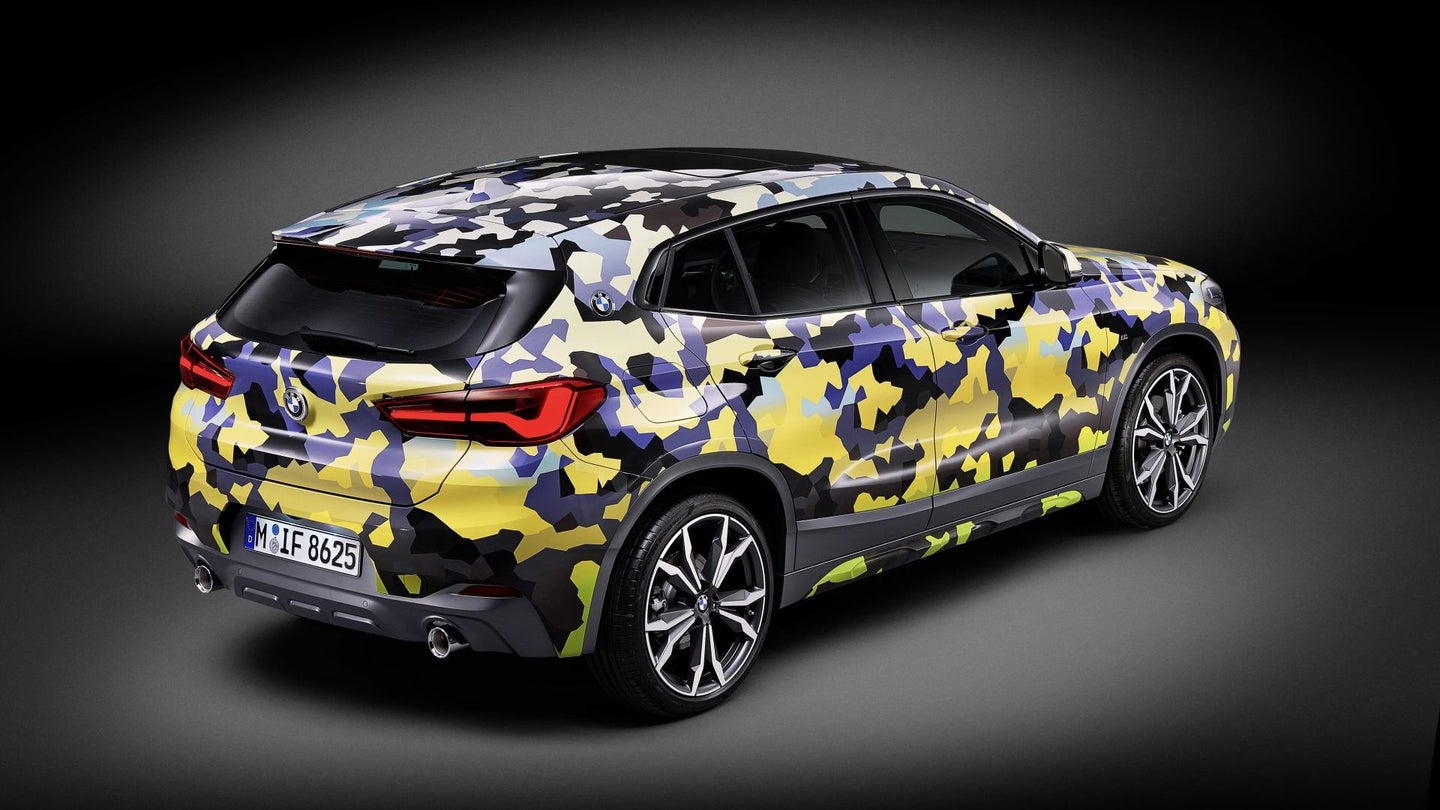 Welcome to April Fool's Day, where everything is made up and the press releases don't matter. Unless, of course, you are BMW, who saw fit to announce an absurd option for its X2 crossover on the day celebrating Poe's Law.

In the early hours of Sunday, BMW announced a "Digital Camo" camouflage scheme matte vinyl wrap as an option on its X2 crossover, which even the Bavarians admit is "polarizing." Given the date, we are more than willing to chalk this up as a satirical announcement, but the rest of BMW's blurb on the option convinces us that the Germans are indeed serious.

For examples, BMW claims that the camo wrap "lends further emphasis to the athletic proportions of the BMW X2," as if athletic and crossover were not antonyms. Worse still is how the carmaker boasts of how the car's headlights play into the look of the car, describing in fluent corporate jargon how the daytime running lights, headlights, and fog lights all "peer out of the camouflage like the eyes of a hunting predator."

In its description of the fenders, said to "give an even more flared impression" because of the camouflage, BMW declares "appears to be ready to pounce at any time," failing to notice the redundant inclusion of to be.

Should you not feel that getting your X2 camouflaged is living the BMW lifestyle to its fullest, worry not, as BMW has commissioned shoemaker VOR to produce matching X2-themed shoes. We would find this pill hard to swallow if BMW had not launched an equally tasteless kids' lifestyle line with branding of its Mini subsidiary.

BMW states that pricing and availability are limited to those who enquire. Something tells us few will.

Rumor has it that Audi Sport is interested in bringing its hot wagons to North America, but we have to work for it.

According to the plaintiff’s lawyer, the BMW X5’s door is a straight-up ‘guillotine.’