The Super 8 ROADM8: A Hotel on Wheels 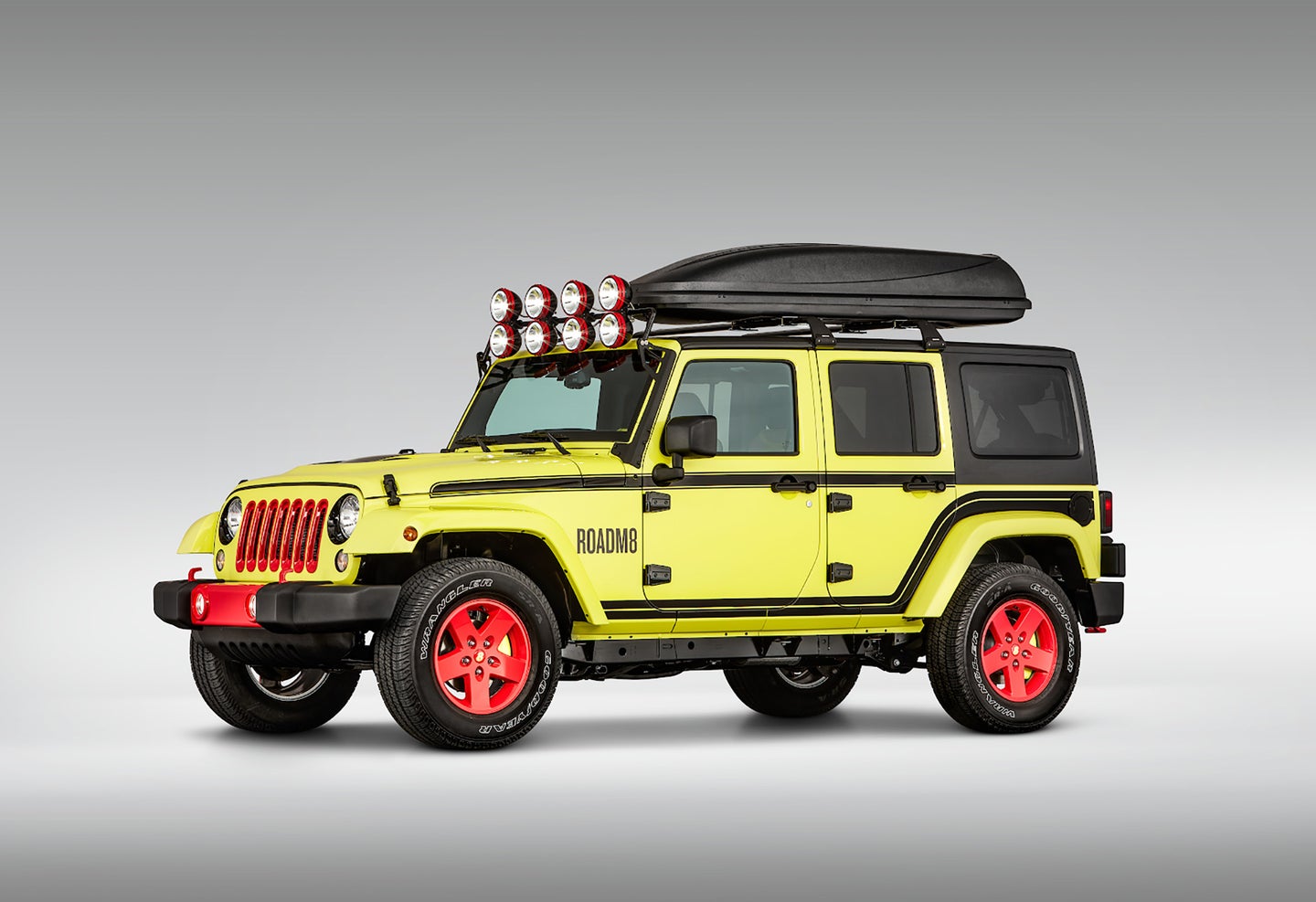 Now that the words “Super 8“ have sparked visions of home movies shot on those old-school Kodak Super 8 millimeter film cameras from the mid-'60s, at least for those of age, let me explain. Sorry, the Super 8 ROADM8 has nothing to do with cameras, films, or movies, but it has everything to do with cars: A souped-up Jeep Wrangler to be exact.

Super 8, yes, that Super 8, as in the world's largest budget hotel chain, unveiled the first-ever concept car for a hotel brand at the 2018 New York International Auto Show. Now that I have your attention, let me tell you all about the car forever known as the Super 8 ROADM8.

According to Super 8, over 2,500 hours of elbow grease and more than 100 custom one-of-a-kind parts were put into constructing the ROADM8. Everything, from the unique hood artwork to the Super 8 logo prominently displayed on the tire cover of the spare wheel mounted on the back, was inspired by the hotel brand’s newly redesigned rooms.

While the exterior sports the brand’s signature neon yellow and red color scheme, the interior is meant to evoke thoughts of the 1,800 hotels that Super 8 spent $100 million renovating. This concept car includes decorative, stylish wood accents and elements replicating the new rooms, complete with upholstery wrapped in customized fabric to evoke the look and feel of their new bedding and curtains. Dare I mention this super Jeep Wrangler is equipped with a built-in coffee maker, a mini-fridge, and touch-screen entertainment? Clearly, no detail was spared as the economy hospitality chain drew inspiration from their refreshed rooms.

If you happen to be in New York City, the ROADM8 will be on display during the New York International Auto Show at Super 8’s booth from March 30 through April 8. If you can’t make it to New York to see this one-of-a-kind marvel in person, no worries. Take the jump over to Super8.com/ROADM8 to check out additional photos and for more information on this distinctly engineered neon yellow Jeep.

Super 8 wants you to know that the ROADM8 is not just a concept car—it is the ultimate “road-trip-ready” companion. Now, my question to you is, “Is this a car you would readily drive and take for a spin on your next road trip?”