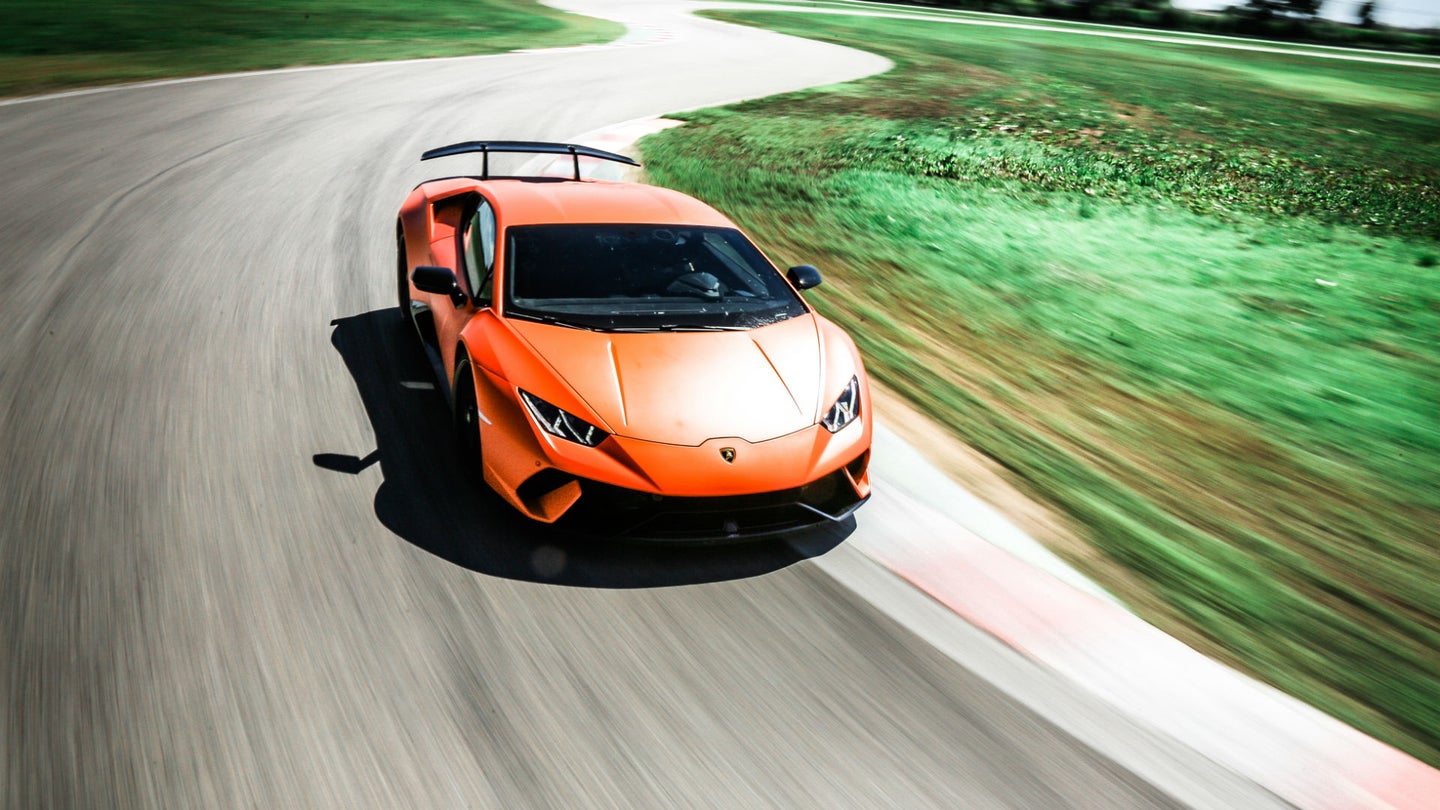 One year ago, the brand new Lamborghini Huracán Performante caught the car world's attention when it broke the production car lap record at the Nurburgring's Nordschleife circuit, putting down a time five seconds faster than the far more expensive Porsche 918 Spyder hypercar. Since then it's been every car magazine's darling, and for good reason.

That's because the Performante didn't retire after conquering the Green Hell. According to Lamborghini, the car set production car lap records on eight other circuits in 2017. What surprises us most is that while the Nurburgring record was set with Lambo's test driver Marco Mapelli at the wheel, every other record was broken by journalists during press days.

Last but certainly not least, the Huracán Performante currently sits at the top of the charts at The Grand Tour's Eboladrome test track (RAF Wroughton) with a 01:16:80 time set by Abbie Eaton.

This was made possible by the Performante's innovative "Aerodynamica Lamborghini Attiva" active aero system. Two sets of flaps located in the car's distinct air intakes and under the rear spoiler manage air flow. During acceleration, the flaps open to allow air to pass freely through the car, essentially deactivating the spoiler to reduce drag. During hard braking, the flaps close to generate maximum downforce, sticking the car to the pavement.

Other updates over the normal Huracán included a bump to 640 horsepower and 443 pound-feet of torque, a louder exhaust system, and an upgraded forged carbon fiber composite. As Jeremy Clarkson has stated, the Performante is the solution to the biggest problem the original Huracán had–– it lacked the absurdity that makes Lamborghinis so charming.

To celebrate the Performante's successes, Lamborghini is adding what it calls a "new dimension" to the car, which it will reveal at the 2018 Geneva Motor Show on March 6. Watch it happen on Lamborghini's livestream.