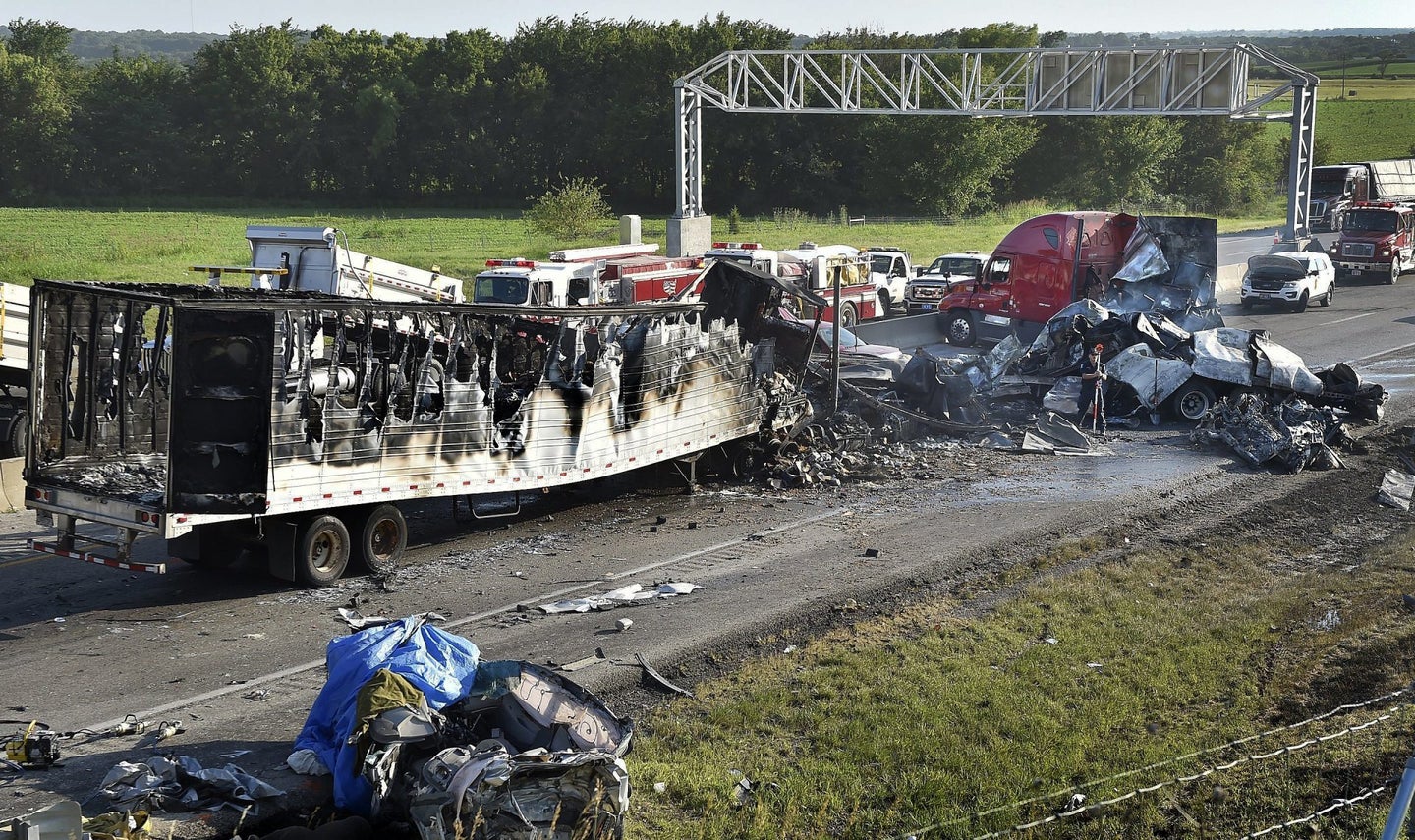 The government in 2016 proposed a rule that new heavy trucks be outfitted with software to electronically limit speeds to prevent crashes like one that killed six people when an 18-ton tractor-trailer smashed into eight vehicles at 80 miles an hour the year before in Tennessee.

In an exclusive report published Monday, the Associated Press details how that safety rule, and multiple others that were due to take effect, have been put on ice by the Transportation Department as part of a wide-ranging effort to undo regulations that President Trump claims hurt the economy.

An AP analysis of the agency's rule-making activities during the Trump administration's first year found at least 12 safety rules that were in the works or already adopted have been repealed, withdrawn, postponed, or put off. In most instances, the rules were opposed by business, and the Trump-appointed heads running the agencies that write the rules often come from the industries they are now regulating, the wire service said.

At the same time, there have not been any large new safety rules adopted during Trump's first year in office.

The rules no longer in play include one that would have required states to annually inspect commercial bus operators and railways to run trains with at least two crew members. Many of the rules came in response to deadly events, such as the 2016 crash that led to half a dozen deaths on an interstate in Chattanooga, Tennessee.

The rule would save roughly 500 lives a year, depending on the top speed the government selected, according to a DOT projection. That figure represents almost half the 1,100 deaths that occur annually in crashes involving heavy trucks on roads with speed limits of 55 miles an hour or higher.

"It just stuns me that you can give these people proof and they say, 'We'll look into that.' It just baffles me that they're killing so many people every year," Tennessee resident Rick Watts, who lost his wife, two young stepdaughters, and mother-in-law in the 2016 crash, reports the AP.

The American Trucking Associations, however, said the rule would create dangerous speed differences between cars and trucks. The industry trade group, which initially supported the rule, claimed credit for postponing it in a news release, the AP said.