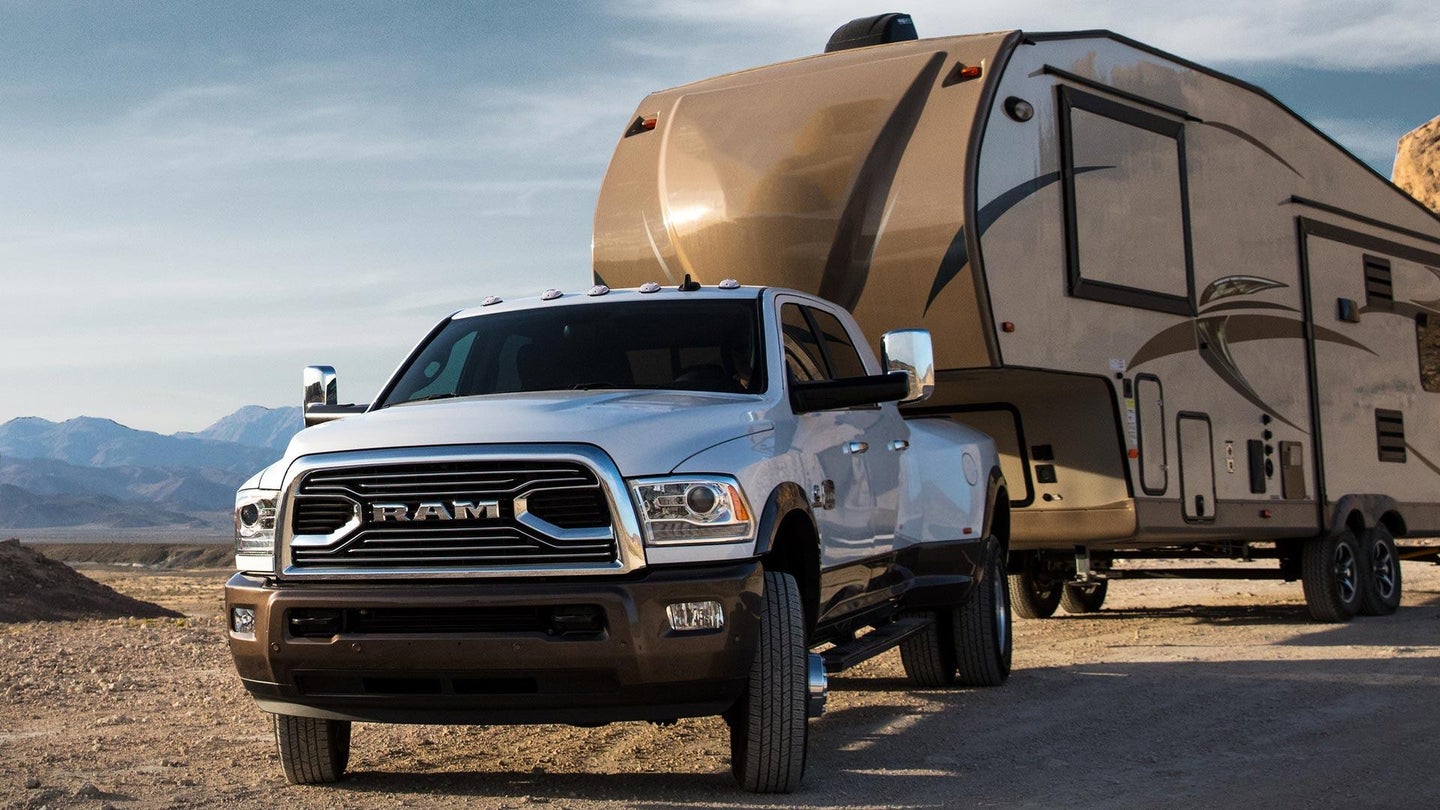 Every member of Detroit's Big Three has its hat in the ring when it comes to heavy duty trucks, and each one wants to beat out the other in terms of towing capacity and torque. While Ford introduced its revised 6.7L Powerstroke diesel engine for 2017, it left both Ram and GM in the dust by producing 925 lb. ft. -- ten more than the Silverado/Sierra twins, and a whopping twenty five more than Ram's Cummins-powered trucks. But for the 2018 model year, Ram has stepped up its game to eclipse the others with a heaping 930 lb. ft. of twist.

This puts Ram in front of Ford, the brand's longtime rival, a bragging right that they'll surely be boasting about for sometime. Horsepower figures haven't been released for the 2018 models, but with torque seeing such a large increase, it's only logical that horsepower will go up as well. Last year's Ram sat at 385 horsepower, lower than both Ford (440 horsepower) and GM (445 horsepower).

Expect a response from Ram's Detroit competitors shortly as the heavy duty segment is far too large for them to go down without an effort. GM trucks are due for an update as they have been largely the same since this generation was introduced in 2014, while Ford just ushered in an all-new, aluminum bodied Super Duty last year.

This 2017 Ford Super Duty Was Purpose-Built

BDS Suspension’s “Project Ascension” made the 2000 mile trek from Michigan to Las Vegas for the SEMA show.