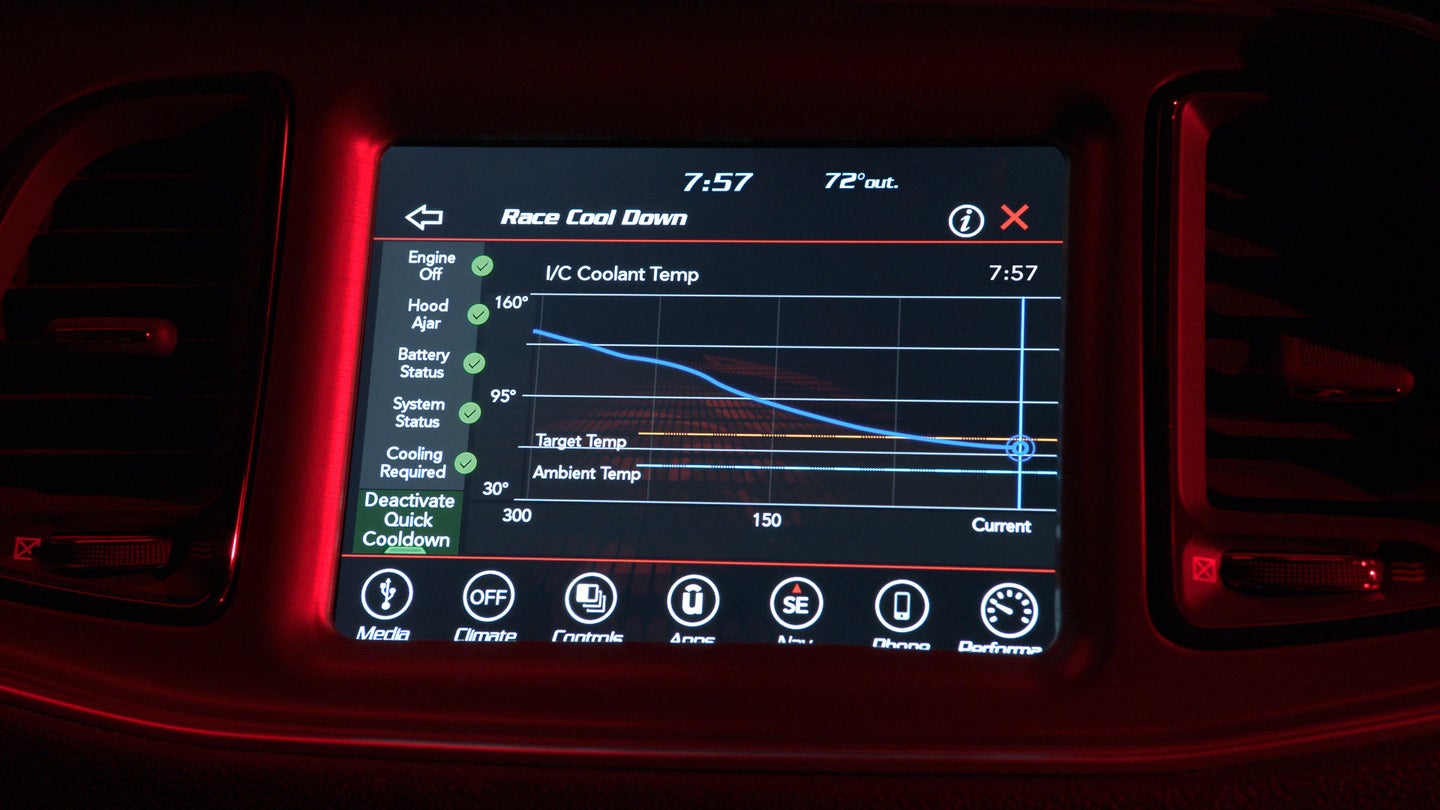 Like the current Dodge Hellcat, the highly anticipated Dodge Demon will come equipped with an interactive "Performance Page." According to Dodge, an extremely informative performance page will be integrated into the 8.4” Uconnect system in the center dash of the Demon.

Perhaps one of the more interesting developments is how "power levels can be data recorded to track performance gains from changes such as use of the Direct Connection Performance Parts." This is definitely a nice advantage to have over the Hellcat, as owners are now able to appropriately track their tuned vehicle rather than falling to the mercy of "700+."

Drivers are able to select drag-friendly functions like line-lock, RPM-adjustable launch control, and individual-gear-adjustable shift light. Drivers also have the option of choosing between three driving modes—Auto, Drag and Custom. Each mode has various setups you can adjust, but Auto is for street performance, Drag is for drag racing (not general track performance), and Custom allows users to configure the Demon similar to Hellcat street performance.

[UPDATE]: If you decided to snoop around like us, you can see that the time on the Uconnect system reads "7:57," making it the second time that number has appeared in Demon promotional videos. Since nothing is done by accident in the world of marketing, we are becoming more and more comfortable with the 757 Horsepower guess. Dodge has also elected to quickly flash performance times in the video and the numbers are insane (but possible). The 0-60 mph time reads 3.0 seconds and the quarter mile reads 10.5 seconds at 129 mph. Both times are extremely impressive and worthy of serious track respect if they are in fact true. From a pure marketing standpoint, it wouldn't be wise of Dodge to tease times like these and then deliver a lesser vehicle...

The Dodge Demon will makes its debut on April 11th at the 2017 New York International Auto Show. 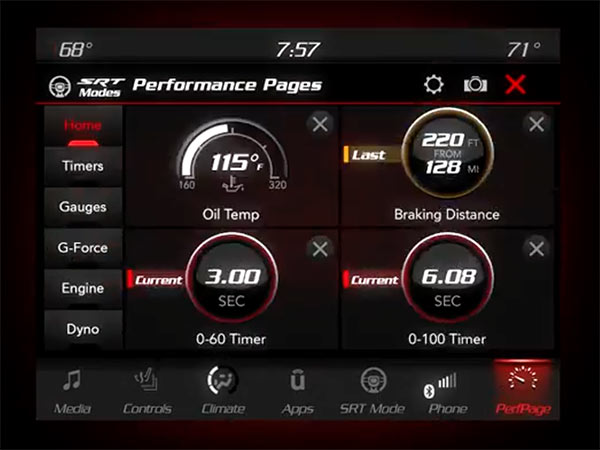 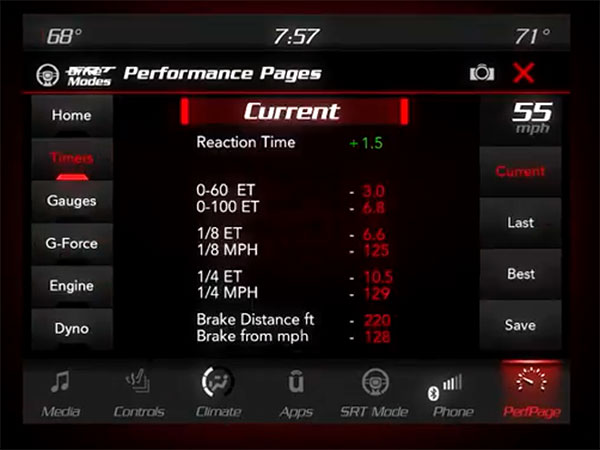 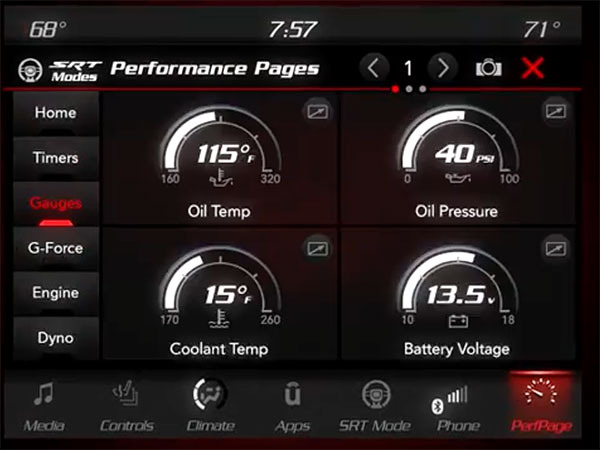 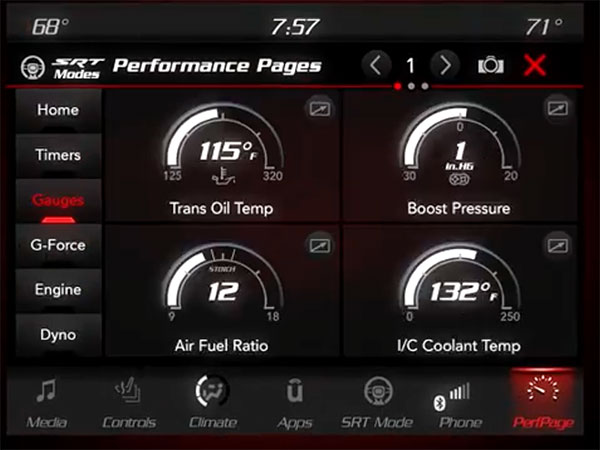 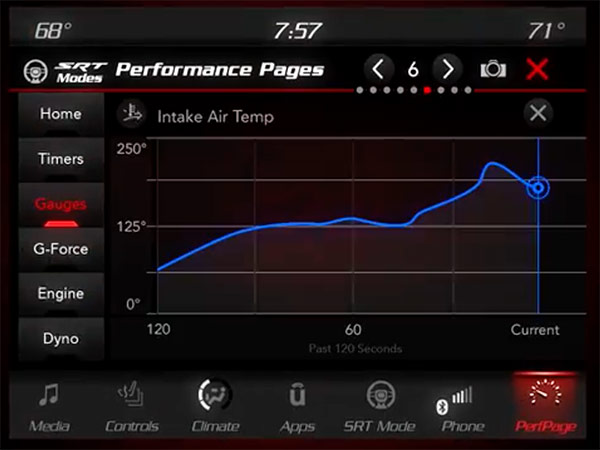 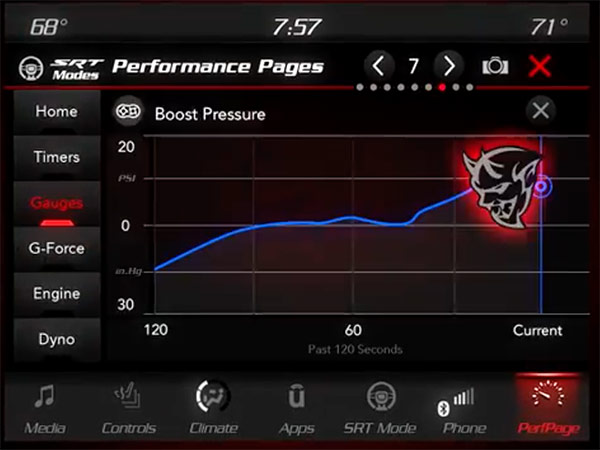 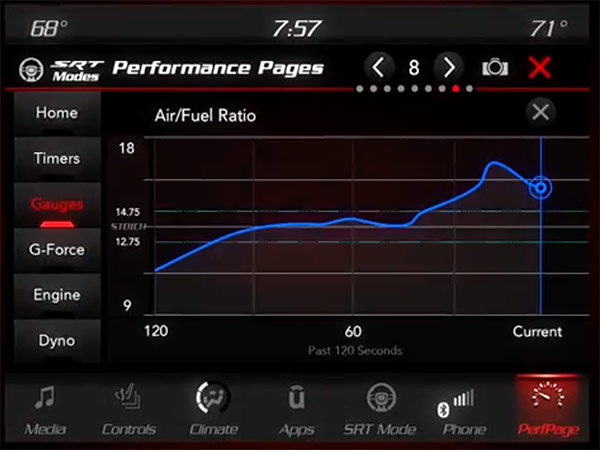 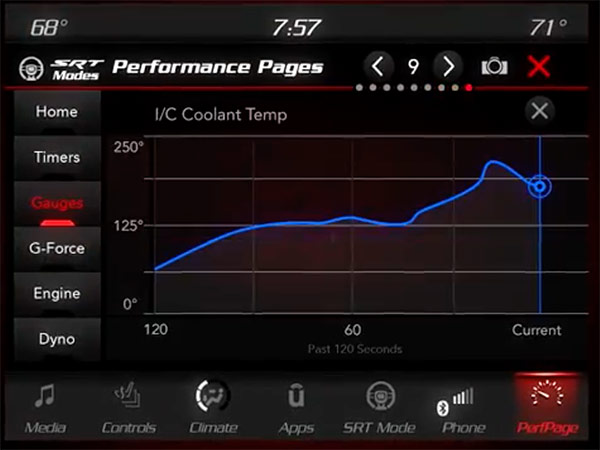 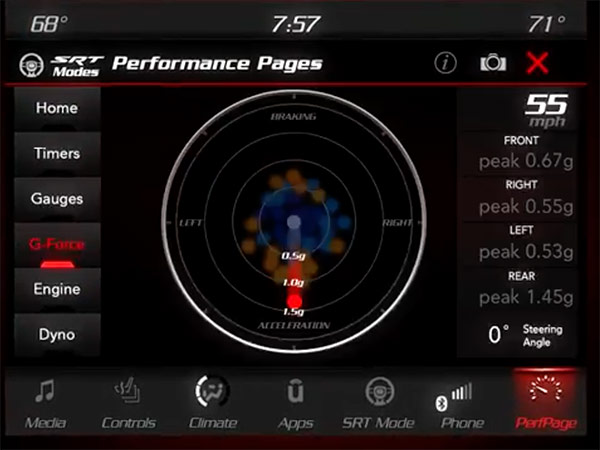 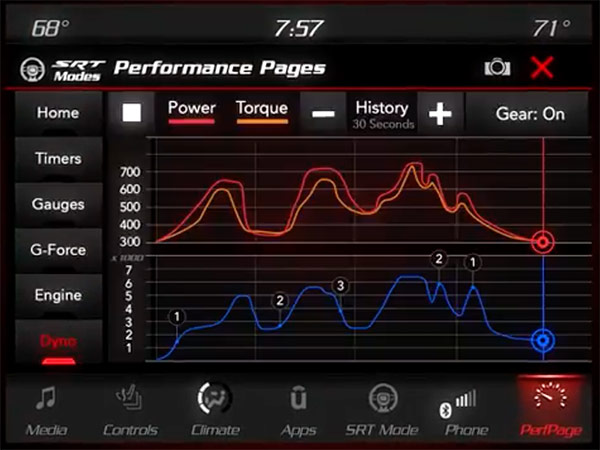 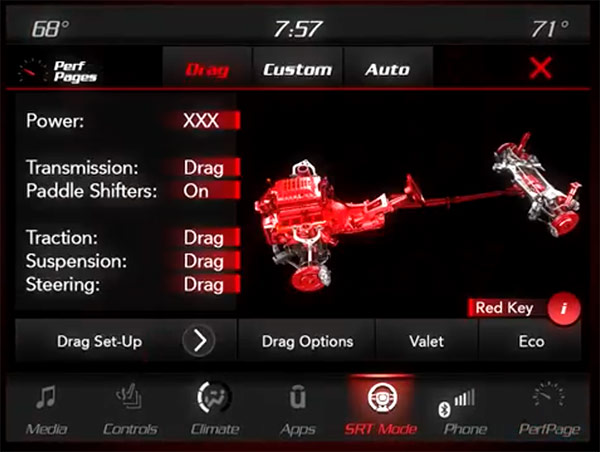 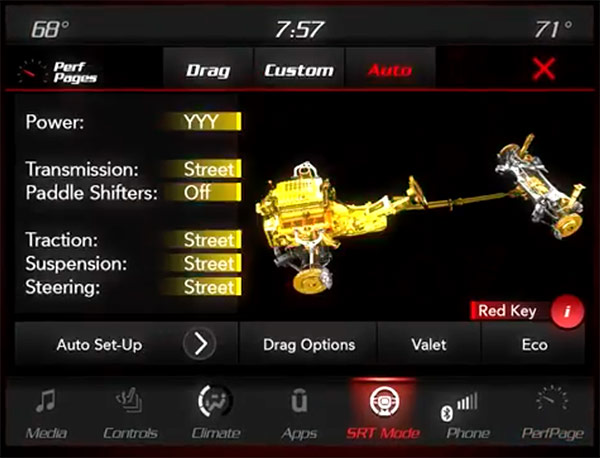 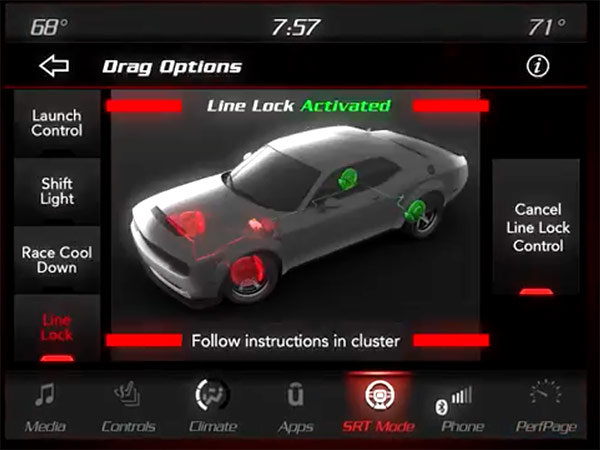