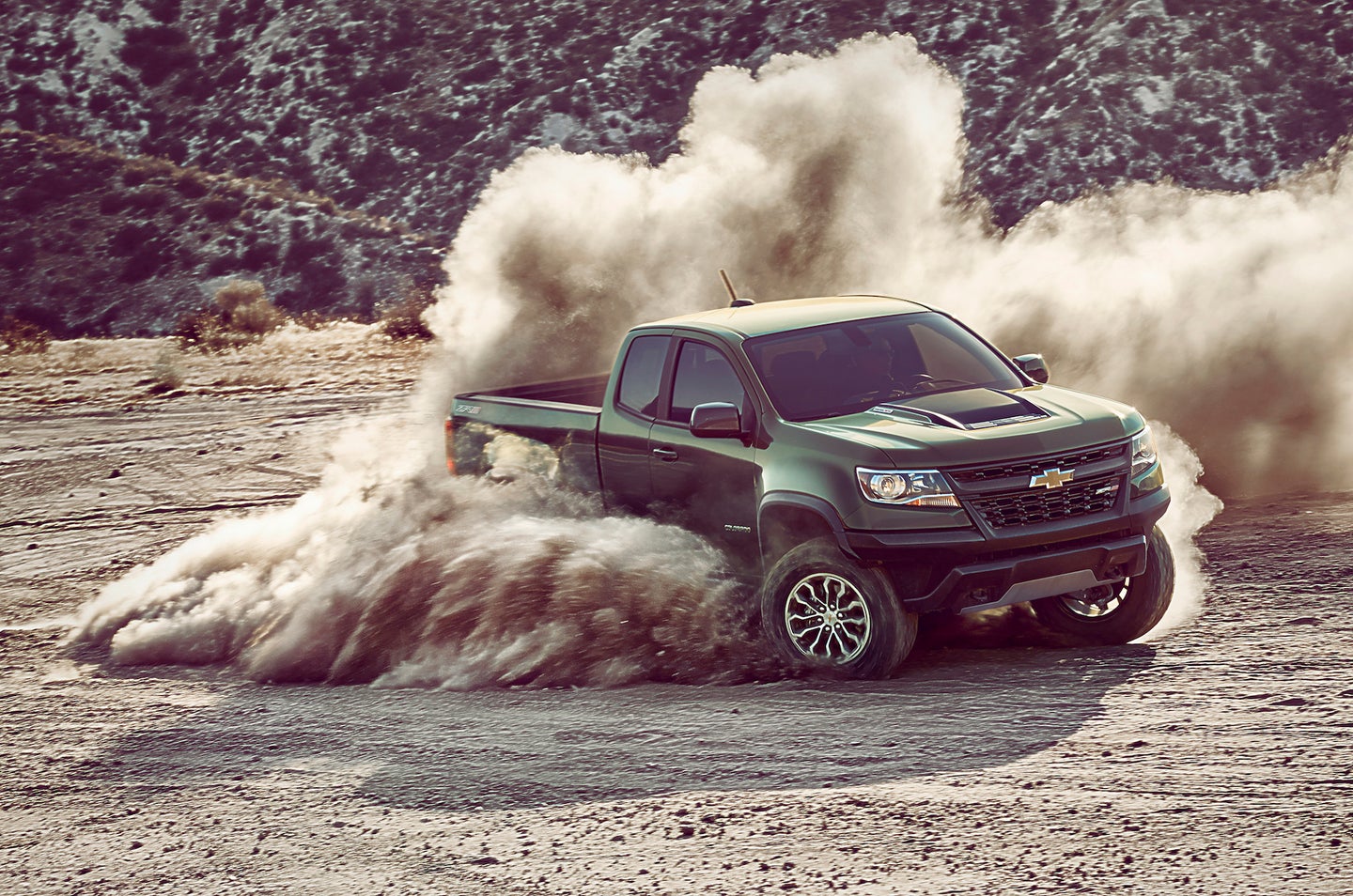 Starting at $40,995, Chevy's new Colorado ZR2 is aimed at being an unbeatable performance bargain in the mid-sized pickup category. And it's easy to see how it might succeed, too—thanks to a thorough going-over by GM, the ZR2 trim is packed with hardcore off-road features and technology that sets it apart from the mid-sized competition.

Chevrolet Trucks marketing director, Sandor Piszar, thinks so, too: "Some vehicles that customers might cross-shop with ZR2 can spec out as much as $26,000 more than our truck—or the price of a well-equipped 2017 Colorado. When you buy a ZR2 at the starting price of $40,995, you are getting all of the significant off-road technologies standard with the vehicle, as well as an eight-speed automatic transmission and a wealth of other features at no additional cost."

In standard form, power comes from a 3.6-liter V6 that's putting out 306 horsepower and 275 pound-feet of torque, but there's an optional 2.8-liter Duramax diesel that has 186 hp and pull-me-out-of-anything 369 lb-ft of twist. This isn't close to Ford Raptor territory, but considering it starts at almost $10K less, the Colorado ZR2 has people who don't need the giant F-150's size covered.

Check it out in its natural habitat below.