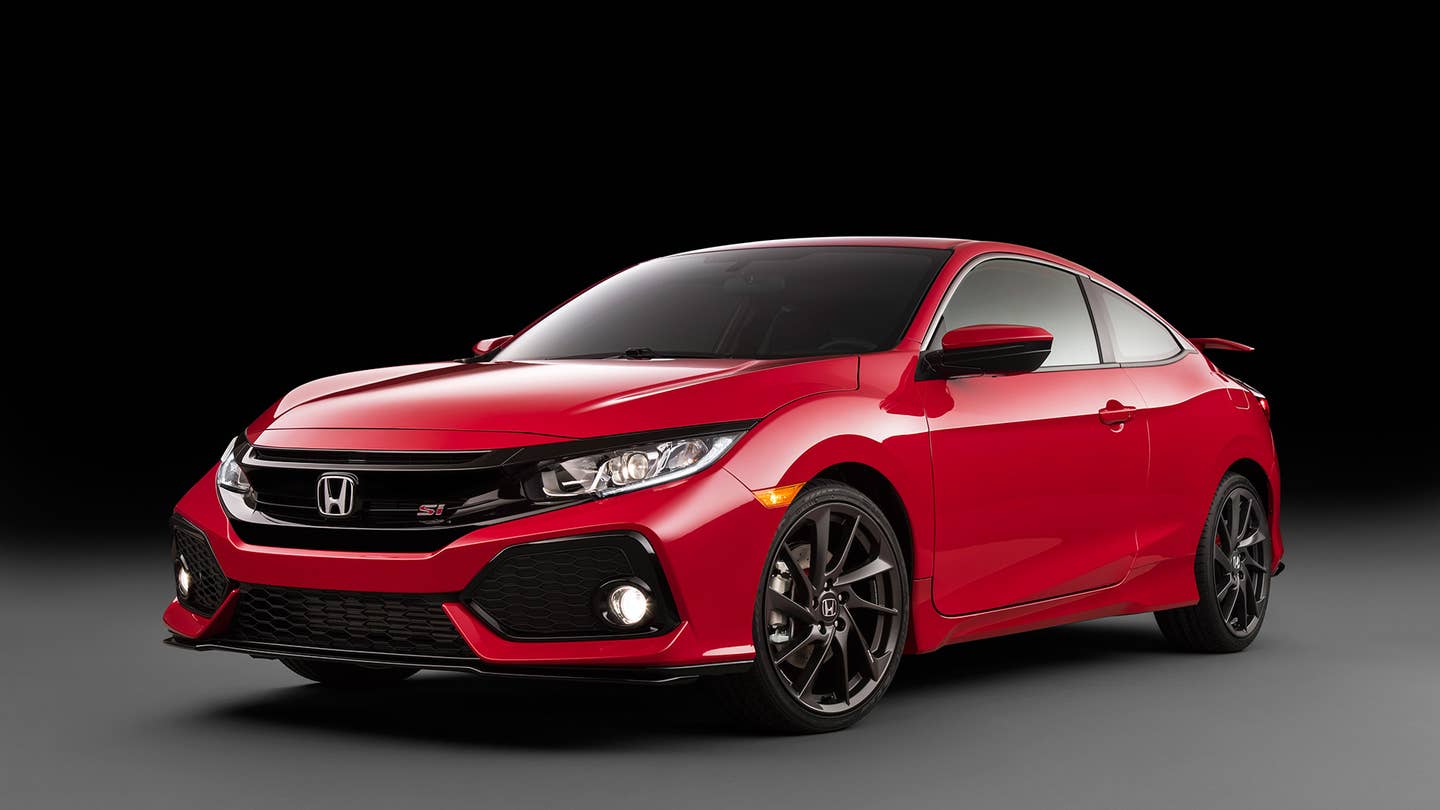 We're barely halfway through the first day of press previews at the 2016 Los Angeles Auto Show and we've already been treated to more new treats than a sugar-crazed child turned loose in a candy store. We're bringing you a variety of coverage on plenty of platforms (Facebook, Instagram, Twitter, Tinder) but there are a few vehicles that we've yet to touch upon. We don't want anything to fall through the cracks, so here are some quick snippets on what's been unveiled.

Demanding a lot of attention, the gorgeous British sports car maker took the Super GT and further improved it. The natural-aspirated 6.0-liter V12 found in the Super GT will now churn out 591-horsepower instead of 565. In addition, the throttle response is expected to improve thanks to a larger intake, feeding the engine at a higher flowrate. As far as aerodynamics are concerned, the Vanquish S will feature new front and rear carbon fiber splitters for improved downforce and handling. Topping things off, expect to see a new quad exhaust system gracing the rear end.

The NISMO family just got a little bigger with the edition of a Sentra NISMO. Powered by a 1.6-liter turbocharged four-cylinder, the Sentra will dish out 188-hp and 177 lb-ft of torque. In order to maintain a true racing feel, Nissan will offer a 6-speed manual transmission. (Bless them.) Although the exact suspension specifications are still a little murky, we do know the car will be lowered by 0.4 inches and additional chassis modifications will be made by the NISMO team.

Nissan has collaborated with the Star Wars franchise to produce the Rogue One. Based on the 2017 Nissan Rogue SV, the Rogue One will come with Star Wars badging, a panoramic roof, Bose stereo, black wheels, LED headlights, and a Magnetic Black or Glacier White paint job. Sadly, the Rogue will not enjoy any hyperdrive-capable powertrains, but will feature a 177-hp 2.5 liter four-cylinder. That means it may take a little longer to get to the Mos Eisley Cantina, but you'll still arrive in style. Expect the Rogue One package to go for an additional $1,990.

The CX-5 has undergone a serious facelift for 2017. Although the CX-5 already dominated the CUV segment in 2016, Mazda redesigned the awarded CX-5 to closely (almost identically?) resemble the CX-9. With a totally new grille as well as a mildly-modified rear fascia, the CX-5 is definitely looking more handsome than cute. The 2017 CX-5 will have three engine options: the 2.0-liter Skyactiv, 2.5-liter Skyactiv and 2.2-liter diesel. Power specifications have yet to be announced but we'll keep you posted.

The 2018 Genesis G80 will now come with a performance-oriented 3.3-liter twin-turbocharged V6. The sport-tuned engine will be coupled with a 8-speed automatic transmission and will be rated for 365-hp and 376 lb-ft of torque. For a further improved ride, the 2018 G80 Sport Trim will utilize a Damping Control suspension. According to general manager of Genesis U.S. Erwin Raphael, “By extending the G80 model line-up beyond the 3.8 and 5.0-liter engines, the 3.3T Sport expands G80’s range of pure performance capability and competitiveness within the mid-luxury sedan segment.”

If you have been desperately anticipating a chance to see the Honda Civic Si Prototype, you may want to head over to the L.A. Auto Show. The 2017 Civic Si has made its debut at the auto show and its looks definitely match the anticipated performance. The Si will be powered by a 1.5 liter turbocharged in-line four-clylinder and will utilize active steering and suspension. A comely and potent vision, indeed.