Everyone knows today's wealthy are hoovering up Cronuts, not fishing brook-side. 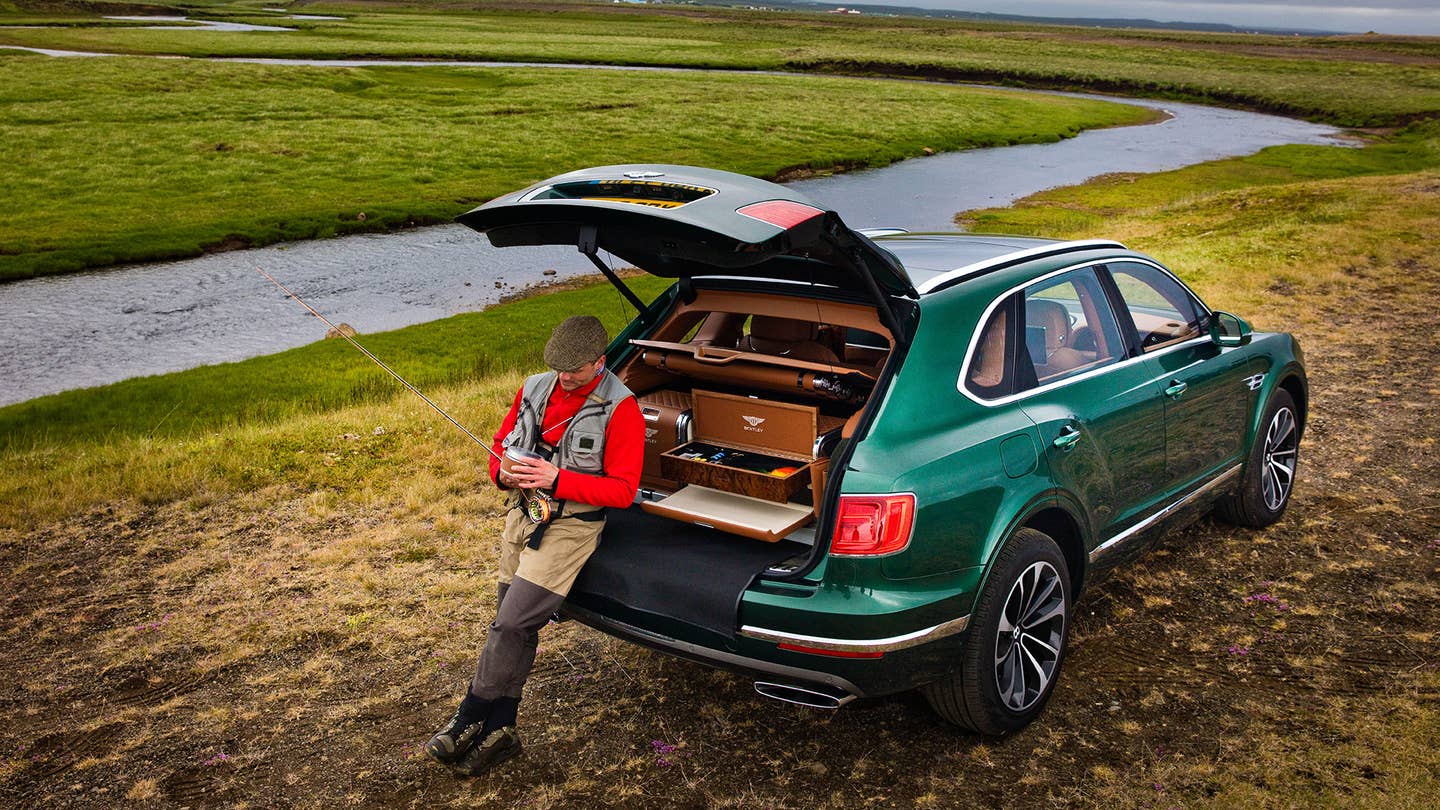 Per its refined, upper-crusty image, Bentley gazed past the hoards of super-rich shopping for oversized pumpkin pies at Costco, watching Real Housewives of New York from $22,000 couches, and skiing down snowy slopes inside Dubai shopping malls, and settled on a hazy, pre-war image of wealth: an aristocrat, in waders, fly-fishing. Instead of outfitting the new Bentayga with kit that its owners might actually use—say, a cabinet of extra tennis balls for the dogs or a warning light for when you’re about to back over the gardener—Bentley has made an SUV for Teddy Roosevelt, who is dead.

Live in fear, trout. Should a rich person actually come for you and your spawn, they will arrive brook-side comfortable and ready. The entire interior of the Bentley Bentayga Fly Fishing by Mulliner—henceforth, with apologies to Ferrari, the Bentayga FF—is swathed in saddle leather held together with contrasting white stitching. The trim is largely made of burled walnut, which means a pathogen has knotted the wood and left it cross-sectioned with beautiful swirls.

Of course, the Bentayga FF is more than fancy trimming. It earns its fishy bona fides with a “tackle station,” a refreshment case (read: whiskey cupboard), and a waterproof storage trunk for waders. The the rod-storage tubes are spectacular, covered in the same leather and linen stitching as the Bentayga’s seats—though they’re tasked only with carrying fiberglass sticks, not human butts. The car comes with its own fine china, because rich people still eat pheasant legs wrapped in little paper doilies, not Chipotle. An electric dehumidifier keeps mildew from ravaging all the natural finishes.

In a concession to contemporary realities, all three bespoke containers are removable, so the vast majority of wealthy folks who don’t fly fish can throw some towels in the back and drive onto the beach. And, because the super-rich are definitely understated and not diamond-flashing Trump acolytes, the price of this land-bound fishing boat has been left a mystery. Or, maybe, Bentley would rather not you calculate how many Range Rovers you could buy for the price of one SUV made for a type of rich person that no longer exists.