Between 1912 to 1919, Peugeot had an epic run at Brickyard that changed racing forever. 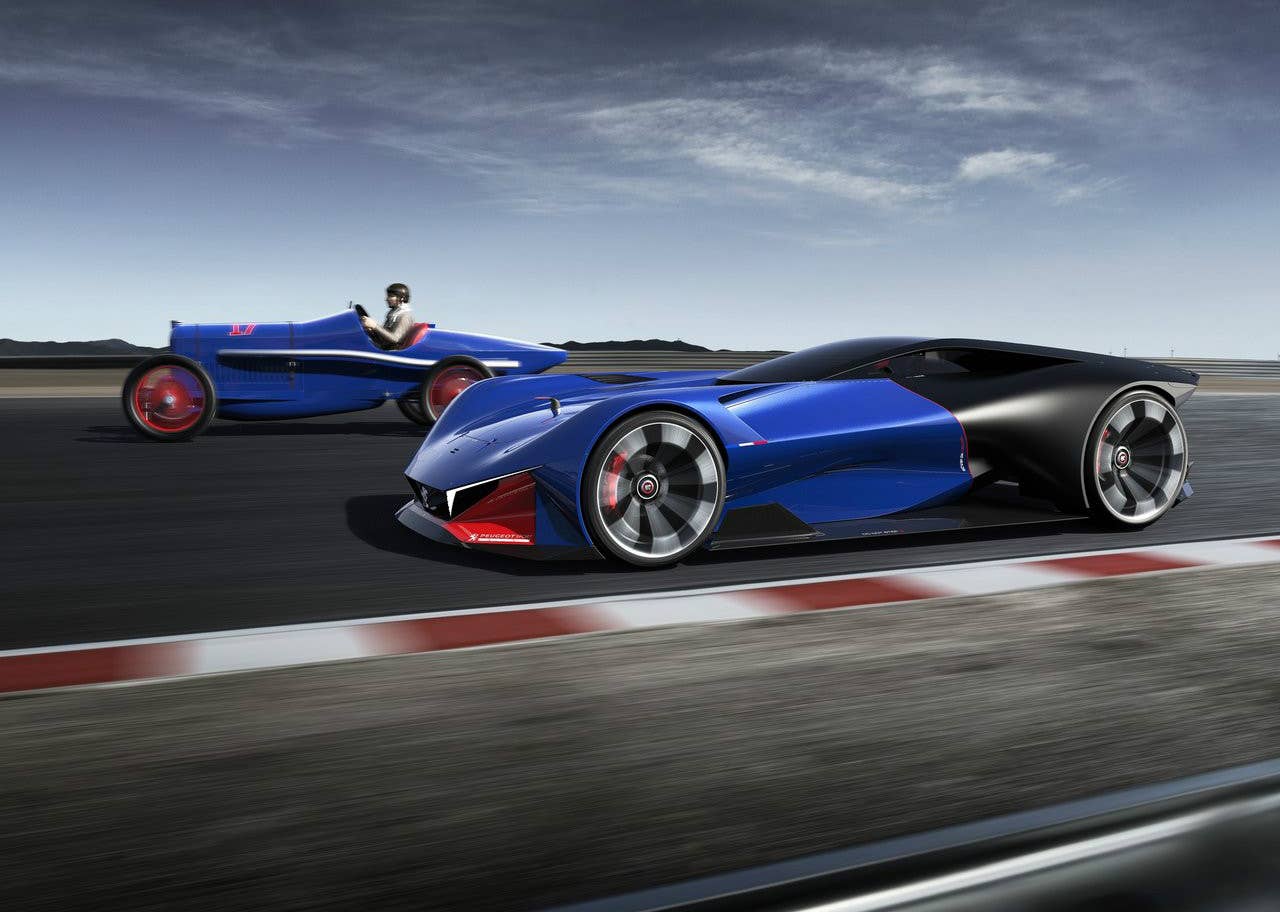 Hot on the heels of the Indianapolis 500, Peugeot has unveiled a digital concept car to celebrate the brand’s history with the historic race. This is the L500 R Hybrid, a PHEV with 500 horsepower and a trim 2,200-pound curb weight. Powertrain details? Peugeot says it’s a got twin electric motors, one front and one rear, plus a 270-hp internal combustion gasoline engine. That’s good enough for a theoretical 0-60 mph time under 2.5 seconds. It’s a neat idea, but the inspiration for the L500 R Hybrid is even better.

Look closely at the concept renderings, and you’ll spot an old prewar racing car running beside it. That’s the Peugeot L45, as driven by Dario Resta at the 1916 Indy 500. The car was an evolution of the L76, which, four years prior, had ushered a radical new mechanical design into the Grand Prix scene: The world’s first dual-overhead cam, four valve per cylinder race engine.

The project was rouge, a small group of engineers eventually dubbed Les Charlatans by those in the main facility. But the higher-ups at Peugeot knew a good thing when they saw it. The new engine had the makings of something special—lighter, cleverer, and capable of matching the output of the era’s cumbersome aero-style engines. So Les Charlatans got their own workshop in Paris. And, soon, out came the L76. It used hemispherical combustion chambers, a central spark plug, desmo valves and, later, a dry-sump system. For it’s time, the thing was king shit.

After smashing on mighty 15-liter Fiats in France, the dual-cam racing Peugeots came to Indy. They took everyone’s lunch money. A 5.6-liter variant, nicknamed “The Torpille” and driven by Jules Goux, won the 500 in 1913; another Peugeot, this time independently fielded, obliterated the Brickyard speed record the following year. In 1916, with Dario Resta at the wheel, the L45 won Indy outright. Three years later, a Peugeot again took the checkered at Brickyard, driven by Howard “Howdy” Wilcox.

Those WWI-era Peugeots were, in many ways, the first modern racing cars; a century later, that DOHC four-valve is still recognized as one of the greatest engines ever. So the L500 R Hybrid may still just be imaginary, something living inside a computer. But, if it ever comes to fruition, it’ll certainly have all the right pedigree.