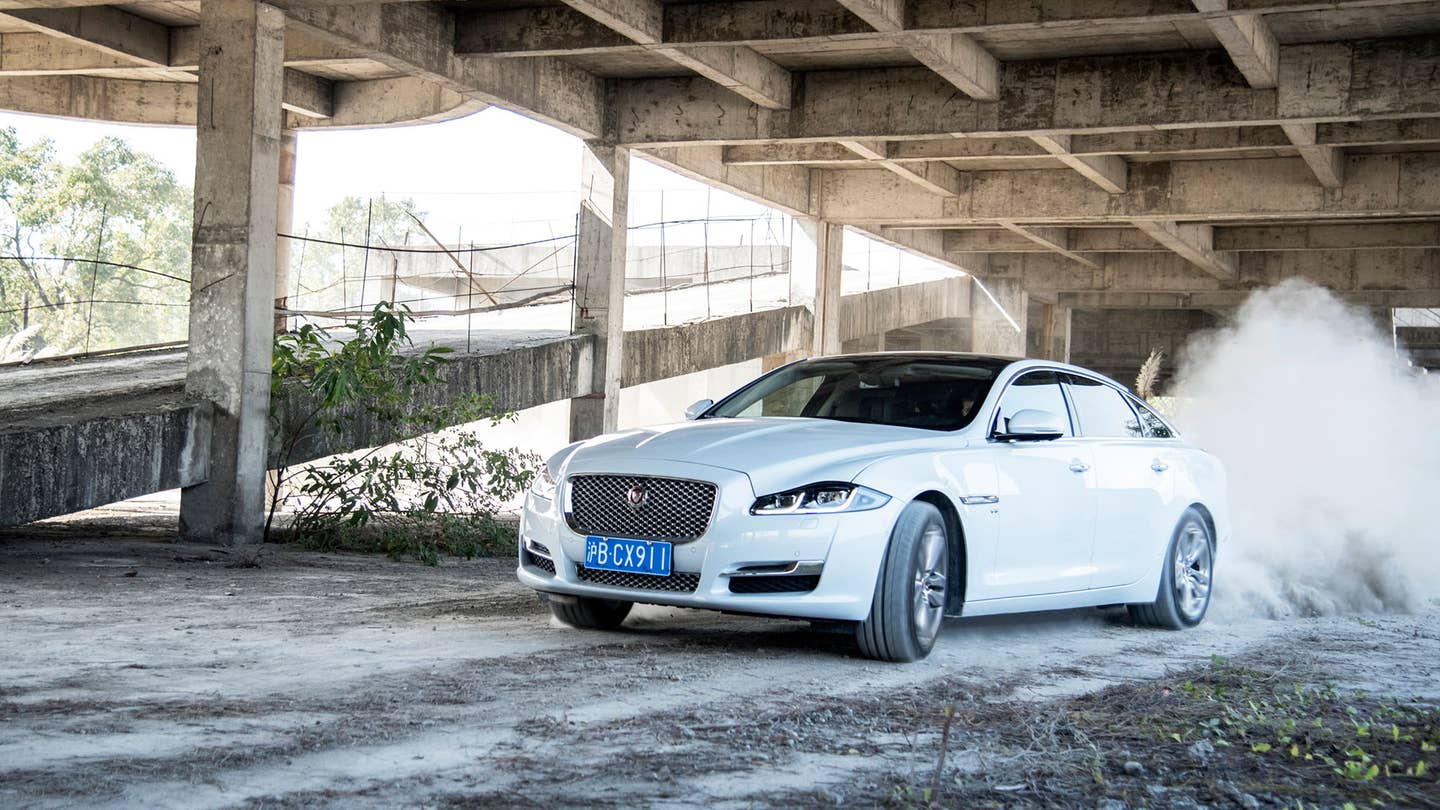 The Jaguar XJ has been a going concern since 1968, when it was called “an acknowledged automotive standardfor refinement and luxury” and “a delightfully luxurious carriage.” The evolution of a new Jaguar lineup around it, however, has accentuated the hoary aspects of its soul; the XE, F-Type, and F-Pace lean to the future, the XJ is a hallowed memento. On top of that, the less expensive XF sedan is just about as roomy. Those truths had all of the white collars at Coventry wondering if investing hundreds of millions of pounds in a new flagship sedan made any sense, especially with the marketplace flight to crossovers. As of last year, the conclusion was that it didn’t.

The arguments are said to have scaled the corporate ladder all the way to Ratan Tata, former chairman of the Tata conglomerate that owns Jaguar and Land Rover. We’ll assume he was in favor, because Jaguar design boss Ian Callum told Autocar during last year’s LA Auto Show that a new XJ is on the way. Following that, company insiders sketched rough lines of what we might expect when it arrives sometime around 2019.

The key word is “indulgence,” Callum saying that, “Proper luxury brands have to have an indulgent car in there somewhere.” The D7a aluminum architecture used for the XF will provide the bones, grown some to provide more interior room than the current XJ, upgraded with composites and lightweight metals to shed weight. That is key because Autocar says plans at the moment are for the primary engine to be a new V6 plug-in hybrid. The powerplant would be a development of the three-cylinder Ingenium engine designed for the Range Rover Evoque hybrid, replacing the current AJ-V6 motor that’s now 16 years old.

Designers will use the assignment to pen a new aesthetic language for the brand inside and out, the lavish cockpit to feature a lot more technology, autonomous driving aids, and perhaps touchscreen control of the transmission.

Jaguar says it isn’t targeting the volume of its German rivals – the XJ does about 20,000 units annually around the world, one-fifth that of the Mercedes S-Class. However, it is adhering to similar reasoning recently espoused by BMW and Audi. The S-Class is so popular that BMW is working on either a 9 Series sedan or an 8 Series coupe to compete at the upper tier of mass-market luxury, and the Audi A8 is credited as being important to the Ingolstadt brand as its technology flagship and model keystone. A new “super-luxury” XJ stuffed with wood and widgets makes sense for both those reasons.

If Jaguar carries through with the plan don’t be surprised to see a concept version in 2018 during the 50th anniversary celebrations of the nameplate, before reaching dealers in spring 2019. Now if they'd only agree to give us a new XK...