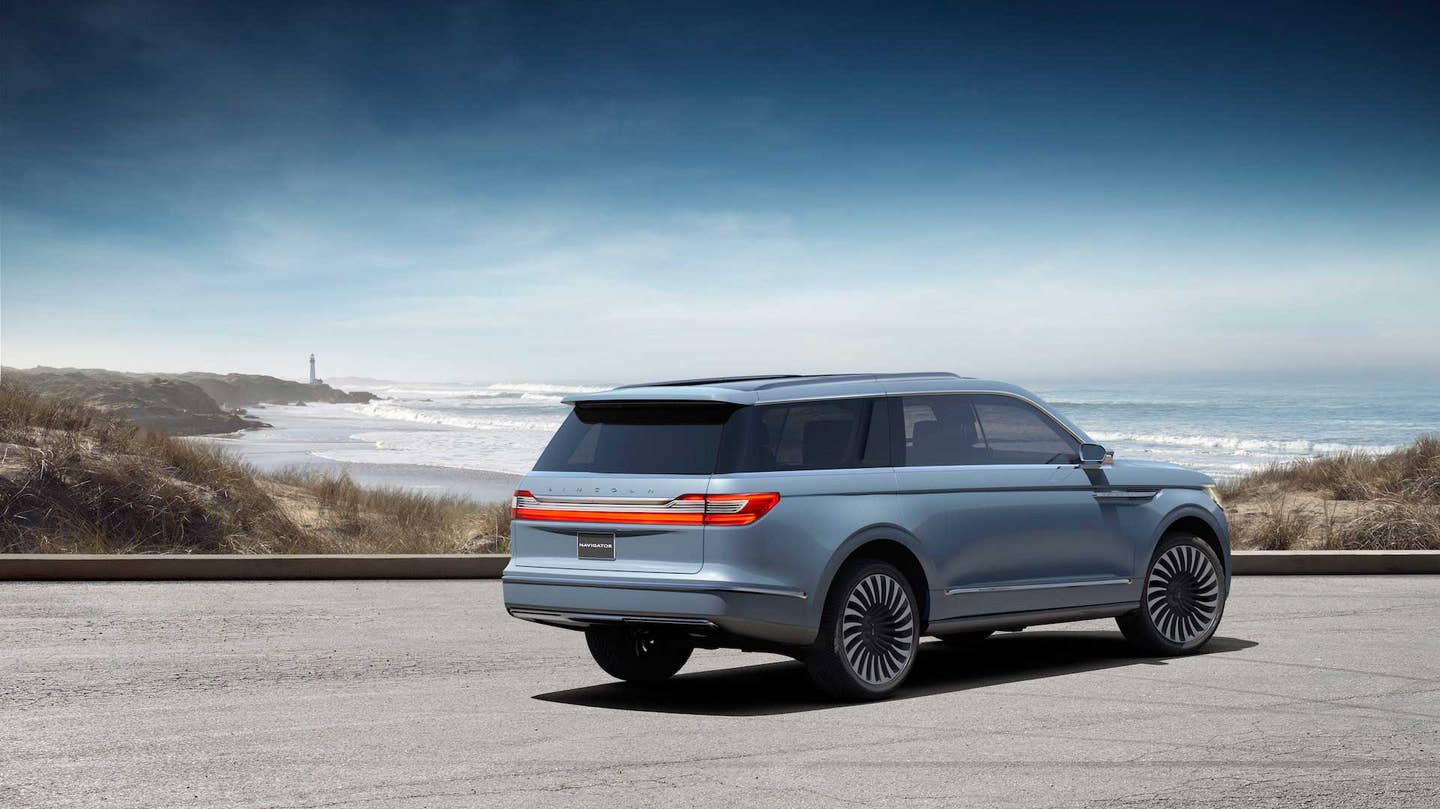 Take a moment to pity the Ford Motor Company. While GM and Chrysler sucked at the government tit amid the financial meltdown at the start of the first Obama administration, Ford quietly, defiantly, refused to take tax dollars. Instead, the Blue Oval dumped its assets, Jaguar-Land Rover and Mazda, and Volvo. But it kept Lincoln out of fealty to history. Eight years later, we have a new Lincoln Navigator—and Lincoln sales are dead flat, moving at a slower volume than in 2008.

You might blame weak, me-too models for the problem, and there's some merit to that. But even Acura and Buick are growing sales amid a booming market of cheap gas and near-zero interest rate car loans.

Instead, we blame pathetic marketing.

Tear the piano-black veneer off Lincoln’s current campaign, “Quiet Luxury,” and you see ossifying rot beneath. Rather than appealing to the younger buyers Lincoln desperately needs, it’s putting them to sleep. It’s like a Donald Trump dog whistle, but instead of bubbling up bigotry in old white people, it’s agitating their inner desire to buy a new Continental, slap on a vinyl landau roof on top, then trundle through the midday Scottsdale sun.

Want proof? The Lincoln MKX—that’s the Ford Edge-based, five-passenger crossover thing—has just about halved in sales in the U.S. since 2008, falling to 22,000 last year from 38,000 units eight years prior. Lexus sold more than 100,000 RX crossovers in 2015, and that was actually a decline from 2014. Hello Lincoln? Near-luxury five-passenger crossovers are the oxy of the current car sales boom. Why are you whispering “quiet luxury” when you should be playing rock 'n' roll in television ads, layering on the chrome, and showing your fat rides burning rubber?

Speaking of things bling, at a dinner at the New York Auto Show on Monday night, Lincoln debuted the Navigator Concept. We expect it to hit dealerships about a year from now, and be pretty much as baller-badass as the twin-turbo V6 concept, minus the gullwing doors. Without a doubt it looks great. And, so, for now at least, it's a life preserver in a sea of blood.

At that dinner, Lincoln's people kept crowing about growth in China, about average household incomes—about anything other than how desperately they need to grow sales here, in their home market, and how the hell that’s going to happen.

A new Navigator will help, sure. But it's not going to solve Lincoln's long-term branding problem, because there's just not enough movement in full-size SUVs anymore. Even the Cadillac Escalade, despite a recent remodel, hasn't hit pre-recession highs, barely breaking 21,000 sales during 2015. GMC does slightly better with its Yukon twins, but sales for the past eight years of full-sized, truck-based SUVs are essentially flat to negative across the board. If you're not hauling a boat you don't need one; Americans have discovered more manageable, car-based crossovers. And if you are hauling a boat, you’ll buy a quad-cab pickup instead, because that's cooler and more useful.

All of that’s lousy news for Lincoln and for “quiet luxury.”

Saddest of all, one of the brands Ford shed during the recession was Land Rover. It doesn’t sell the unit volume that Lincoln does, but it’s also not flat. Eight years ago, about 30,000 Land Rovers sold in the U.S; last year, that number crested 70,000. Like we said, Ford didn’t take your bailout money. And now, looking at poor Lincoln, we wonder if they regret that decision.