The Ferrari GTC4Lusso Is the New Ferrari FF

And it’ll be revealed at the Geneva Motor Show. 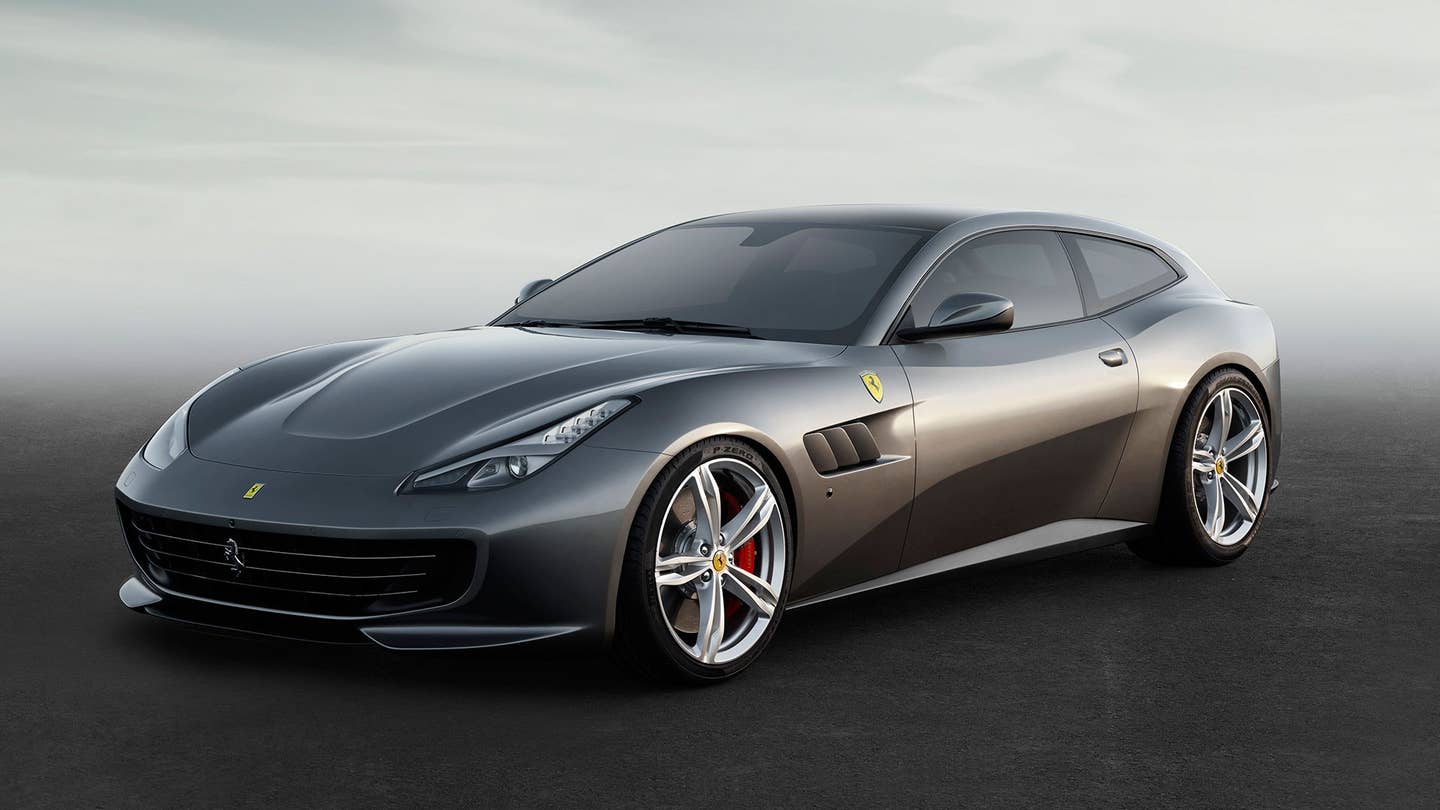 As the longest tenured model in Ferrari’s lineup, the FF—a four-wheel-drive, four-seater that made its debut in 2011—needed an update. That new car, the Ferrari GTC4Lusso, arrives next month at the Geneva Motor Show.

Like what you see? We do. It’s a fairly subtle mid-cycle refresh of the FF, with new styling that incorporates, among other things, a roof spoiler, fender vents and four individual taillights. While this ups the aggression quotient nicely and reduces this Ferrari’s aerodynamic drag, the improvements beneath the skin are more substantive.

These begin with the luscious 6.3-liter V12, mounted just aft of the front axle. Now with a 13.5:1 compression ratio, this 65-degree quad-cammer puts out 690 horsepower (up from 651) and 515 lb-ft of torque (up from 504). While Ferrari hasn’t disclosed the GTC4Lusso’s gearbox, we assume it will remain the paddle-shift seven-speed dual-clutch unit from the FF.

Perhaps more significant, Ferrari’s four-seater is now getting the four-wheel steering from last year’s limited-edition F12tdf. Via very slight automatic adjustments to rear toe, the GTC4Lusso—a car with 53 percent of its weight on its rear wheels—is able to corner with more speed because tail-out oversteer is reduced.

And chassis composure is at the heart of this model—after all, we wouldn’t be a bit surprised if the FF was created as a stylish way for erstwhile Ferrari boss Luca di Montezemolo to go skiing in the Alps. To that end, the new GTC4Lusso retains Ferrari’s four-wheel-drive system and sophisticated electronics, which now include the fourth generation stability control system that incorporates the company’s electronically-controlled differential and dampers. These magnetorheological shock absorbers offer the best of both worlds: precise bump control for a comfortable ride, and firm damping for added control in spirited driving.

Inside, as expected, the new GTC4Lusso exudes Italian luxury, with four stylish new seats and a large tachometer right where it should be: front and center. Wish you could smell the leather right now? We’ll have to wait until Geneva in March. Meantime, examine the photos and check out the smaller steering wheel, which has been made possible by a compact new airbag. Also, the multifunction HD touch-screen has been enlarged to 10.3 inches, making it much easier for the driver to see (and operate the various infotainment controls) while moving.

And what of the car’s new GTC4Lusso nameplate? Ferrari says it calls to mind three cars: the 330 GTC, the 330 GT 2+2 (a personal favorite of Enzo’s) and the 250 GT Berlinetta Lusso, considered by many to be the prettiest Ferrari of all time. While the new GTC4Lusso won’t go down in history as one of Modena’s most striking cars, it’s undoubtedly the most capable.