The worst-kept secret of auto journalists: We all love station wagons. I'll take the Benz, please. 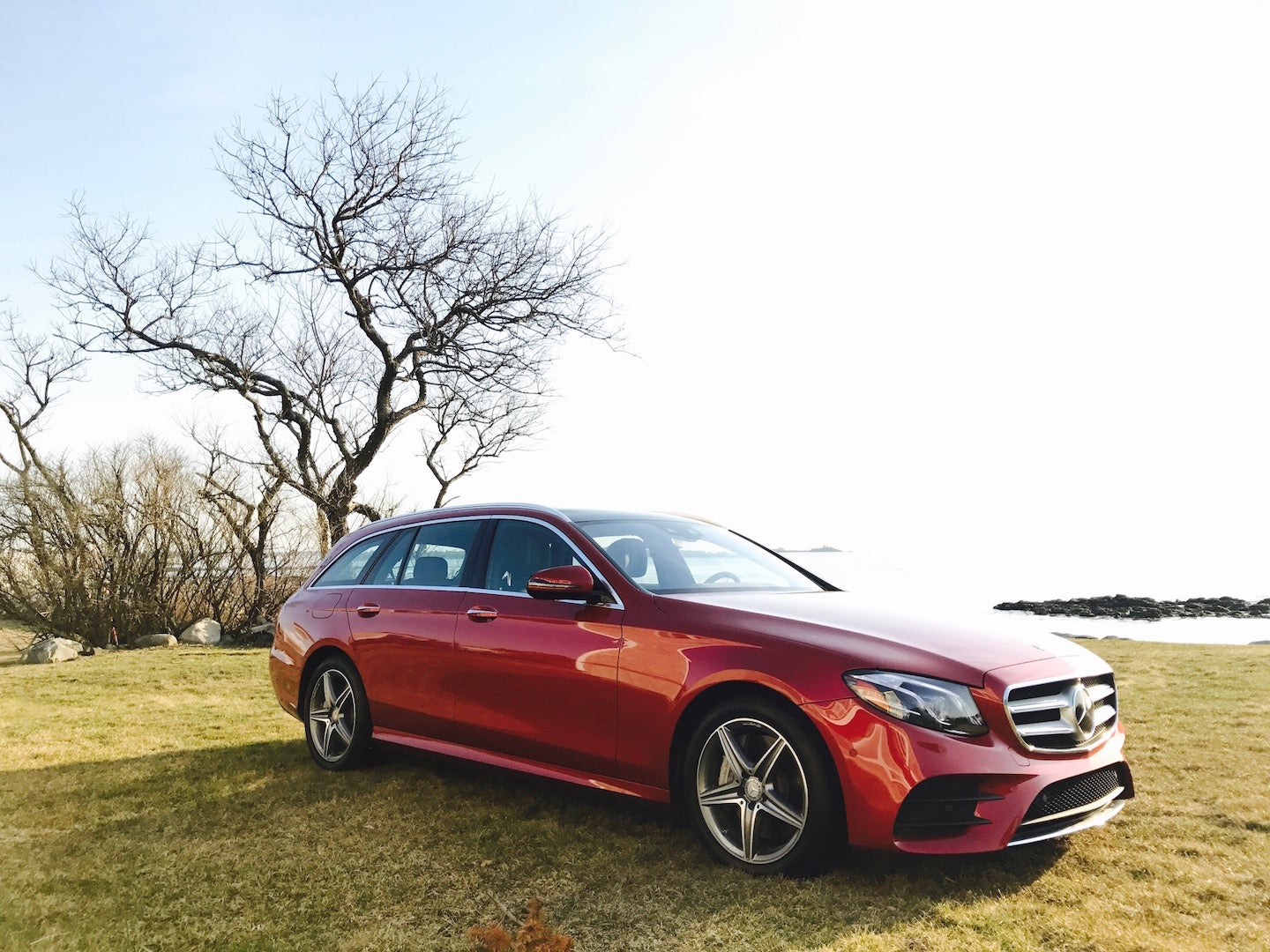 Welcome to Critic's Notebook, a quick and off-the-cuff car review consisting of impressions, jottings, and marginalia regarding whatever The Drive writers happen to be driving. Today's edition: the 2017 Mercedes-Benz E400 4MATIC Wagon.

In a world—my world, the world of car writers and auto nerds who spend workdays in Lamborghinis, Ferraris, BMWs, and the performance variant of everything—the true measure of a great weekend is whether or not we got a chance to take out a station wagon from the press fleet. There are only a few station wagons out there—the exquisite Volvo V90, the Audi Allroad, the occasional BMW 3-Series wagon, and, I suppose, the Subaru Outback, though that's more of a lil' truckster. Once upon a time, Cadillac made a CTS wagon that knocked my socks off, but it went the way of, well, the station wagon.

My family never had a Mercedes-Benz E-Class station wagon, a lovely scythe of a car that traces its bloodline back to the 1970s and the W123 chassis, but rarely made its way to the United States. Before she bought a first-gen Chrysler Caravan—the wagon-killer—she wheeled us around in GM bigboys: the monstrous Buick Estate and Chevy Caprice Estate.

Station wagons represent one of the smallest (and shrinking) slices of car sales in the United States. In the context of the age of the crossover in which we live, the decline makes sense: Once your eye-line is lifted those 10 to 15 inches in a crossover, it's hard for most people to ride lower again. A connoisseur knows better, and the station wagon is a connoisseur's car: it is stylish, comfortable, has impeccable handling, and plenty of car space with none of the frankly ungainly proportions of a crossover. It is what a smart consumer should buy. Sadly, smart consumers have gone the way of the, well, the station wagon.

Today's Mercedes Benz E400 4MATIC wagon, with a twin-turbo-charged V6 that comes in standard all-wheel-drive, has a buyer among the wealthiest in the Mercedes consumer pool. And that consumer is heavily concentrated in California (22 percent) and New Jersey, New York, and Massachusetts (23 percent). It should appeal to anyone tempted by a crossover in any market. But it doesn't. Our loss.

It is my firm conviction that the station wagon is going to eventually disappear in the United States—down the same niche hole that swallowed the coupe and which will eventually consume the flagging sedan. As long as gas prices in the United States are heavily subsidized, the SUV and crossover will determine the marketplace, and the crossover stomps the station wagon.

On the other hand, auto journalists adore station wagons. And that's not fake news.