The 911 GT2 RS Could Lap The 'Ring in Under 7 Minutes, Hints Porsche 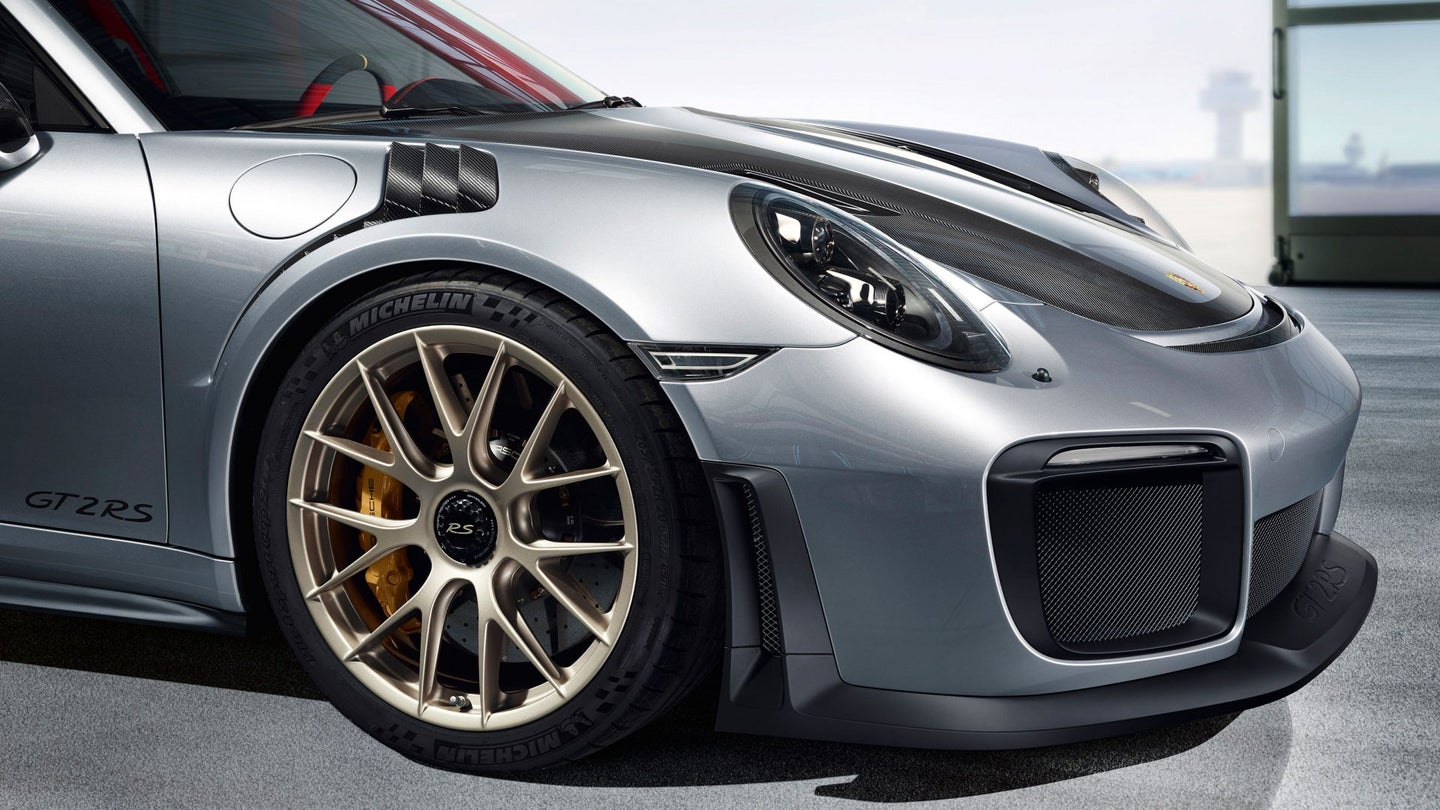 Back in April, when Porsche said it no longer held Nurburgring lap times in high priority, the statement came with the caveat that stopwatch-based pursuits would not go away completely and that, eventually, "the Empire will strike back." It looks like that little movie will come in the form of the recently revealed 911 GT2 RS.

Speaking to Australia's Motoring at the Goodwood Festival of Speed, Porsche Motorsport and GT vice president Frank-Steffen Walliser dropped a sly hint about how fast he expects the new GT2 RS can run around the famed Nordschleife. "This is the seventh generation of the 911. It’s all about sevens… It’s 700hp but it’s no seven at the Nurburgring." Strong words considering they've reportedly yet to take the car on any official timed laps. "Wait and see. Give us some time and we will check it," says Walliser.

If the GT2 RS does end up breaking the seven-minute barrier, it'll join a club populated by Porsche's own 918 Spyder hypercar, who lapped the 'Ring in 6:57. That record was toppled by the controversially mighty Lamborghini Huracan Performante, posting a blistering 6:52 back in March. (The current record holder, if you weren't keeping track, is the McLaren P1 LM with a 6:43.)

Speaking of the Lambo, when asked specifically whether or not his new 700-horsepower creation could usurp the fastest from Sant'Agata, Walliser didn't pass up on the opportunity to throw some competitive shade.

"I will say one more thing about [the Nurburgring lap-time]… We use the tires we sell to the customers. We use the engine that the customer will have in his car. This is the Porsche approach. I’m not going for lap times that the customer cannot achieve. Full stop… No comparison to competitors, but that is how we do it."