How Motorcycle Training Makes You A Better Driver

Keep your eyes up. See, and be seen. 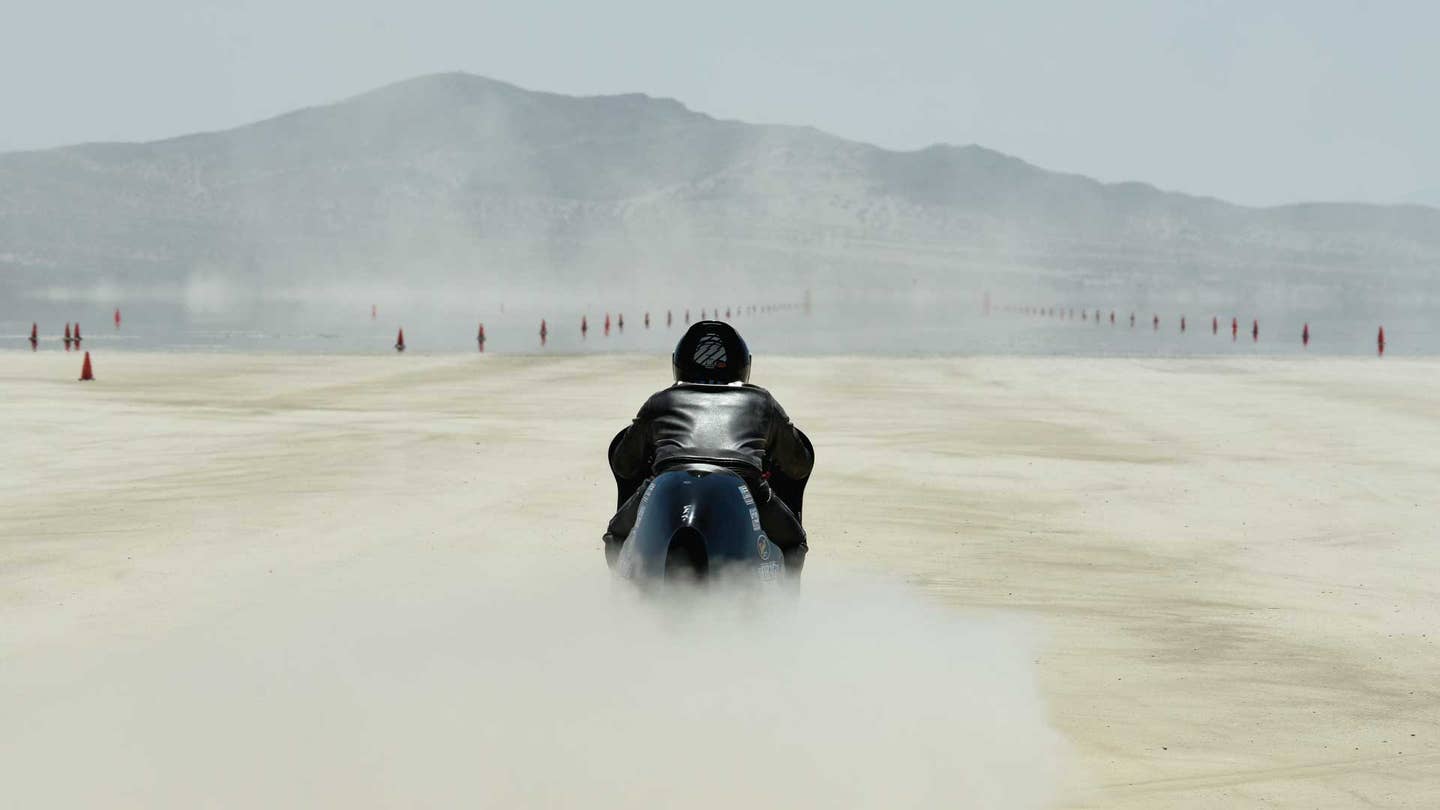 I was one of those idiots who, years ago, bought an old Honda CB750, then procured a learner's permit and went straight out onto Southern California's treacherous freeways. I was a naturally cautious rider, but knowing what I know now, I consider myself lucky not to have ended up as a greasy spot on the pavement. Motorcycles can be dangerous, and that's why learning to ride one – if gone about the right way – can improve your driving behind the wheel of anything and everything.

This time around, I decided to do things the right way and I took a Motorcycle Safety Foundation-approved course with Apex Cycle Education, in Stafford, Va. The course spanned two-and-a-half unseasonably cold days in April, and packed in a lot of knowledge. With the exception of the controls and a few other little things, almost everything I learned was applicable to driving a car. There's only one reason it all came across so much more clearly in a motorcycle course than it did in the driver's ed course I didn't pay attention to when I was 15: Everything you do on a motorcycle can lead to a wheelchair or a funeral.

"Some y'all need more time own a bike if y'xpect to remayne alahve lowng," he drawled. He'd watched one of our classmates totter off into the weeds on the edge of the tarmac a few times when his bike got away from him (somehow, he shaped up for the skills test).

Here's what I took away from the class:

- See and be seen: This one's pretty simple. Many drivers don't see motorcyclists because they're relatively small out on the road. Don't assume that because you're on four wheels instead of two, that they can see your car. When you change lanes, consider where you are in relation to other cars. If you're entering a new lane slightly behind another car, assume its driver can't see you, and that he or she may decide to merge into the same space.

- Have an exit strategy: Whenever you're driving – particularly in multiple lanes of traffic, it's a good idea to consider where you would go if a hazard popped up. If a sack of concrete falls off the janky construction truck three cars ahead of you, did you leave yourself enough space to swerve out of the way, or are you going to be wearing a cement overcoat? In heavy traffic, it's almost impossible to leave any daylight in front of your car, but try to leave as much space as possible so that you have enough room to stop if something happens.

- Consider other people's blind spots: All vehicles have them, and I'd be willing to bet that people who own cars with those little cross traffic warning buzzers grow accustomed to them going off all the time. After a while, those things tend to be like the boy who cried wolf. That said, assume that other drivers can't see you when you're approaching in a blind spot. Big trucks have huge blind spots, and you don't want to be in the way when a tractor trailer moves over.

- Slow, look, press, roll: Turning is one of the best parts of driving. The change in direction excites a sensation that causes pleasure in every activity from skiing and surfing to jumping around on a pogo stick (unless pogo sticks make you seasick, in which case, I'm sorry). The idea here is to slow down going into a turn, look through the turn to see what sort of curve you'll be dealing with, execute the turn and roll smoothly onto the throttle (accelerator pedal) to maintain a steady speed and good weight balance. Exactly the same on a bike as in a car. Which brings us to our next item...

- Brake in a straight line: If you brake too hard while turning a motorcycle, bad things can happen, especially if you pull the front brake excess force (wham!). Many among you may have noticed that slamming on your brakes in the middle of a turn creates the opposite of the desired effect. Instead of improving a situation that was causing you anxiety, it causes the weight of the vehicle to shift forward, pushing the car further out of the corner (and possibly into an embankment, fence or off a cliff) or swinging the rear end around in an uncontrolled skid. No bueno. Get most of your braking done before the corner.

- FINE-C: This stands for fuel, ignition, neutral, engine cut-off switch, clutch. I know what you're thinking: What's this have to do with driving a car? Let me explain. When I walk into a parking lot and hop in my car to drive somewhere, I'm always amazed at how quickly other people can jump in and roar away. Didn't they put on a seatbelt, check the mirrors or take a gander at the engine gauges? Apparently not. FINE-C is a reminder to be systematic about using your machine. It's not a toy, and it's not a subway car. It's a several thousand-pound rolling thing that you're responsible for, so jumping in and speeding off isn't a great idea. Your own and other people's safety depend upon your situational awareness. Take your time! Pretend you're going through a WWI biplane startup check list: seatbelt, park/neutral, clutch in/foot on brake, mirrors, CONTACT!

- TCLOCS: Yep, another mechanical acronym, this one a checklist of things you should look at before taking off on a ride: Tires and wheels; controls; lights and mirrors; oil and fluids; chassis and suspension; stands. Obviously, a car doesn't have a stand, but it does have a parking brake, and lights, and all that other stuff. The mechanical checklist is the relic of a bygone era, but contrary to popular belief, cars – even the new-fangled autonomous ones that will be driving us around in the not-too-distant future – are machines. Machines have problems. Like the people who made them, the best way to keep machines healthy and safe is prevention. Did you check the tire pressure this week? No? Low tire pressure can cause a blowout when you're going 70 mph on the freeway, which could lead to a wreck. Did you check the oil? No? Even a new car can leak oil if there's a problem, and you could wind up facing a $5,000 engine replacement bill. Worse yet, a big slick behind your car could cause an accident later. Take care of your machine and it will take care of you.

- Mental attitude: This is one of the most important and most often overlooked facets of motor vehicle operation. What's your state of mind when you get behind the wheel? Are you tired, frustrated, angry, or mourning a recent dumping by the girl you thought was going to watch Nets games with you until you were both too old to drink an entire $13 stadium beer by yourselves? You probably shouldn't be operating a motor-anything. Fatigue, anger, sadness and ill health can lead to cloudy judgement, which won't help you much if/when things go wrong.

- Risk management: When you drive, think about skill, risk and possible outcomes. Do you really want to slalom through cars at rush hour? Probably not a good idea, even if you think you can do a fine job of it. Why take the risk? If you really, really want to go fast on the highway, think first about all the things that can go wrong – stopped traffic, truck debris, cops – and what can happen if things don't go so well. You don't have to philosophize, just take a moment to assess possible outcomes.