But it's also got some holdups. Also thanks to, you know, COVID-19. 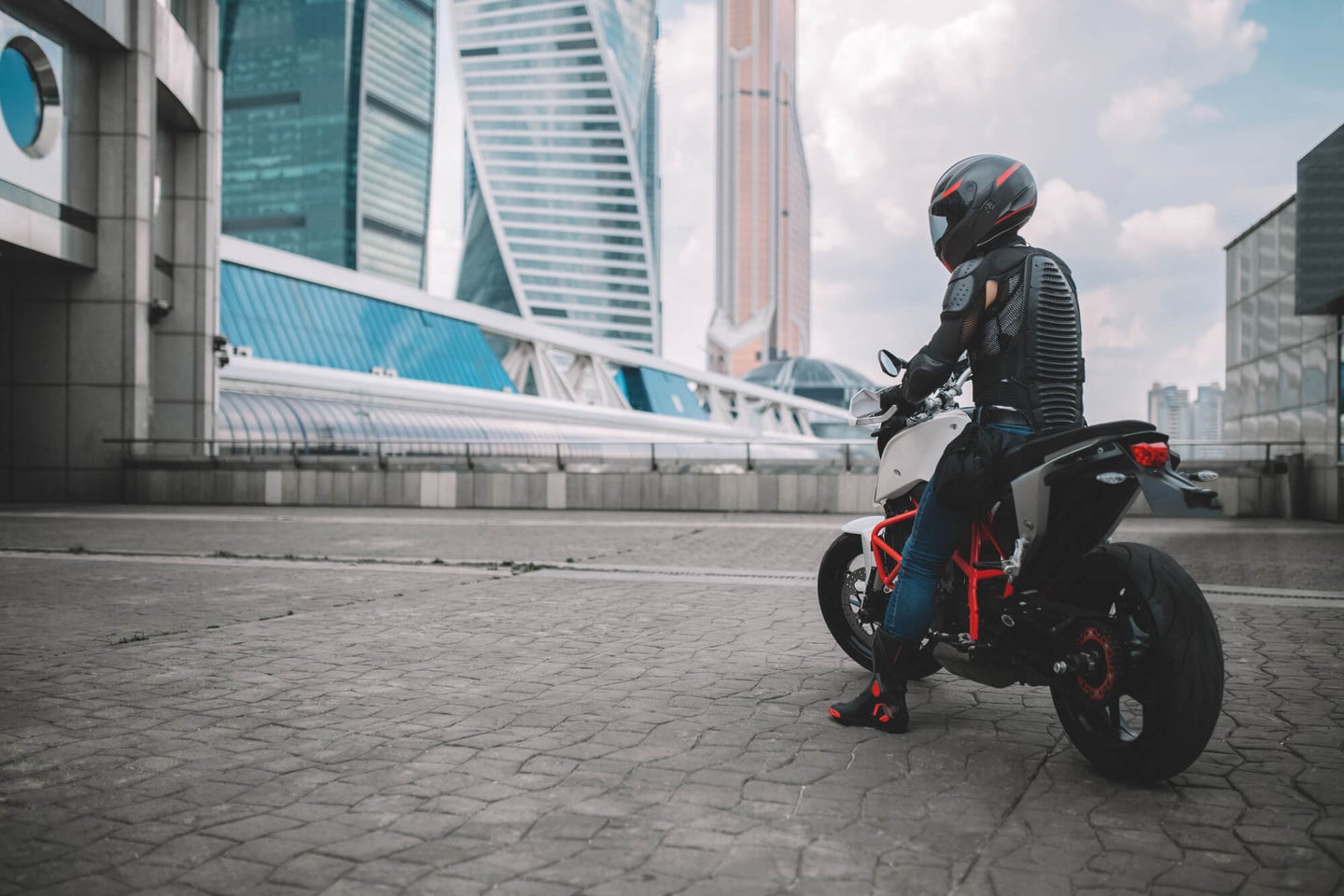 Unlike much of the rest of the world, motorcycles have long been treated as toys by American riders: hogs and crotch rockets, not legitimate ways of navigating a city every day. But with COVID-19 lockdowns clearing our streets and people everywhere reimagining their commutes, the virtues of metropolitan motorcycling are finally gaining mainstream prominence.

According to interviews with The Drive, as well as a recent report in Bloomberg, many states are sold out of Motorcycle Safety Foundation classes through July and commuting by motorcycle seems to be increasingly considered by the driving public. But that has its own holdups, as state-run or sanctioned motorcycle endorsement classes are slow to return amid the outbreak.

“Riding a motorcycle is less expensive, more efficient, and often faster than commuting by car,” said Ducati Motorcycles of North America spokesman Jason Chinnock in an interview with Bloomberg. “COVID-19 has caused consumers who may have waffled about getting on a motorbike to reassess the risk.”

Chinnock’s projections may materialize in the coming months, if certification classes can get revved up again. From Oregon’s Department of Transportation funded classes to Des Moines, Iowa’s certified instructors at Big Barn Harley-Davidson, classes are either backlogged from months of absence or nonexistent.

Bay Area Motorcycle Training, a family-owned and California Motorcyclist Safety Program certified school serving San Francisco, Oakland, and Vallejo, is experiencing the influx of fledgling motorcyclists first hand. “I’ve had quite a few conversations with older people who have never ridden a motorcycle,” said the school's Red Rogers in an interview with The Drive.

Bay Area Motorcycle Training accounts for 20 percent of Bay Area rider training and is experiencing unprecedented technological and spatial challenges, Rogers said. Teaching the classroom portion of the Basic Rider Training on Zoom posed accessibility issues for an older crowd and those without computers, she said. Now that the riding portion of the class is in jeopardy, “City College of San Francisco allows us to practice in their parking lots and they shut us down unexpectedly,” she said.

Even so, their Basic Rider Course offerings are sold out into August, and Rogers expects the calls to continue.

The lack of state-to-state uniformity in COVID-19 regulations carries over into the realm of motorcycle education. The Illinois Department of Transportation approved Cycle Rider Safety Training Program, administered by Harper College in Chicago and the surrounding areas, has canceled all classes through August 16 while riding academies in Seattle, Houston, and Baltimore are only sold out through the end of June. In Chicago and Des Moines, local Harley-Davidson dealers aim to fill in the gaps where state-run sessions or independent riding academies are falling behind.

The reality of in-person instruction in vital safety programs evolved as well. New York State’s Motorcycle Safety School implemented social distancing protocols including a maximum of six students, daily disinfection of class motorcycles, a health screen questionnaire, and a requirement that each student bring their own protective gear. The Motorcycle Safety Academy in Baltimore also decreased the number of students in each class.

What about bike sales? We know car sales have been terrible during the pandemic and motorcycles haven't exactly been flying off the shelves in recent years. Getting younger people into bikes has been a persistent challenge for the industry.

With the exception of the early months of 2020, the U.S. motorcycle market has been still since 2012. According to Motorcycle Data, “Looking only at the motorcycles segment, in 2003 only about one-quarter of U.S. motorcycle riders were 50 or older. By 2014, it was close to half. The market has been cruising on a demographic that may only be able to buy one more bike and the trend is not changing.”

But with increased fears of public transportation and comfortability on two wheels growing, specifically through electric motor scooter services like Revel and Scoot, predictions like Chinnock’s could come to fruition. Here's hoping it does—and let's legalize lane splitting while we're at it.