A custom-built Moto Guzzi V9 by Revival Cycles was revealed at the Handbuilt Show in Austin, Texas, during the MotoGP weekend 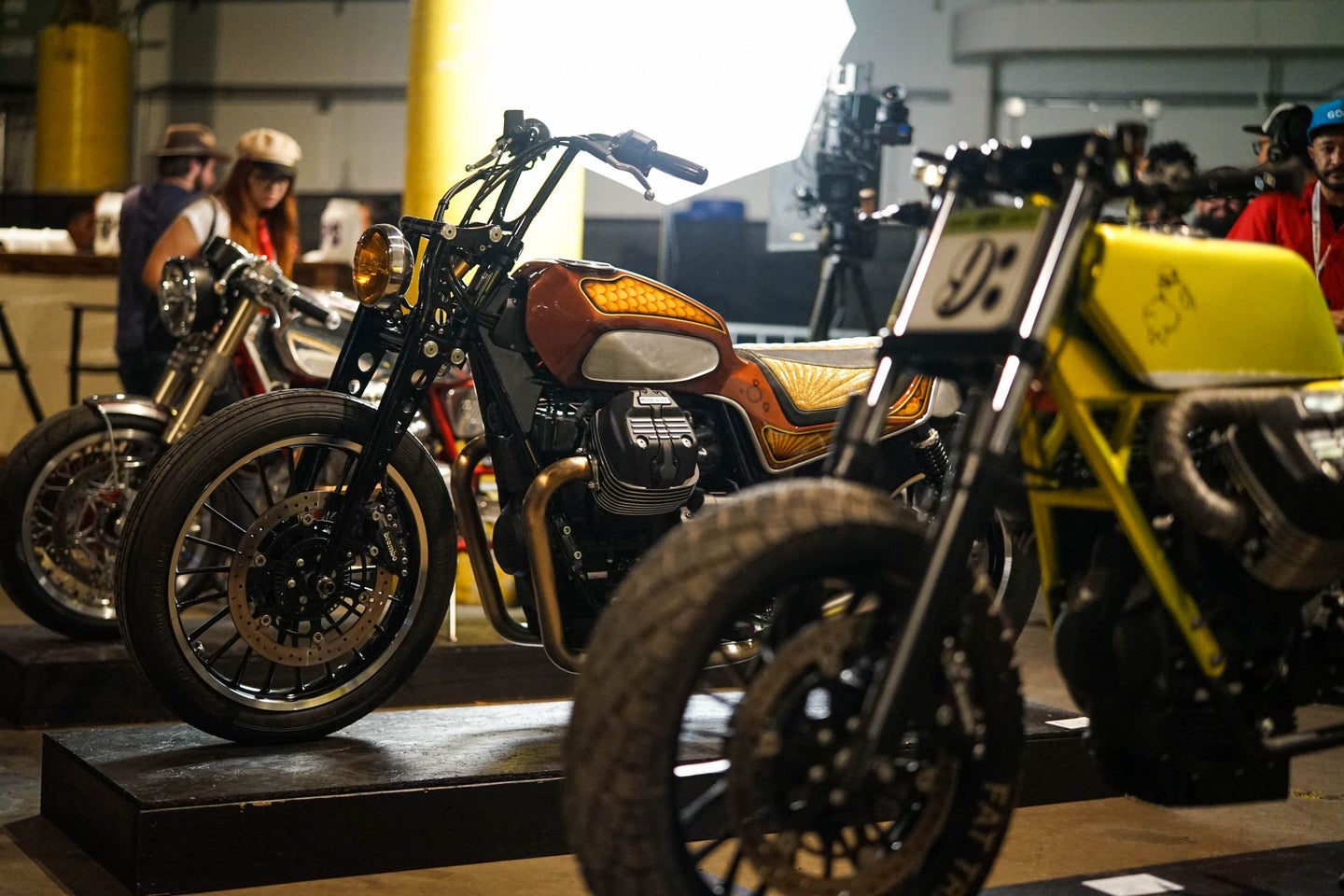 Revival Cycles, host of the annual Handbuilt Show that takes place each year in Austin, Texas, during the MotoGP race weekend, revealed its brand-commissioned custom Moto Guzzi V9 at this year’s event, alongside other custom V9s.

The Moto Guzzi V9, which has a classic retro signature style due to its chassis proportions, café references, and sit-up rider position, was chosen by Revival Cycles as the base bike for this build that reaches even deeper into 1970’s styling and customizer trends. The Revival Cycles custom features a one-piece tank and seat with painted metallic sunrises that are picked up in the saddle's pleated gold metallic vinyl. The bobbed tail end of the seat and a semi-cone styled muffler add to the classic lines.

This Moto Guzzi V9 custom’s front suspension is a standout creation of its own that’s not just heavy on aesthetic styling but also engineered for function. The conventional fork legs were completely replaced by a hand-built girder-style front end that sports a miniature damper behind the headlight.

"I love most things from the ‘70s: cars, music, art, and motorcycles," said Andy James, lead fabricator at Revival Cycles. "This build is an homage to that era with a nod to what was going on in the Southern California chopper scene at the time. The most challenging part of this build was making such a modern bike look the part of a proper ‘70s custom machine."

This bike is a representation of the growing trend that features modified Japanese and European models which are popping up in shows across the States.