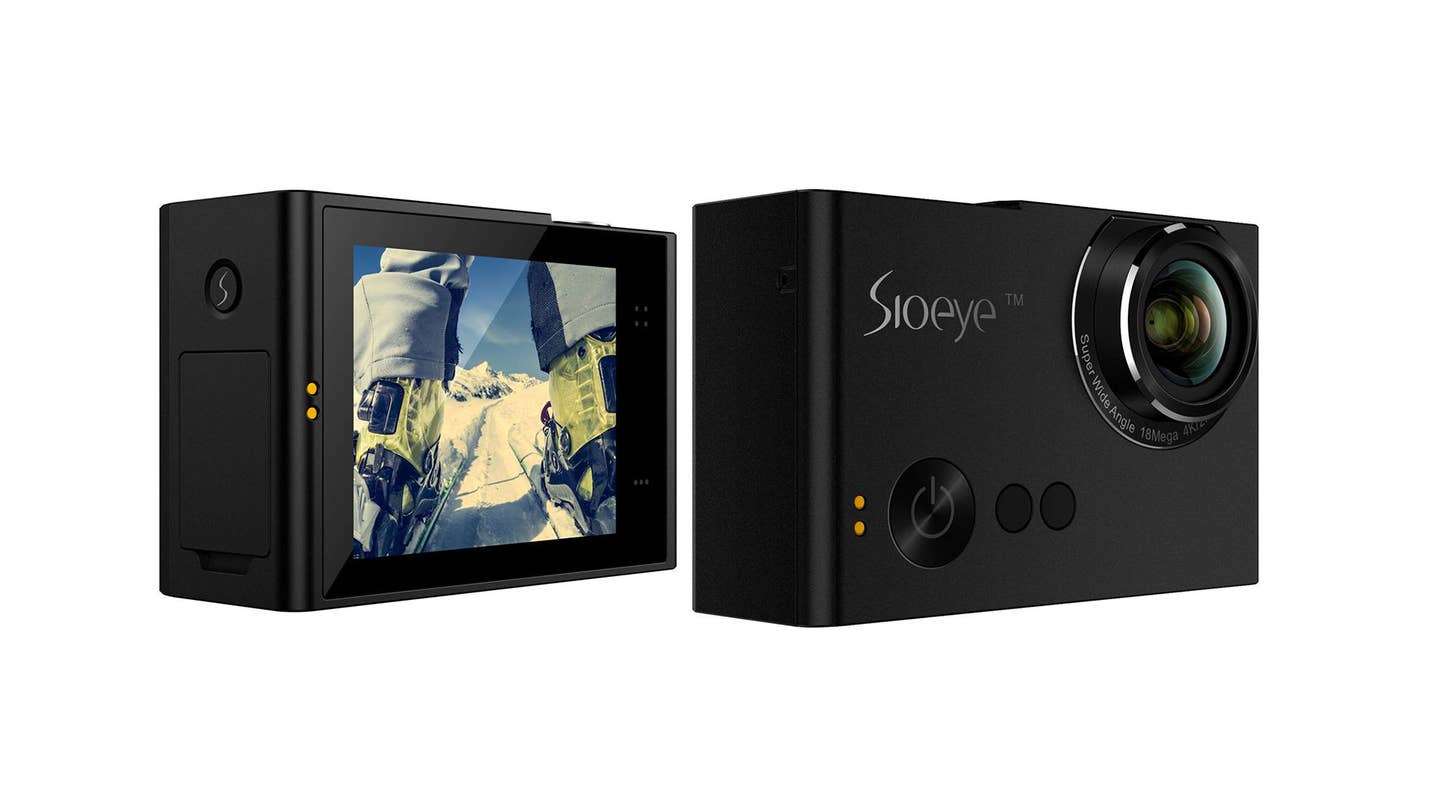 If you’ve done rally training with The O’Neil School, hot laps  with Skip Barber, or even just a high-performance driving event with the local SCCA, you know the drill. You pit after making a dozen mistakes all over the track, and the instructor tells you, after the fact—where you effed your line, where you braked too late or downshifted too early. It’s a good-but-not-great form of instruction. Because, unless you have a photographic memory, it’s nearly impossible to recall every turn and every mistake; an instructor, unlike you, can take notes while you’re in the heat of battle.

But a new camera, the Sioeye Iris4G, which just debuted on Kickstarter, could change all that. The idea? Live-streaming 480p video via LTE cell signal directly to anyone you’ve invited. In theory, that means driving instructors could get a cockpit’s-eye-view of you driving on-track, then use two-way radio communication to easily bark in your ear simultaneously. (If your instructor is a more a Deepak and less Full Metal Jacket’s Gny. Sgt. Hartman, you might get coo’d at rather than insulted.)

Sioeye says the Iris can be used with any unlocked LTE SIM card from AT&T or T-Mobile. While the live-stream beam is in fairly puny 480p, the thing can natively record in 1080p. It also has onboard g-sensing and speed tracking, which you can bounce to the video output. And because it’s being built on an Android OS, Sioeye anticipates developer apps that can tap directly into the metrics. Our dream: Live lap telemetry overlayed onscreen, and potentially ranking your speed vs. your prior personal bests/the competition in every corner.

Delivery is being promised next spring—just in time for track season.