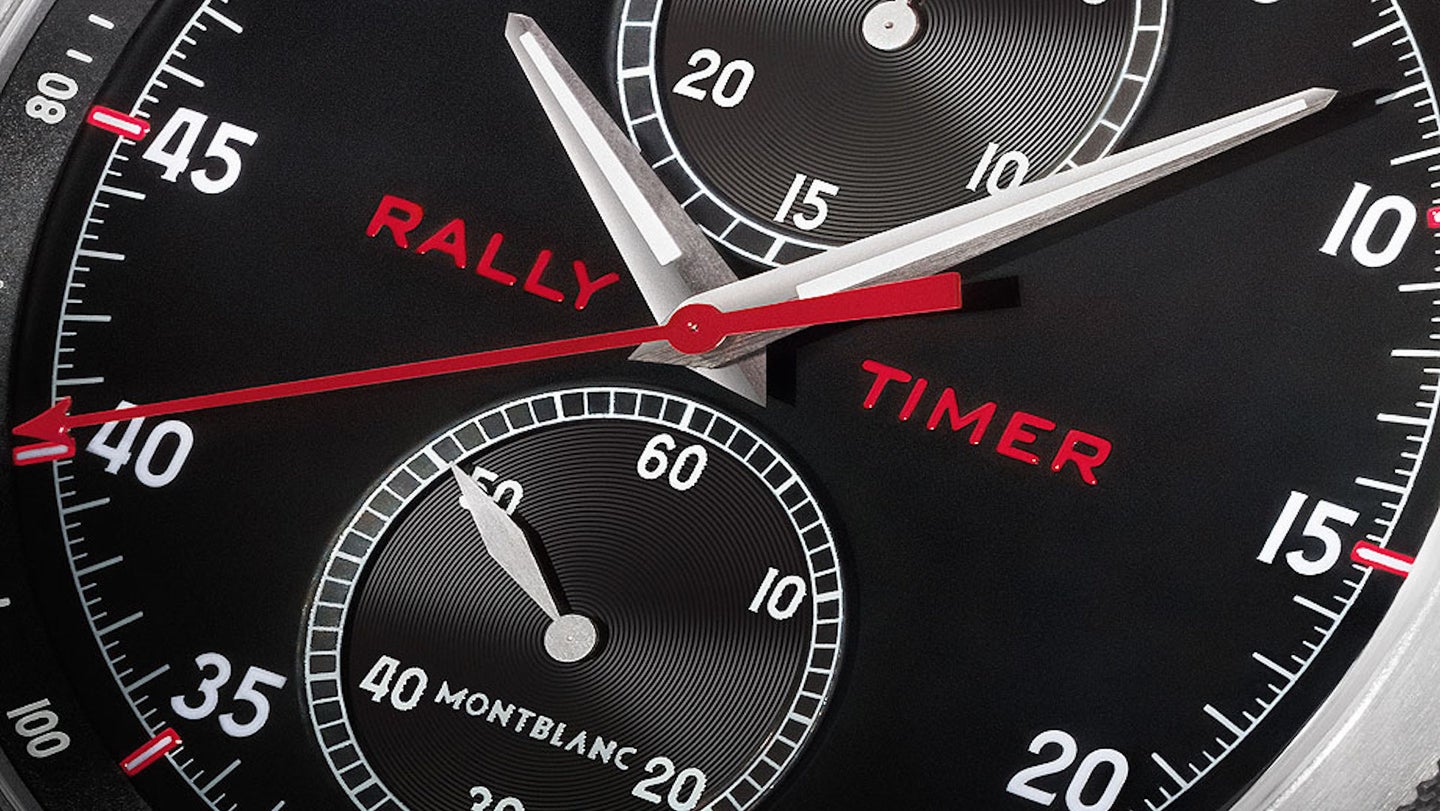 Rally stopwatches are as old as the sport itself. The definitive dash timer, the Heuer Autavia, was introduced in 1933, a purpose-built device for both racing cars and airplanes. (Hence, "Autavia," a portmanteau from automobile and aviation). The low-profile chronograph banked minutes on the top register and hours on the bottom, reserving its center hand for seconds. Production continued throughout the Eighties, and you can find the Heuer on the dashboards of everything from original Mini racecars to 911 RSR hillclimb specials. But the Autavia might have just met its match.

Enter: The Montblanc Timewalker Rally Timer Counter 100 Limited Edition, unveiled the Salon International de la Haute Horlogerie watch show in Geneva. Instead of Heuer’s Autavia, this new chrono takes inspiration from early Minerva dash clocks. Inside, you’ll find Montblanc’s caliber MB M16.29 inside, aping Minerva's caliber 17.29, one of the prettiest manually-wound chronographs ever made. But the real sell here is versatility. In an ingenious twist, the Montblanc Timewalker Rally Timer works like a regular rally timer, but can pop out of the dash mount; titanium legs deploy from the caseback, transforming it into a handsome desk clock.

Still not impressed? The Montblanc Timewalker Rally Timer also comes with a specially-engineered leather strap, allowing you to slap it on as a wrist-worn chronograph. Better yet, the dial can rotate up to 90 degrees, letting drivers angle it for prime readability with a hand on the wheel, or resting on the shifter.

As the name suggests, this limited-edition piece is set for a 100-unit production run; as you might’ve guessed, pricing will make each one near unobtanium-grade. Expect this new Montblanc to come in at $40,500, or thereabouts, depending on the exchange rate. But for the gentleman racer set, the Timewalker Rally Timer’s functionality blows the doors off any diamond-encrusted tourbillon.