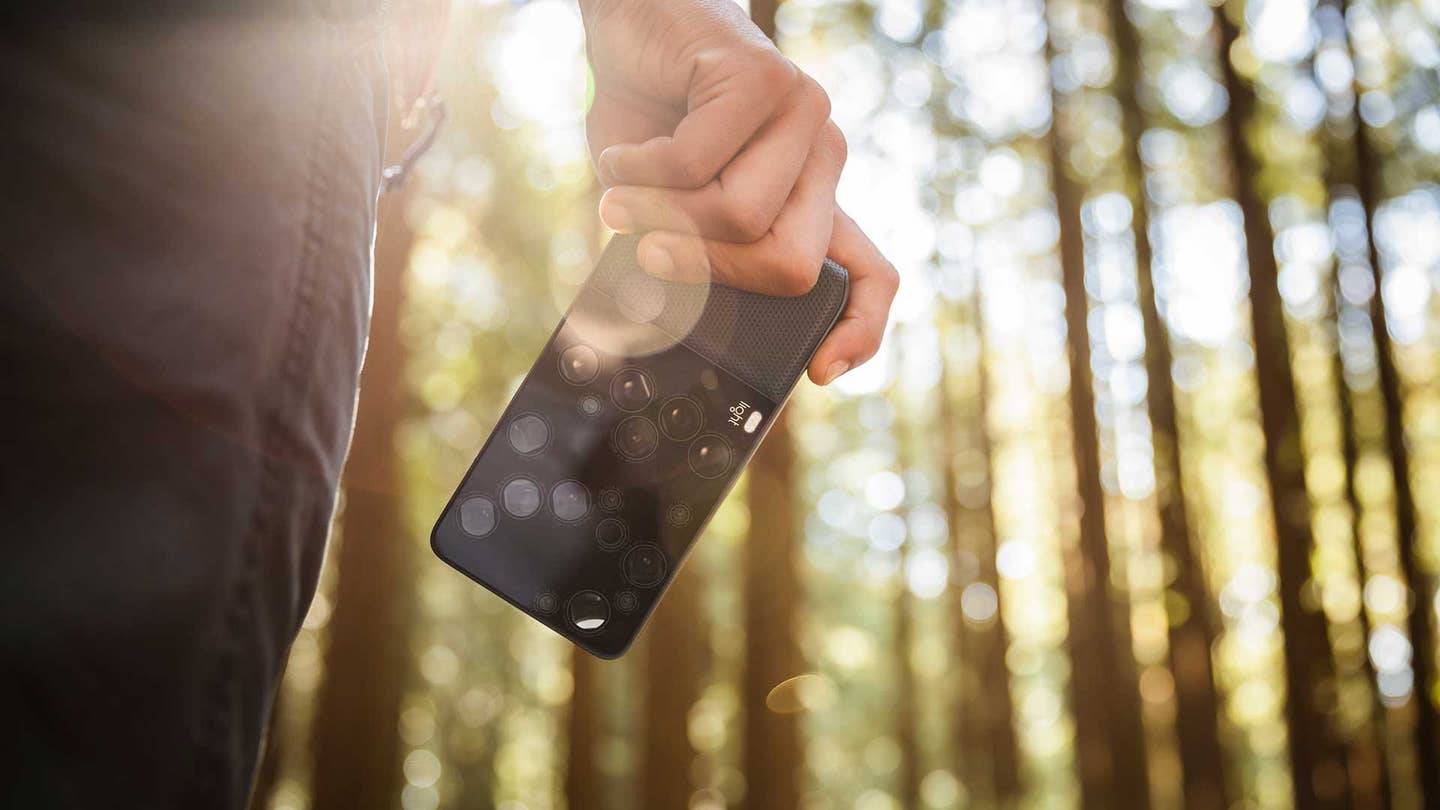 If you travel the world with cameras slung over your shoulders, you already know the problems. They’re targets for theft. They put a damper on spontaneity. Their attendant lenses, battery chargers and filters take up loads of room in a bag. Also, they’re fragile, and they’re unholy-expensive. But really, the biggest problem with the modern digital camera is that the things are just too damned big.

It’s worth it, of course, but every now and then an iPhone shot comes along that puts us in our seats and we start to wonder: Isn’t there a better way?

A Silicon Valley start-up called Light almost certainly had the same thought. Its L16 camera shares its form with a smartphone, and shares a processor, too. Everything else onboard supports a clever arrangement of 16 separate cameras, spread across the business end of the L16. Up to 10 of the cameras will fire at a time, and a presumably complicated algorithm will assemble the resulting data into a 52-megapixel monster.

It’s a very clever system. Five familiar-looking fixed 35mm lenses stare out from the camera front, while an additional five 70mm lenses and another six 150mm lenses hide behind periscope-like mirrors, thinning out the camera considerably. A touch screen, some computer magic and you have a camera that can be focused after the moment the photo is taken, and a system that handles low light with aplomb. Both are big wins over your iPhone, but taken together the L16 debuts a suite of technologies that might well savage the traditional single-lens, single-sensor camera.

And it’s about time. Lots of casual photographers could benefit from the longer lenses and higher resolutions of the L16, but travel and automotive photographers need those longer lenses. For perspective, for safety, for whatever. Sure, covering the front of your camera with more cameras might just up your odds of snapping images of the bottom of your thumb. And sure, you’ll freak some people out when you point the spider-eyed L16 their way for the first time. But cars don't care what the camera looks like, and neither do I.