And, unlike the shape-shifting coupe, you’ll actually be able to buy these kicks. 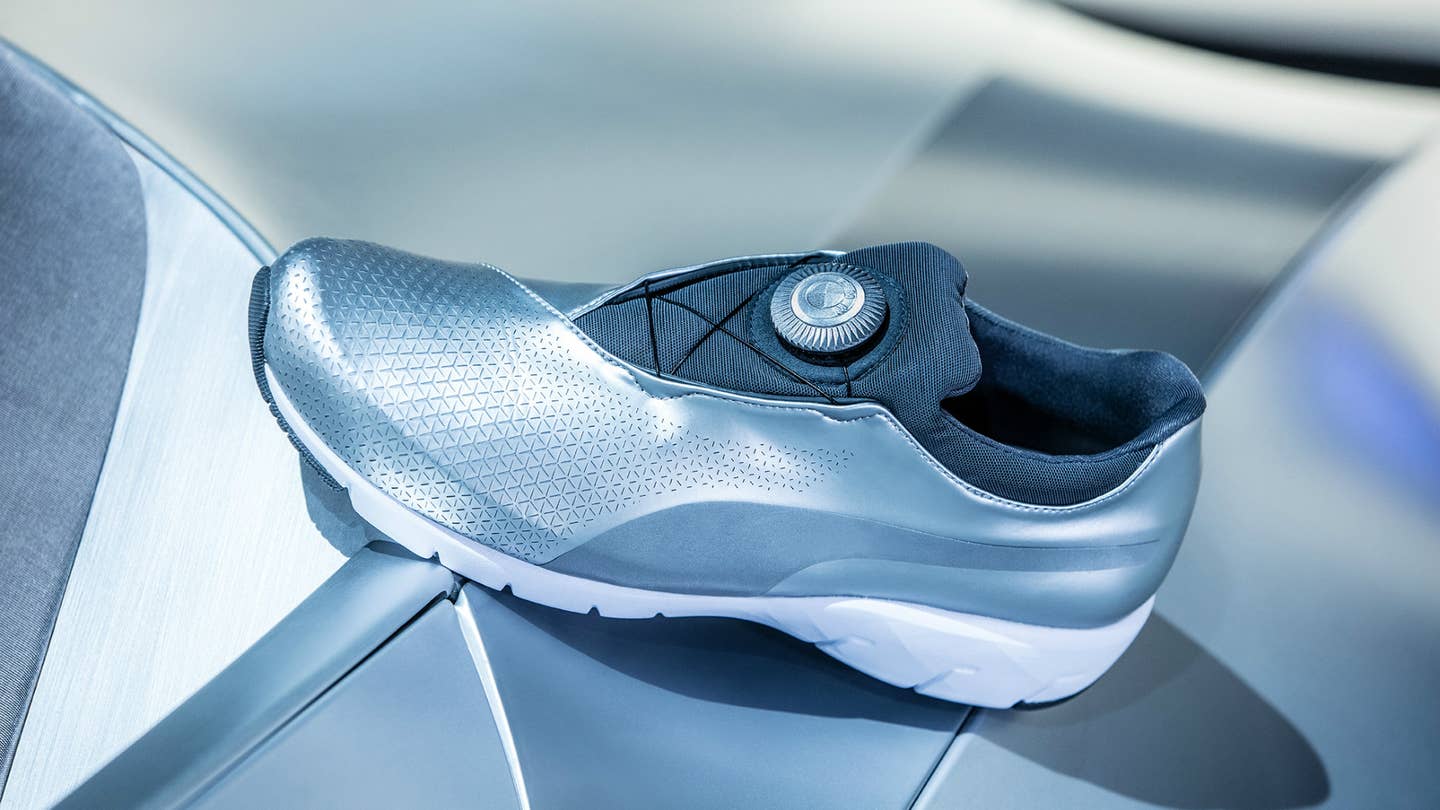 Remember the BMW Gina Concept? That's the curious, fabric-shell concept car the Bavarians rolled out in 2008. The thing made waves, and not just on account of its acutely gynecological name. The Gina’s claim to fame was its exterior, which used electronic and hydraulic actuators to tighten and slacken the body panels, lending a configurable appearance—basically, a shape-shifting car. Now, nearly a decade later, BMW Designworks has applied that technology to a pair of sneakers.

Meet the X-Cat. Created in collaboration with Puma, the shoe uses the Gina’s lightweight, polyurethane-Spandex exterior fabric. There's only one layer of the stuff, sans seams, which BMW says “wraps around the foot like a second skin.” That sounds creepy, but Puma’s DISC technology part just sounds flat-out cool: Instead of laces, the X-Cat uses a rotating wheel-and-wire assembly on the tongue, which opens and closes the shoe.

And while the original Gina was pure reverie, these kicks are a reality. The X-Cat is slated to go on sale in Puma stores and online starting July 1.