Lessons in Obsolescence From a Camper Stove

The ultimate investment is something that’ll outlast you. 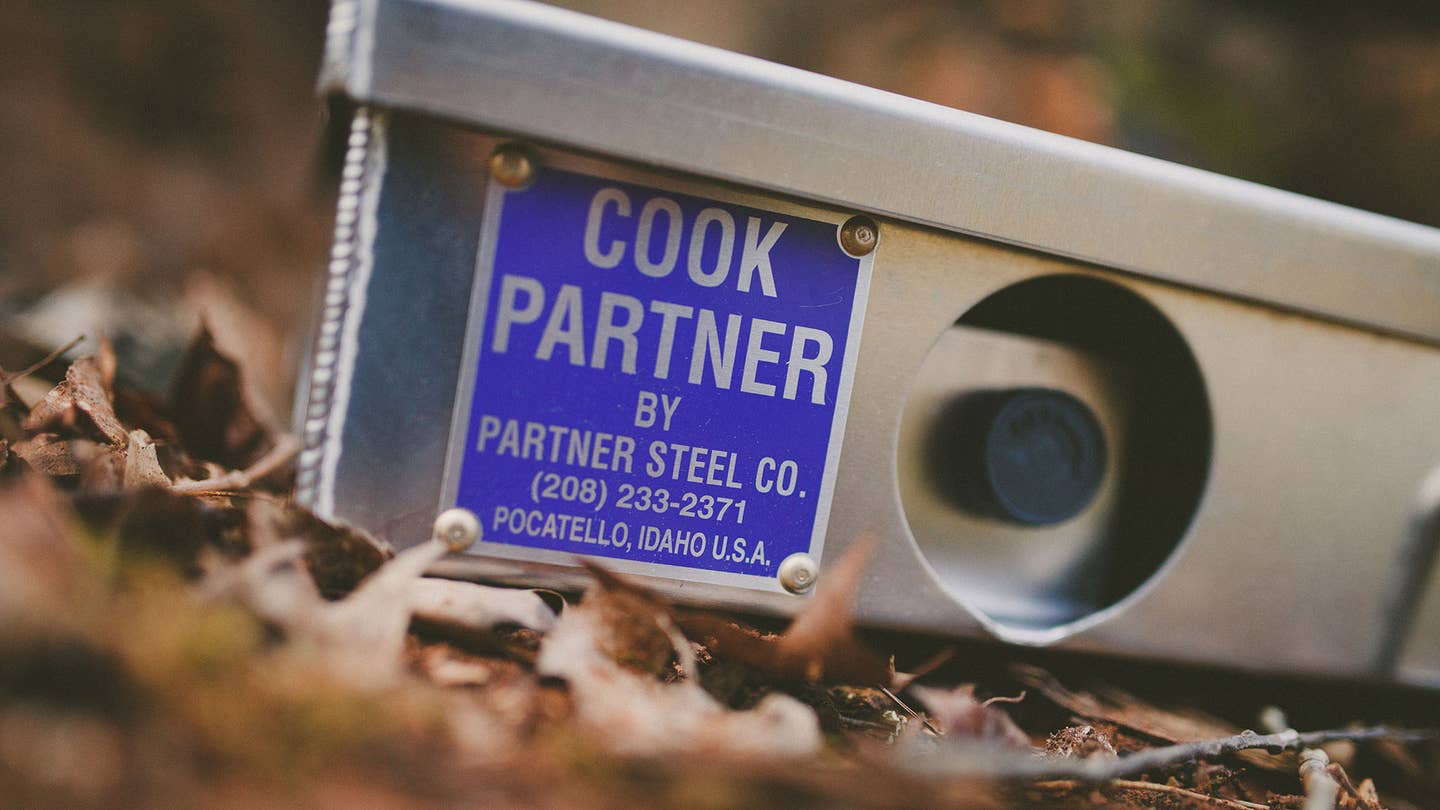 I had a moment of panic when they bolted the flatbed onto the Dodge. There it was, staring me in the face. The 63 square-feet we’ll call home for the next year. It’s a tiny amount of room. Unfit for a bathroom or closet or bedroom, let alone all three, plus kitchen and dining room. It stoked that now familiar whisper.

What the hell have I done?

The camper is small. That is its virtue and its curse. And while it’s easy to panic at the thought of sharing that miniscule footprint with wife and child for one long year, the reality is the camper isn’t our living space. The world is. Save for sleeping and rainy days, I don’t plan on spending any more time under its roof than absolutely necessary.

There are few pleasures as sweet as cooking outdoors, and while the camper has a stove of its own inside, I wanted proper portable cook stove. This presented a problem. The camp stove landscape is broad and varied, pocked with disposable crap that’ll maybe last a few years of occasional weekend use. Not the kind of thing you want to rely on morning, noon, and night for a year.

So, once again, I turned to the Vehicle Dependent Expedition Guide, or, as I’ve taken to calling it, The Bible.

It goes on at length about stoves. About how maximum BTU output matters a hell of a lot less than controlling the heat, because you don’t boil bacon. Buried in The Bible’s “Cooking and Food” section were a couple of throw-away sentences that grabbed me by the nose:

“The indestructible Partner Steel stove, originally intended for professional river guides, is one of the one to have if you think of camp stoves as potential heirlooms. Possible secondary uses include deployment as a wheel ramp for working under the vehicle.”

Understand that, right now, we’re still sorting through our belongings at the house. Pairing down. Shuffling it all into piles according to what’s coming with us, what’s being saved, and what’s getting left behind. So much of it is flimsy. Trash. Worthless trinkets we paid for in money and time. It’s so easy to fall into the false trap of value, to believe that cheaper means better, to buy into the intoxicating Wal-Mart doctrine that a great number of shitty things trumps a small number of great ones. No more. The words “indestructible” and “heirloom” are my magic.

So I found Partner Steel online. They’ve been sticking metal together in Idaho for years, and they’re proud of their stoves. Our new 22-inch beast weighs more than an Abrams and cost nearly as much. It’s a gorgeous thing. Beautifully industrial. Made of nothing but sheet aluminum and some welds. And as much as I winced laying down the cash, it helped knowing my daughter will probably use it with a child of her own, one day. She’ll whip up French toast on a frosty morning, then tell the worn tale of how her parents once lost their minds and tore off for a year in the wilderness.