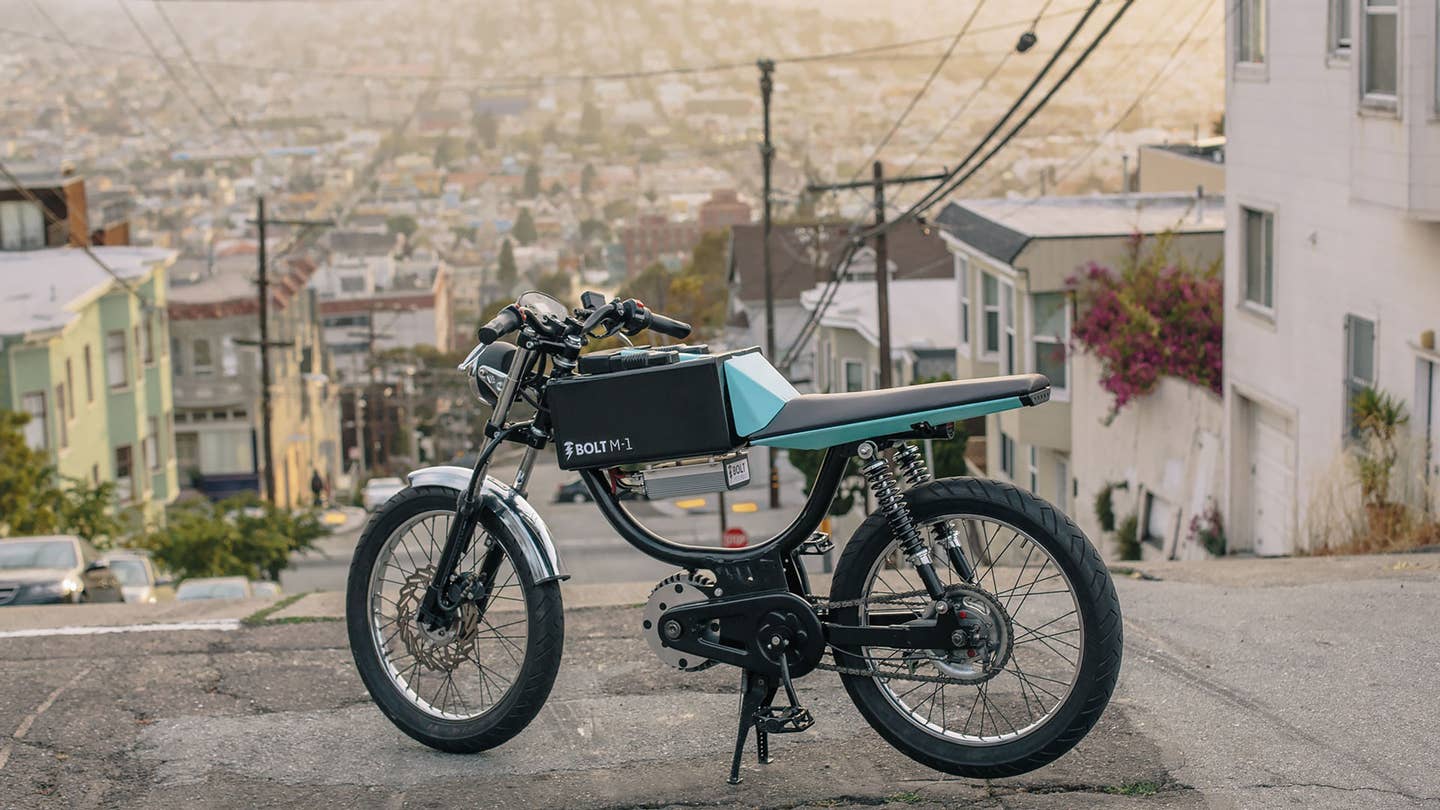 Kia plans to bring a full-size SUV concept to the Detroit Auto Show this year. Information is scarce on the ground, but with Chrysler bringing a new Town & Country, this could be the year that minivans exacted revenge on the SUV.

Volkswagen has debuted a gesture-controlled infotainment system that it plans to stuff in the new Golf for the 2018 model year.

The 2017 Chevy Bolt EV will be arriving in late 2016 and will boast a 200-mile range. Although pricing has not been officially announced, Chevy says the vehicle will be “affordable.”

Not only are watches a great accessory, but they’re also really good at telling time… especially when you iPhone dies. Rather than being at the mercy of our smartphone, invest in an ultra-durable Lum-Tec Combat B26 wristwatch.

We love bikes and motorcycles, so of course we are going to love a bike-motorcycle hybrid. Fortunately, the geniuses at Bolt Motorbikes have invented a lightweight hybrid contraption capable of traveling 35 miles on a single charge and hitting a speedy 40 mph.

Sure, many of us fancy ourselves all-knowing beer connoisseurs, but that’s often far from the case. Rather than playing pretend, pick up the Ultimate Book of Beers and get learnin’.

The Red Bull Frozen Rush is taking place at Sunday River Resort in Newry, Maine, this weekend. Starting on Jan. 8, high-horsepower trophy trucks will take to the slopes and race one another on a snow-covered course. Too much awesome will ensue.