The Jeff Goldblum trinket you never knew you needed, and a true-to-period Ford Explorer. 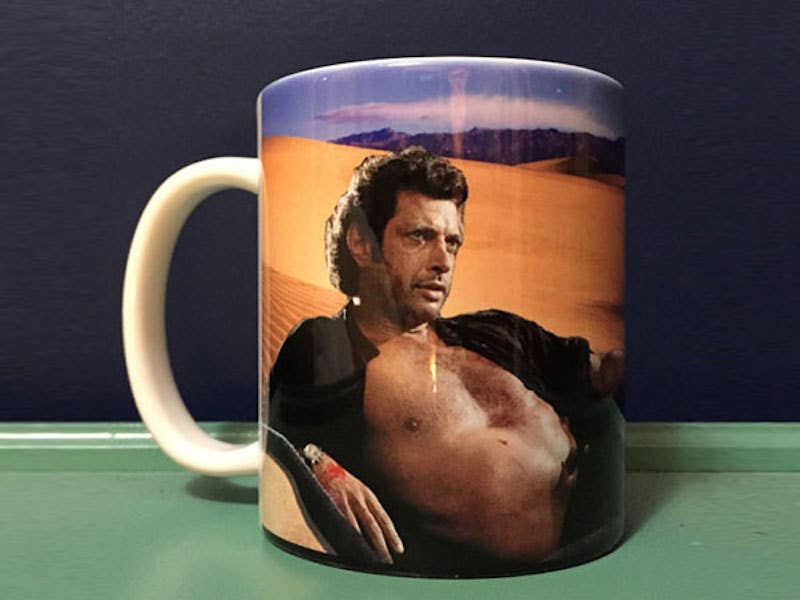 At this point, many suffer from blockbuster fatigue. As soon as Hollywood figured out it could make $1 billion on a movie worldwide—with less dialogue and more explosions to ease translation to other markets—they’ve barely looked back. Marvel and DC have disgorged just about every superhero in their catalogues (Antman? Really?) into the nation’s multiplexes; the two Pirates of the Caribbean sequels each cost over $300 million to produce. We’ve gone from the simple animatronics of Jaws to CGI starship overload.

Jurassic Park, though, that was a nice middle ground. Realistic dinosaurs and gore for the youngsters; all that rich, Spielbergian interpersonal drama for the adults. But what really elevated 1993’s biggest blockbuster was the serious, the sensual, the Semitic: Jeff Goldblum.

Frankly, his exclusion from action movies since—the intergalactic turd that was Independence Day notwithstanding—is a major mistake. If, like us, the ‘Blum makes you blossom, you need this high-quality, Goldblum-wrapped mug. It’s from Etsy, so it’s made with love, and the seller notes that the art should withstand many washings. We wouldn’t want Jeff’s nipples wearing off, would we?

After sipping a cup of Joe out of Jeff, why not continue the theme, and rock out in this 1994 Ford Explorer XLT. While it doesn’t have the jungle paintwork or central, T. Rex-finding screen of the movie car, this quintessentially Nineties, forest green Explorer boasts only 28,000 miles and a pristine interior. You may want to swap out those Firestones, though.

Match Set: The Book of the Dead and a Van for ‘Heads

A new and comprehensive history of The Grateful Dead is out. Read it in this bus.

Upgrade your bar car with Titantic-themed glasses, and besmirch your driveway with a Viper pickup.

Making necessary purchases to be with the one you love.