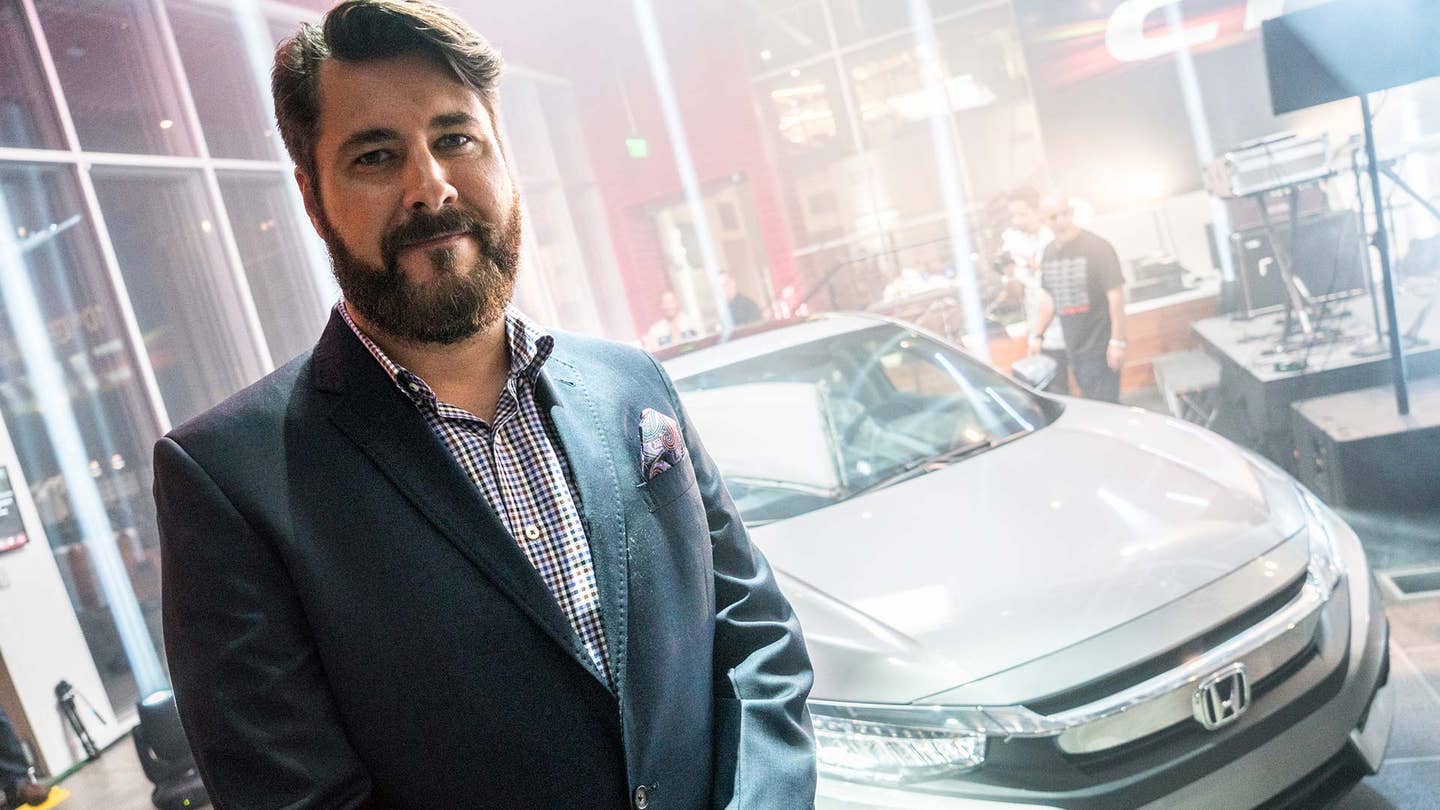 Jarad Hall starts sketching and tying ideas together the second he picks up a pen. Plaid and beardy, he’s like a tall Bob Villa, with the soothing narrative style of Bob Ross. Hall’s beaming a little through his whiskers. An hour after I meet him, the cover will come off the 2016 Honda Civic in front of fans and journalists and a live band, and all the rest of the world watching via YouTube. And because Hall is the Exterior Lead Designer, he’ll beam a little harder. Crisp lines, evocative openings. Larger and more luxurious too. It’s a bold, up-market design for the Civic. By the numbers, this is the most important new car we’ll see all year. And unlike the outgoing ninth-generation car, Hall’s vision for the 2016 Civic doesn’t have any eye toward gentle evolution. Or subtlety. Here’s the story behind that shape, in his words.

“We’ve pushed the A-pillars further back than the previous Civic. It really emphasizes this section through the hood, and creates more emphasis on the power that’s underneath, those turbo engines. The last car looked cool, but it looked economical. By doing this we push into another class. This speaks to performance, and power, and it takes the whole car a notch up. There’s something under here, something exciting. It’s not just an economy car, this is something you’re going to want to drive.” 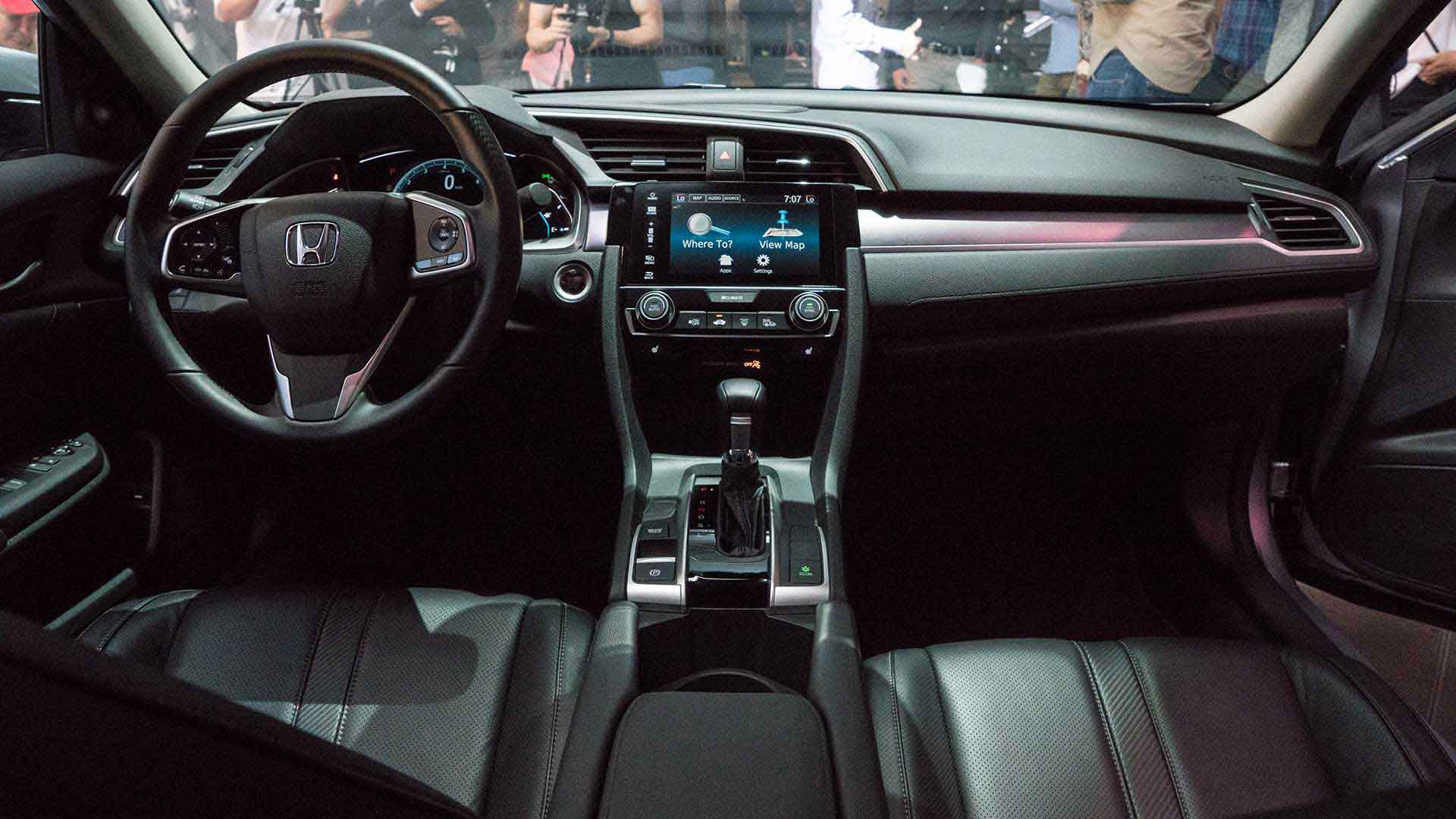 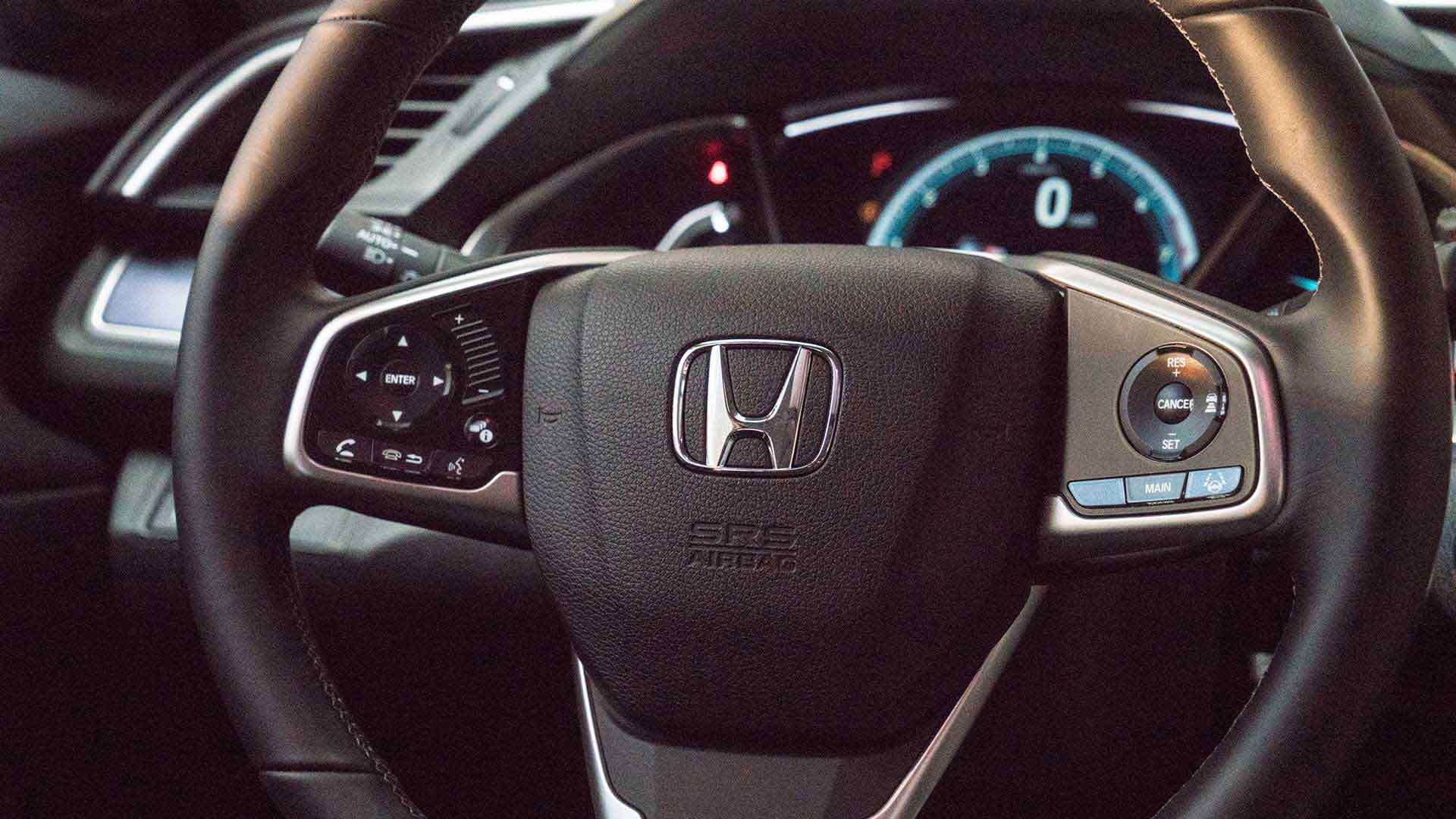 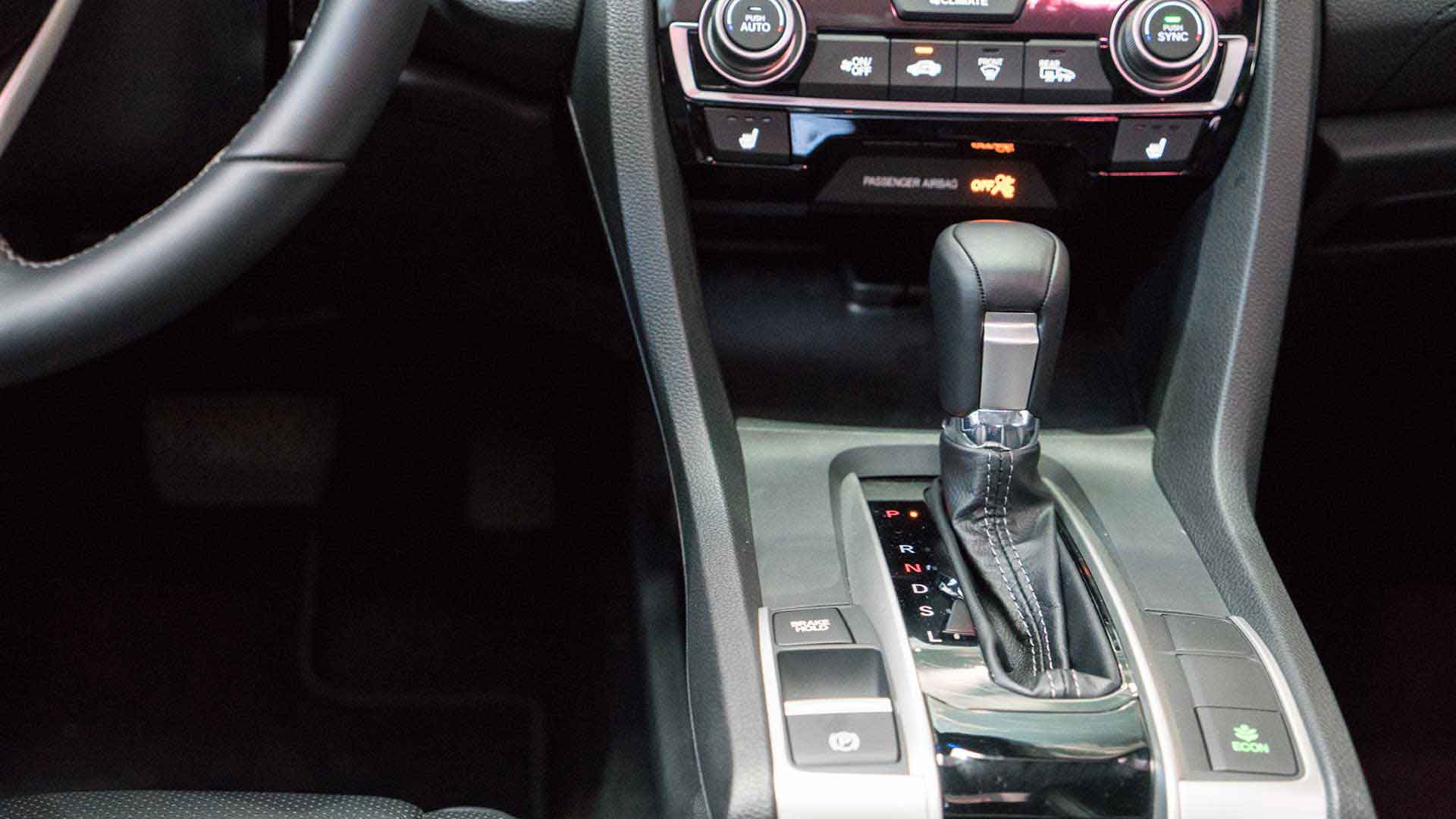 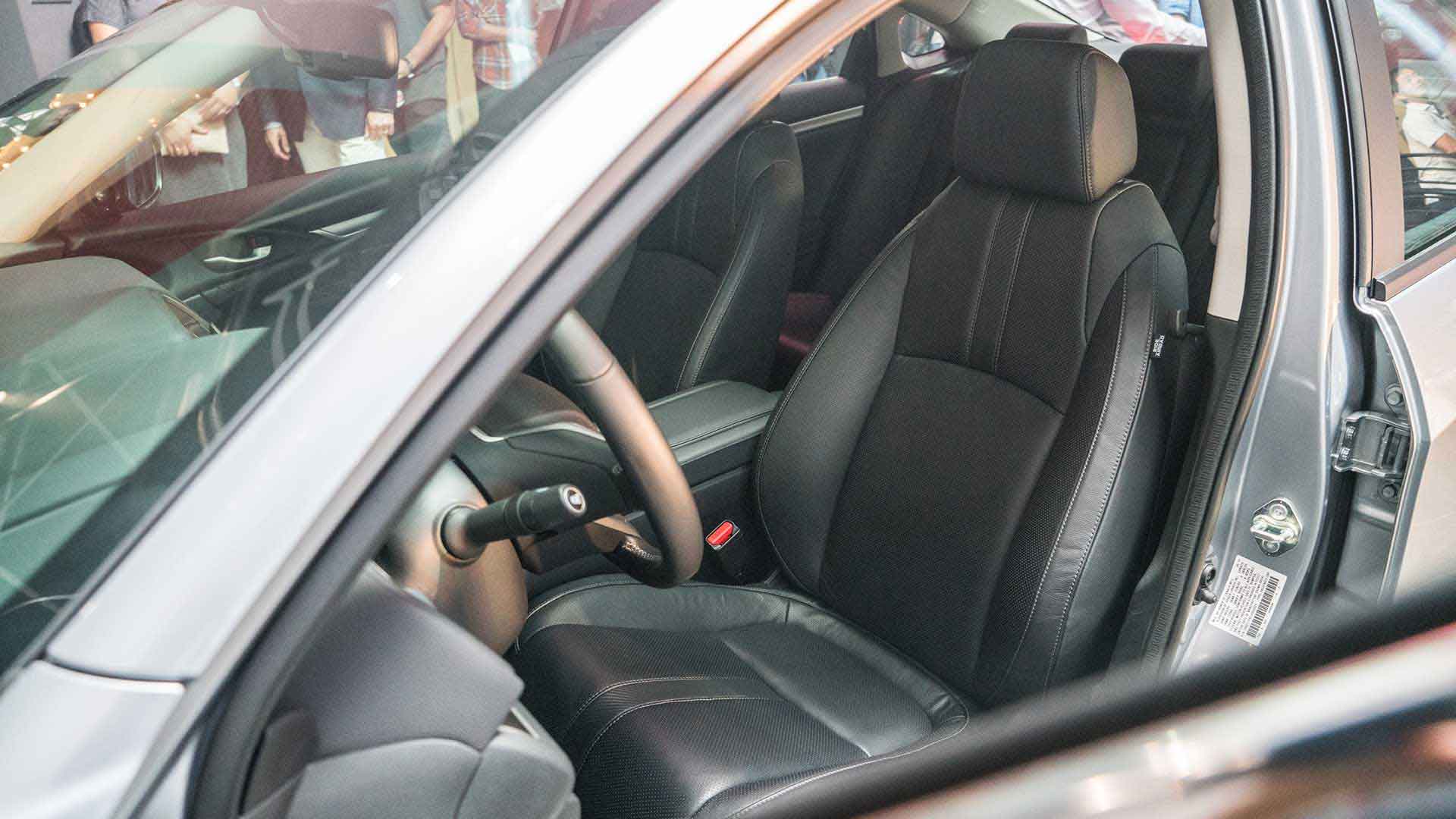 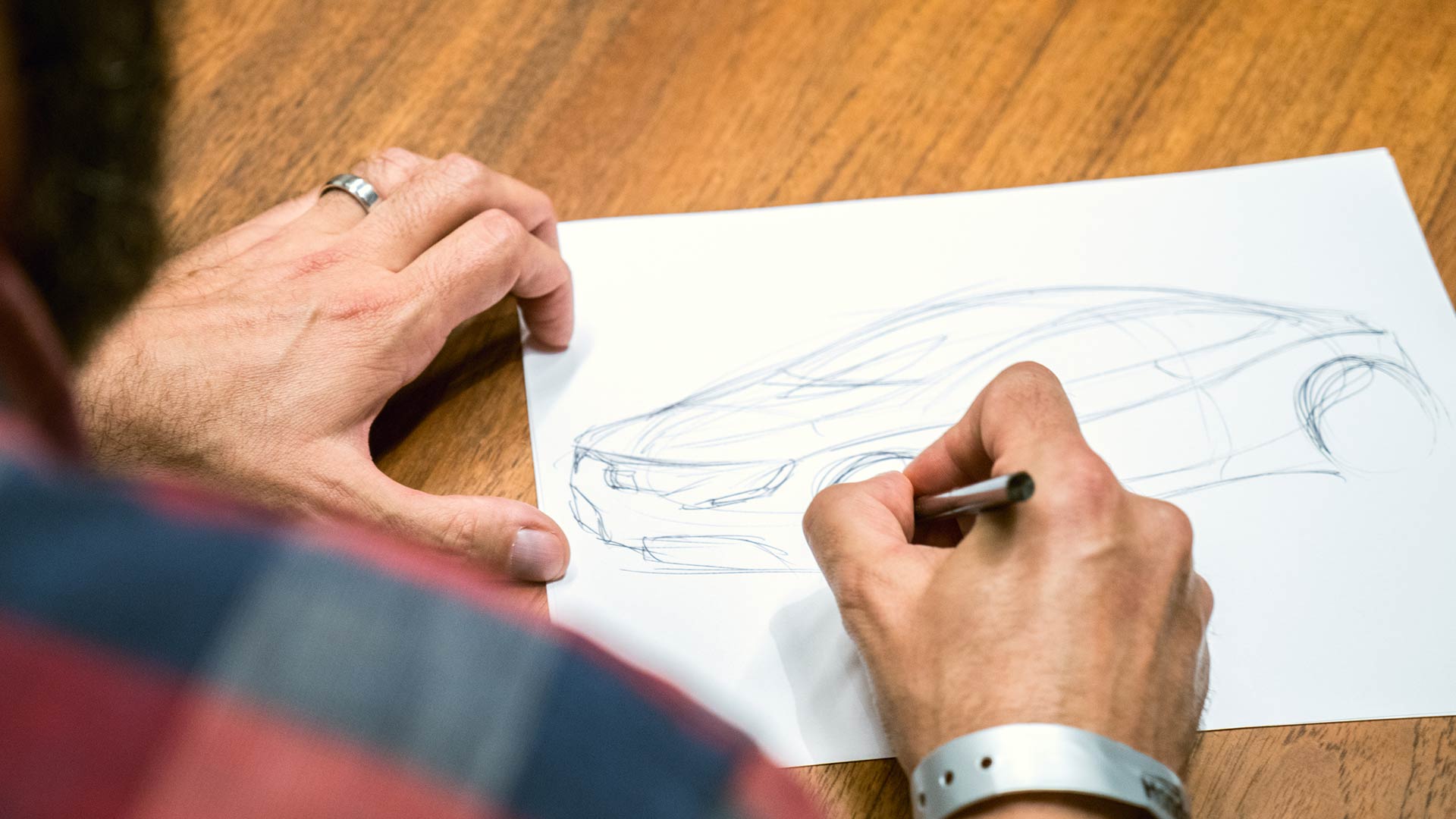 “We have these really stylized haunches over the front and rear wheels. They’re accentuated by these creases, these sharp lines, that create a really cool reflection pattern and emphasize the wheels. We wanted a wheels out design. It makes the stance unique and low and wide. There’s a little reflection here to suggest that the wheels are really pushing out of the body. Sometimes we do these little cartoons to kinda sell the idea to our execs. Maybe more than our execs, our engineers, that help make these dreams a reality.”

“Huge intakes in the lower portion of the front really get as much air and cooling as possible to that turbo motor. We knew we were going to have this motor, which was going to be more fuel efficient. We knew the platform was going to be lighter. So what we really wanted to do was to give it the clothing of an athlete. Really emphasize what the car is capable of. You should be able to look at this car and instantly imagine how you’re going to use it. I want people to look at this car and say: ‘I want to take that on some back road in the mountains and do a little canyon carving.”

“You look at it from a front view and it’s really sinister. It looks like a street fighter, like it’s ready to pounce. We have our new winged grill that wraps around. The way the headlights follow that and integrate the grill, the new LED lighting, it helps to get that planted, low look. That’s the kinda stuff that gets us excited as designers. What we really wanted to do was play up the emotional side. Really say this thing is sexy, it’s not just the smart choice, it’s a desire too, it’s a want.” 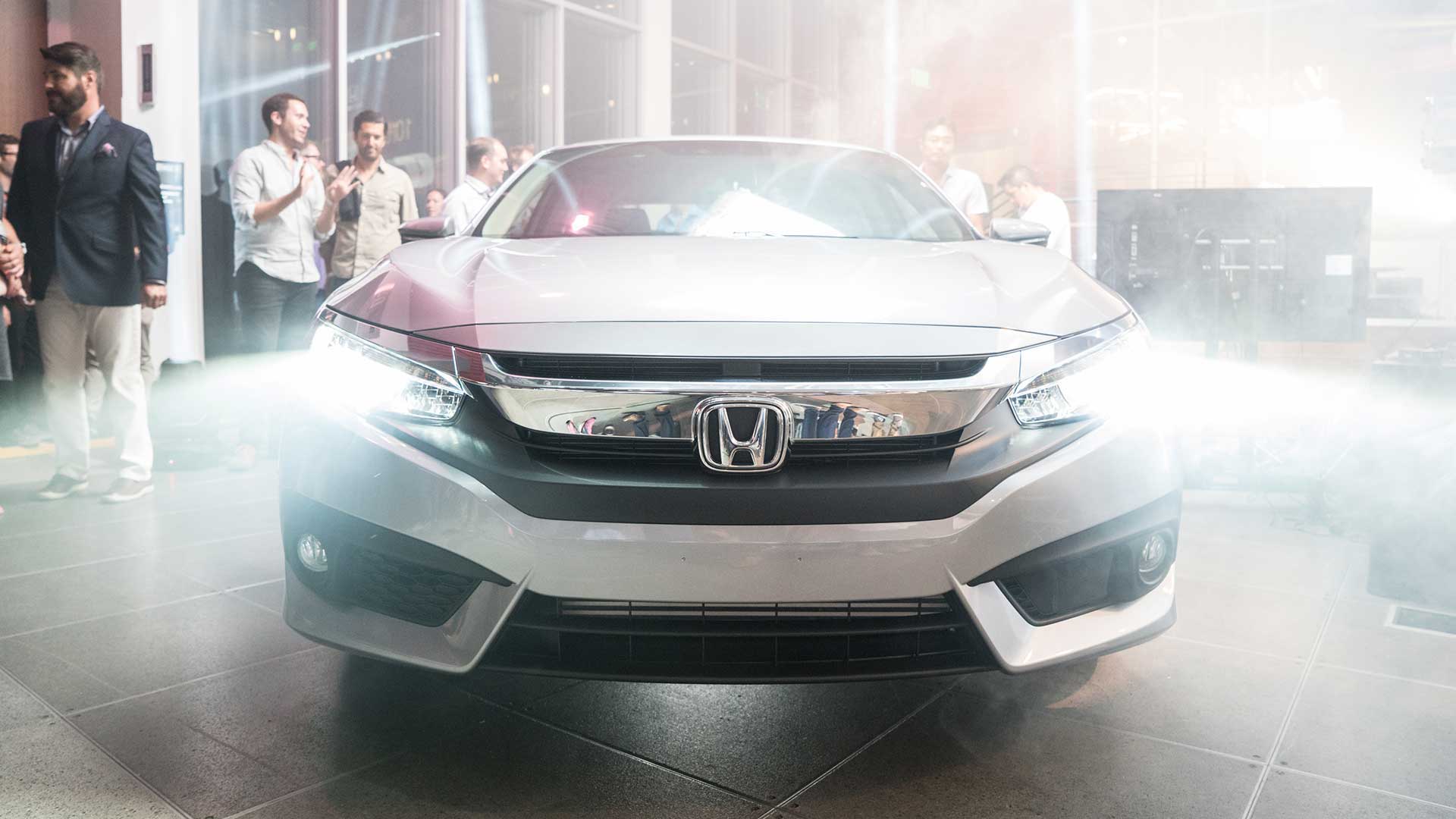 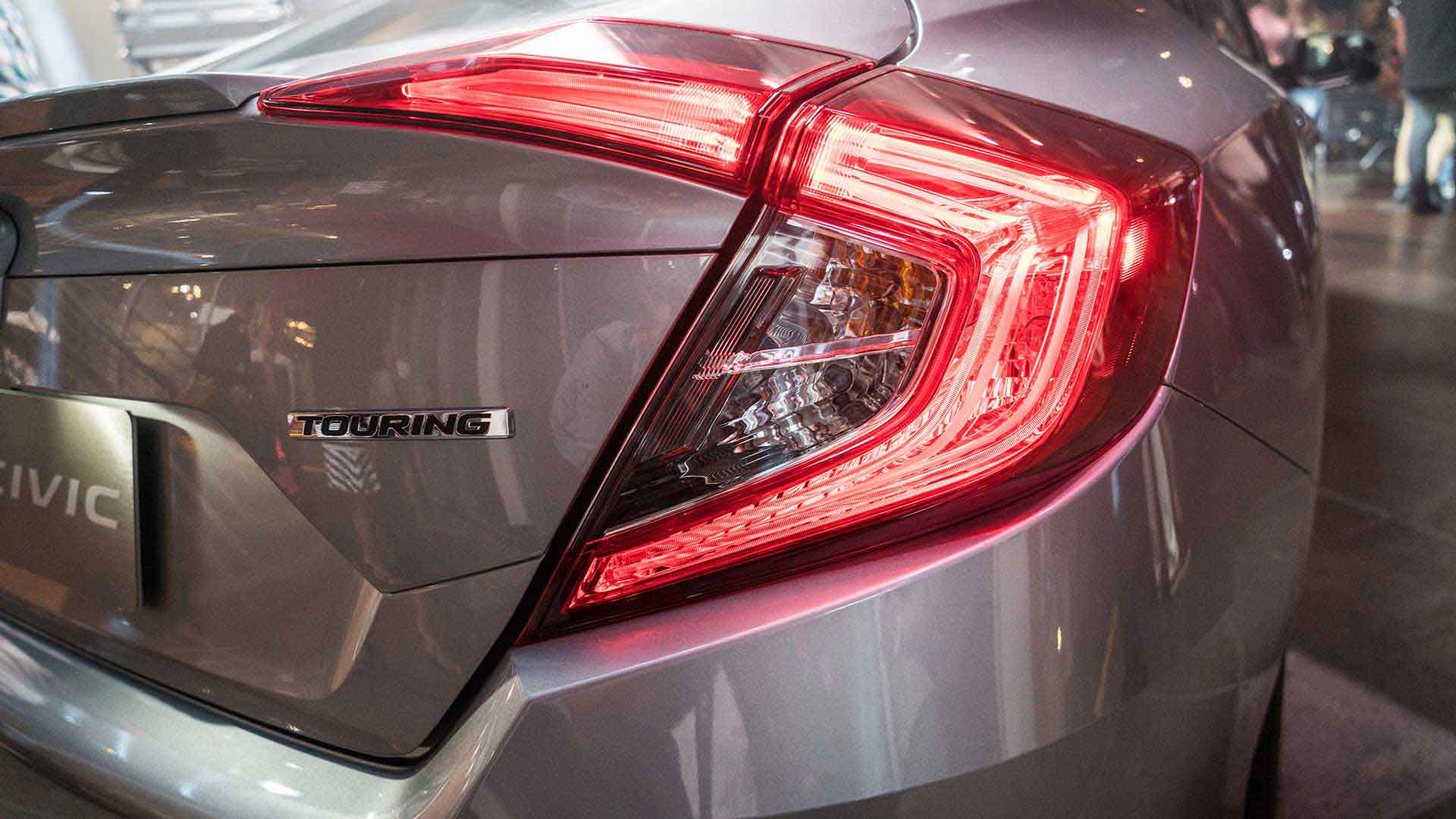 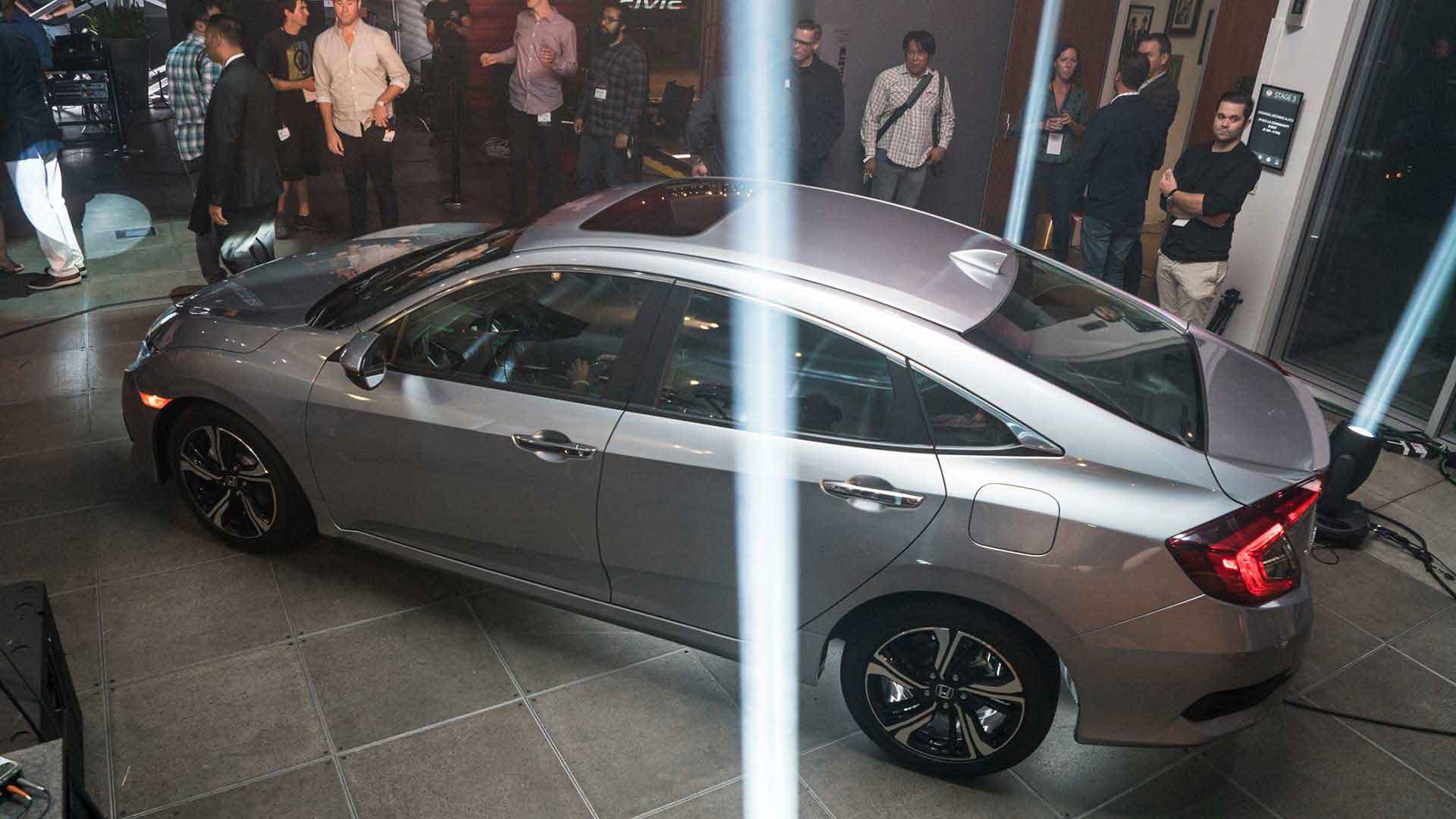 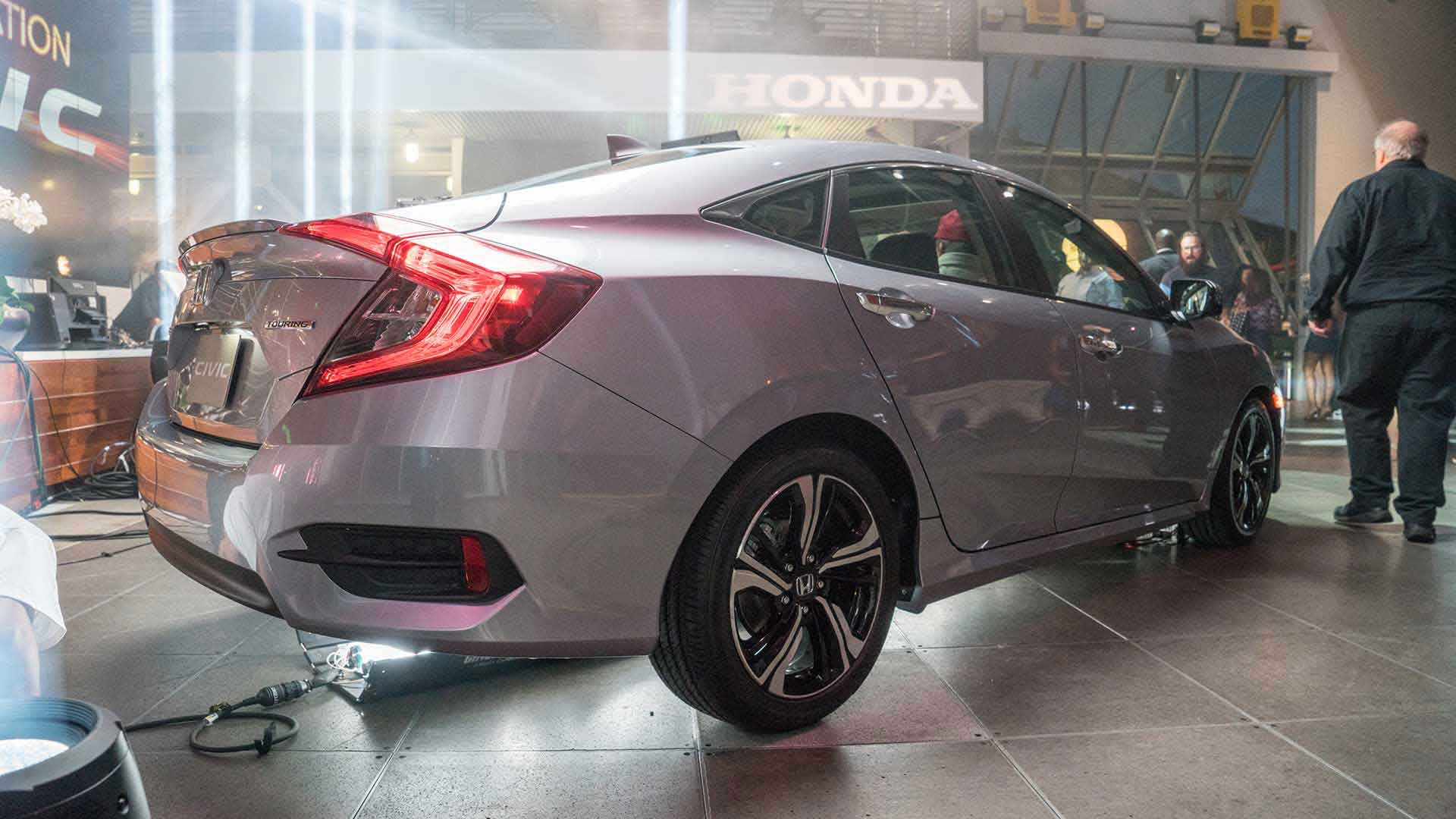 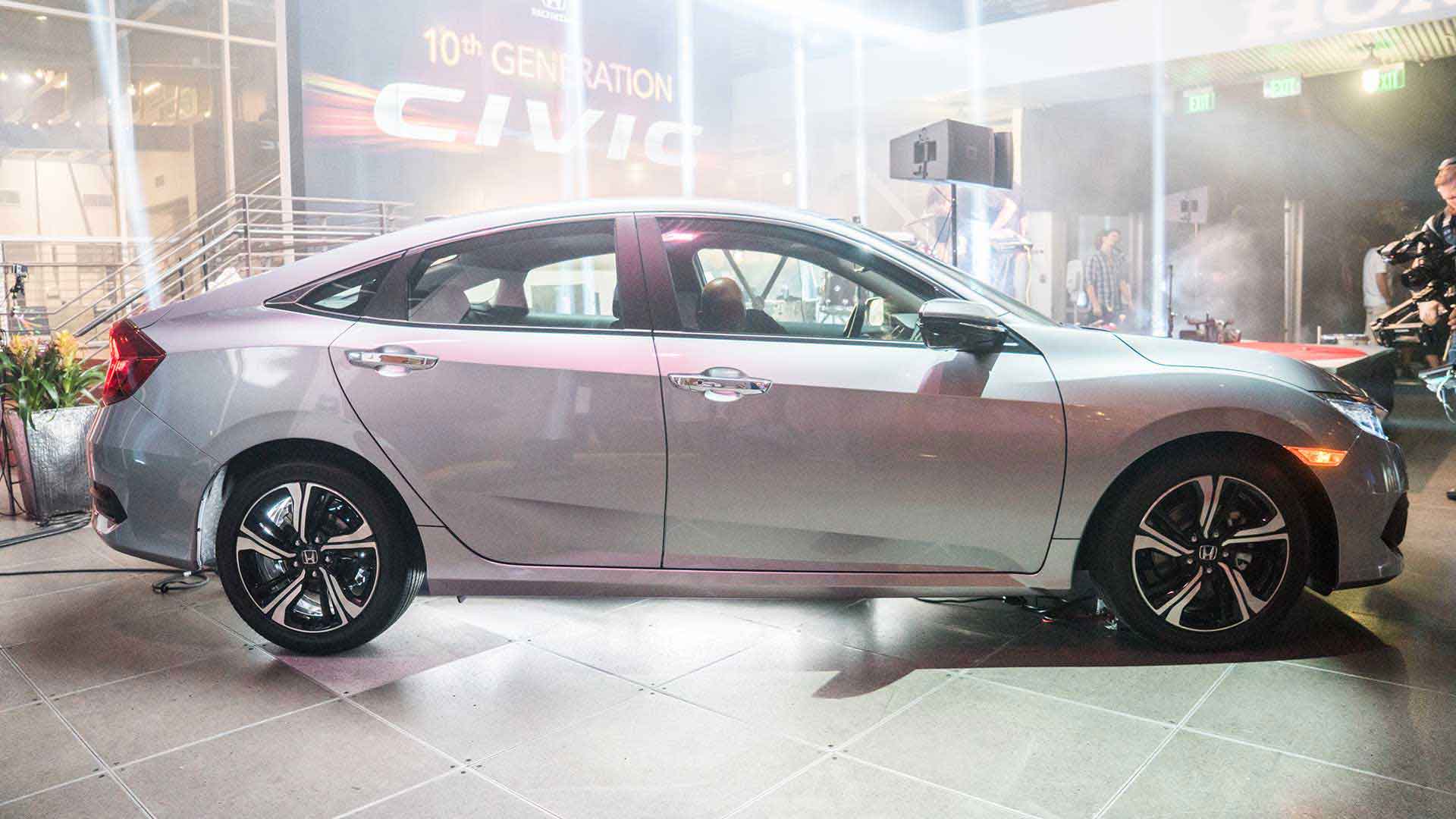 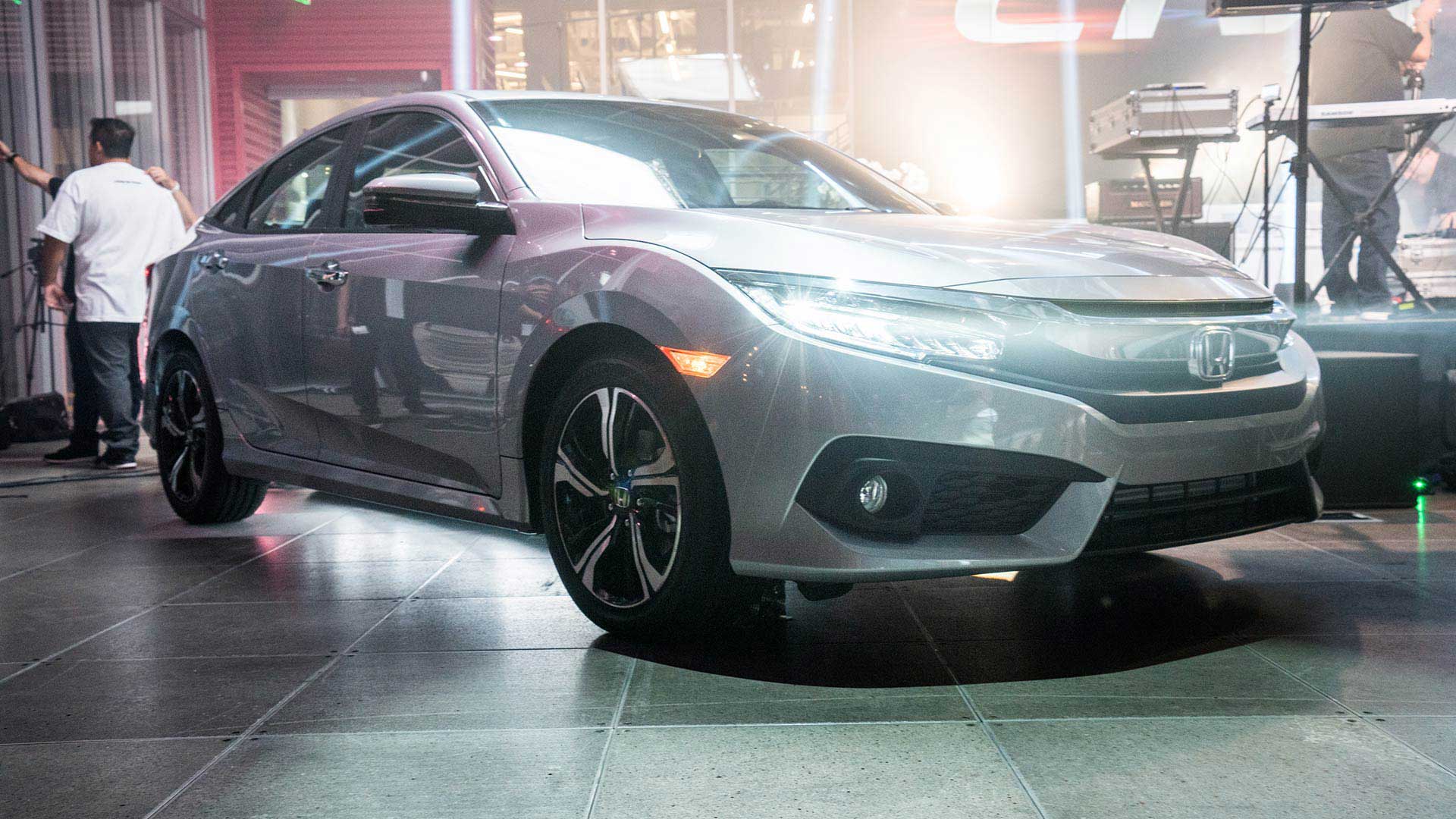 “We have a really fast cabin. This really cool crease back here adds some sculptural feel. Very unorthodox. I haven’t seen this in a car before, that cool undercut. There are a lot of firsts for Honda, in terms of the styling for this vehicle, but in this area there’s a lot of new shapes, firsts for the auto industry too. You can’t just rely on quality, our cars will always maintain that. They’ll always be safe, those are the pillars to Honda. But as well we want to make (cars) much more emotional, so we can connect with younger generations. That’s the future, and we want to be here in the future, providing products that people can get really excited about.”