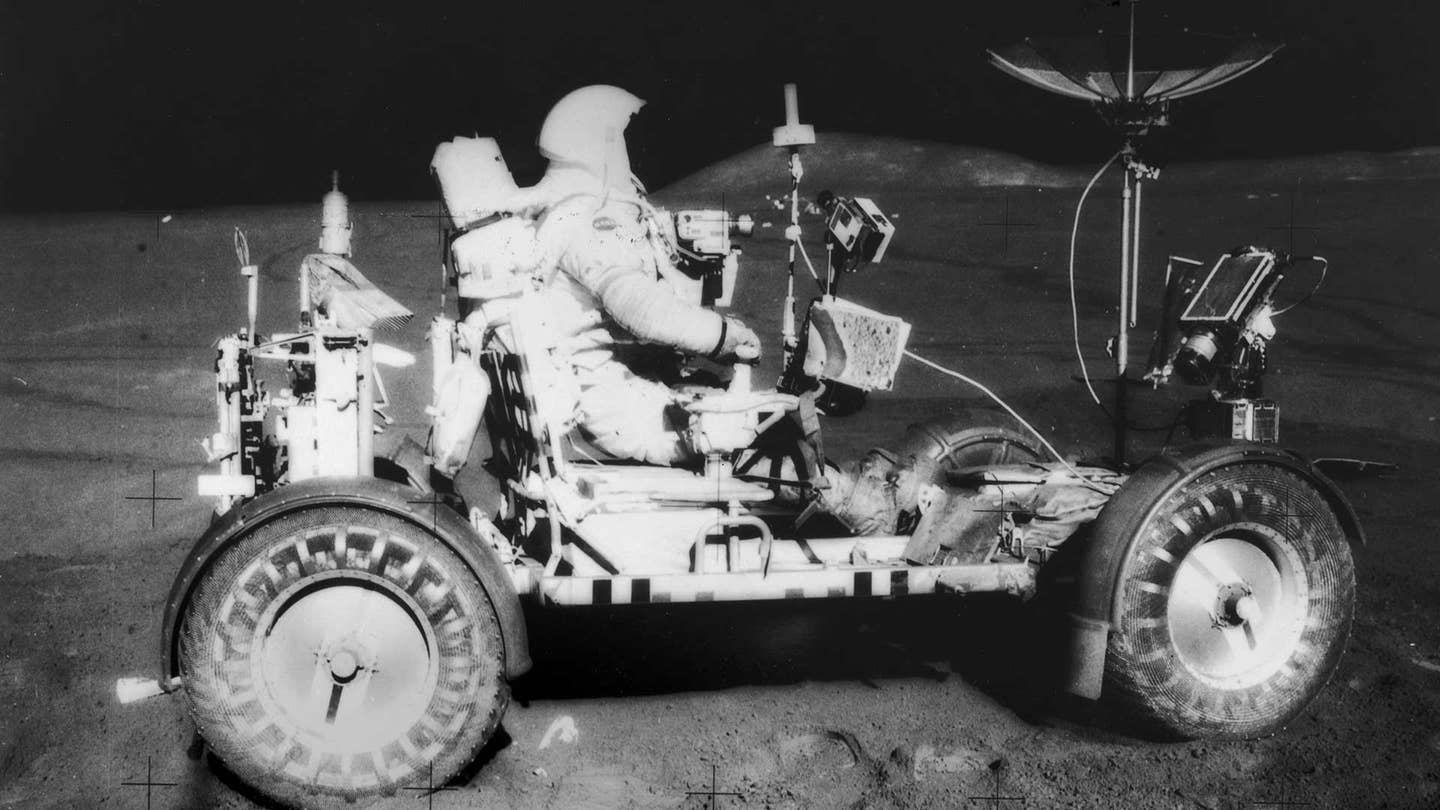 In August of 1971, while Ford Cortinas were scraping paint with Alfa GTVs and Minis, Astronaut Dave Scott was preparing for a drive on the Moon. It was the first time anyone would drive a Lunar Rover.

Connecting the two was Bulova, one of America’s oldest timepiece brands. The watch company was underwriting the ultra-competitive Bulova Championship Series in Canada, and by dumb luck, their watch was also about to become the very first to go for a hooning mission on the Moon.

The trouble was Scott’s NASA-issued Omega Speedmaster. The crystal on his legendary chronograph had cracked during one of his prior moonwalks. Why do you need a watch on the Moon? For the same reason you need one while SCUBA diving: to track the oxygen supply and battery power that keeps your life support system running.

Scott, like any good Astronaut, had a Plan B: a custom-made, bespoke Bulova the company had essentially cajoled him to test on the Moon. The official watch was the Omega, a Swiss-made timepiece that NASA officially sanctioned. Bulova’s argument was that an American-made timepiece was just as good, and should go into space on American missions. Luckily Scott agreed, even if it later caused a kerfuffle with Congress. To this day, Scott’s Bulova is the only time an astronaut has gone into space with his own watch, which is probably why the Bulova recently sold at auction for an astonishing $1.62m this past October.

The buzz around that sale prompted Bulova to finally issue a replica of the watch that they never sold in Scott’s era, and it will sell for a decidedly more affordable $550 come this January. Like the original, it comes with glow-in-the dark markers and hands, sapphire glass, and a  tachymeter—and interchangeable straps, one leather, and one Velcro, since Scott wore the latter for security while driving the Lunar Rover.

As for the Bulova Championship Series in Canada, like the space program, it faded by the mid-1970s. Which is too bad, because it ushered in an era of racing domination by Datsun 510s and BMW 2002s.

How To Furnish Your Desk, Car Guy Edition

You might not write the Great American Novel, but your thank-you notes will have real flair.