The Latest Car Kissing Contest Craze Has To Stop

At what point is a free new car not worth the indignity? 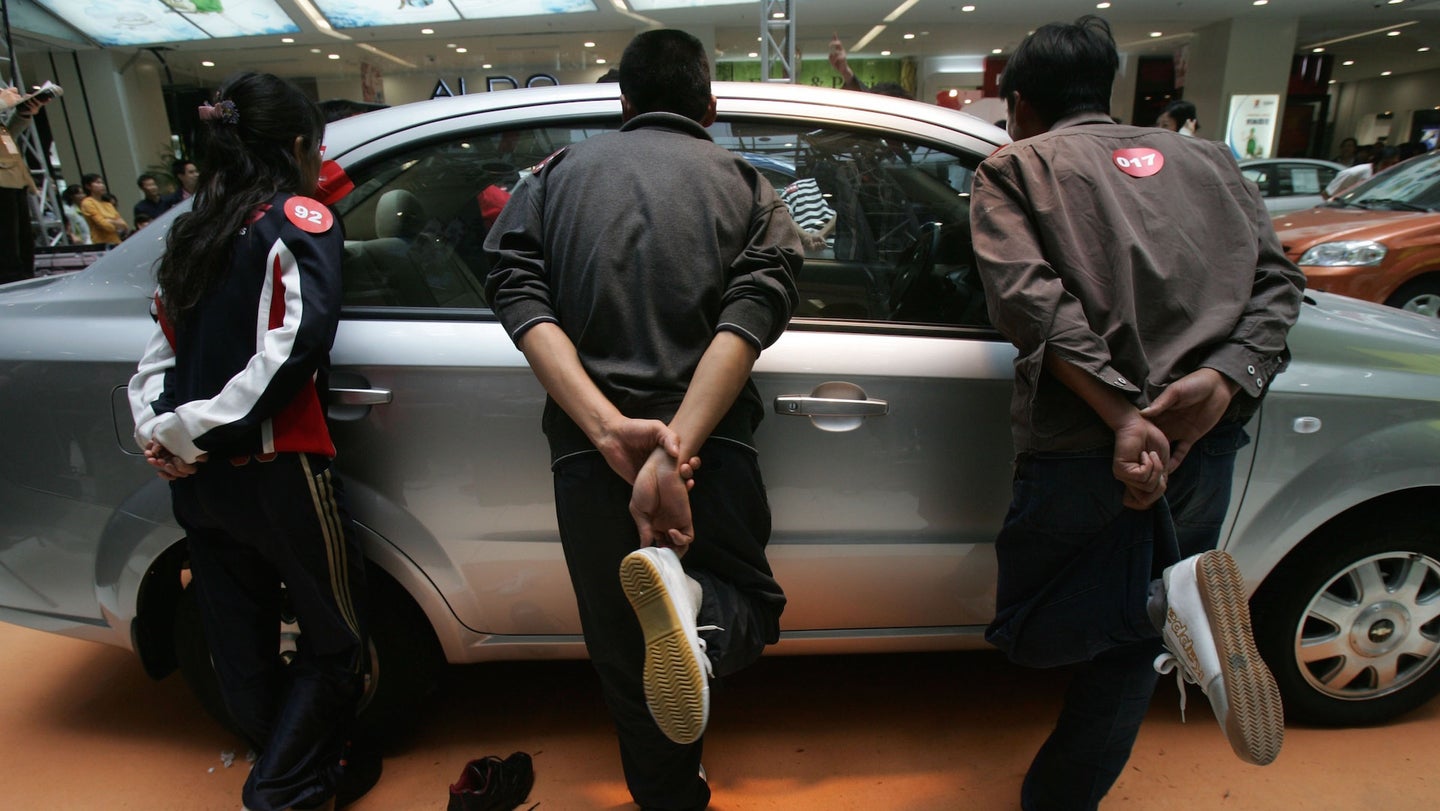 Please stop it with the car kissing contests. you know the ones, where if you kiss a car for days on end, you can win the thing. Just last week, a Kia dealership in Round Rock, Texas, held a contest with KISS-FM during which a contestant who kissed a 2017 Kia Optima for 50 hours took the car home. The ordeal lasted more than two days and was broadcast live on Facebook.

People who took the time to watch the contest were treated to vignettes of contestants dealing with blisters on their lips, cramping, and general humiliation. We get it: Money is tight, a new car is expensive. But certainly there are more dignified ways of hacking the system than frenching an automobile.

Dealerships love them. They know there is no shortage of desperation in the car-buying world, and they are evidently a cost-effective way to promote volume models. News outlets, social media platforms and crowds with cellphones jubilantly play along and the dealerships get two days of free media. More dealerships are following in the footsteps of Southwest Kia in Round Rock, Texas.

The most recent car-kissing contest is taking place right now at Szott Ford dealership in Holly, Michigan, and is called "Mojo's Make out with a Mustang." Broadcast on a radio station in Detroit, 57 lucky contestants get to kiss a modified Mustang for a chance to win. If a winner isn't determined after 57 hours, the winner will be picked at random. Both contests are essentially the same, and equally undignified

Do you disagree? Is swapping spit with a car for 57 straight hours a reasonable way to acquire a free car? Leave a comment below.

Based off Vaughn Gitten Jr.’s drift car, these Mustangs are begging to shred tires.

One Porsche dealership loses. Everyone else wins.