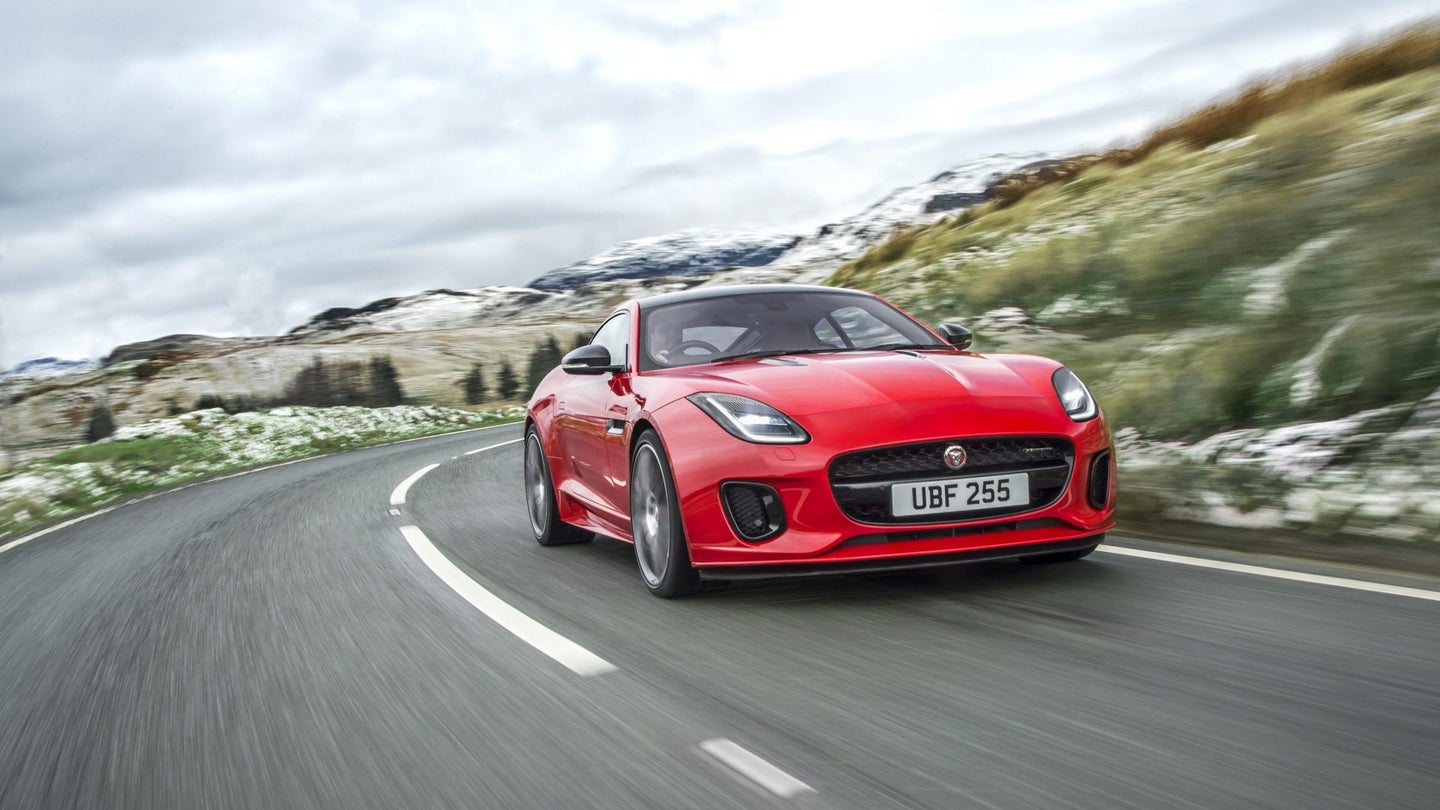 Following in the footsteps of rival Porsche's 718 Boxster and Cayman, Jaguar announced today that the F-Type will gain a four cylinder option for the 2018 model year—specifically, a turbocharged 2.0-liter 'Ingenium' inline four producing a healthily adequate 296 hp. Hitting 0-60 in 5.4 seconds and topping out at 155 mph, the four-cylinder slots nicely beneath the bottom of the current F-Type range both in performance and in price reportedly starting at $59,900. According to Jaguar, the new engine uses 16 percent less fuel than the one-step-up V6, taking your gorgeous British sports car owning experience to new economical heights. A smaller engine also means a smaller curb weight as the new entry level F-Type is 52 kg—or 115 pounds—lighter on the scales.

Now for some not so good news. Jaguar's lighter, more nimble F-Type won't come in a manual, only offering an 8-speed 'Quickshift' automatic transmission. Your purist dreams of a light, manual, canyon-carving Jag will have to be put on hold.

Also, a common criticism of the recently downsized Porsche 718 twins is the sound. Those new flat-fours just don't sound nearly as good as the outgoing flat-sixes. Jaguar assures us that their signature—and frankly amazing—F-Type sound will not be lost on their new four-cylinder models by way of a "meticulously tuned intake and exhaust." Hopefully, The Drive will get to test how successful they were very soon.

The new, fuel sipping turbocharged F-Type is slated to go on sale this spring.