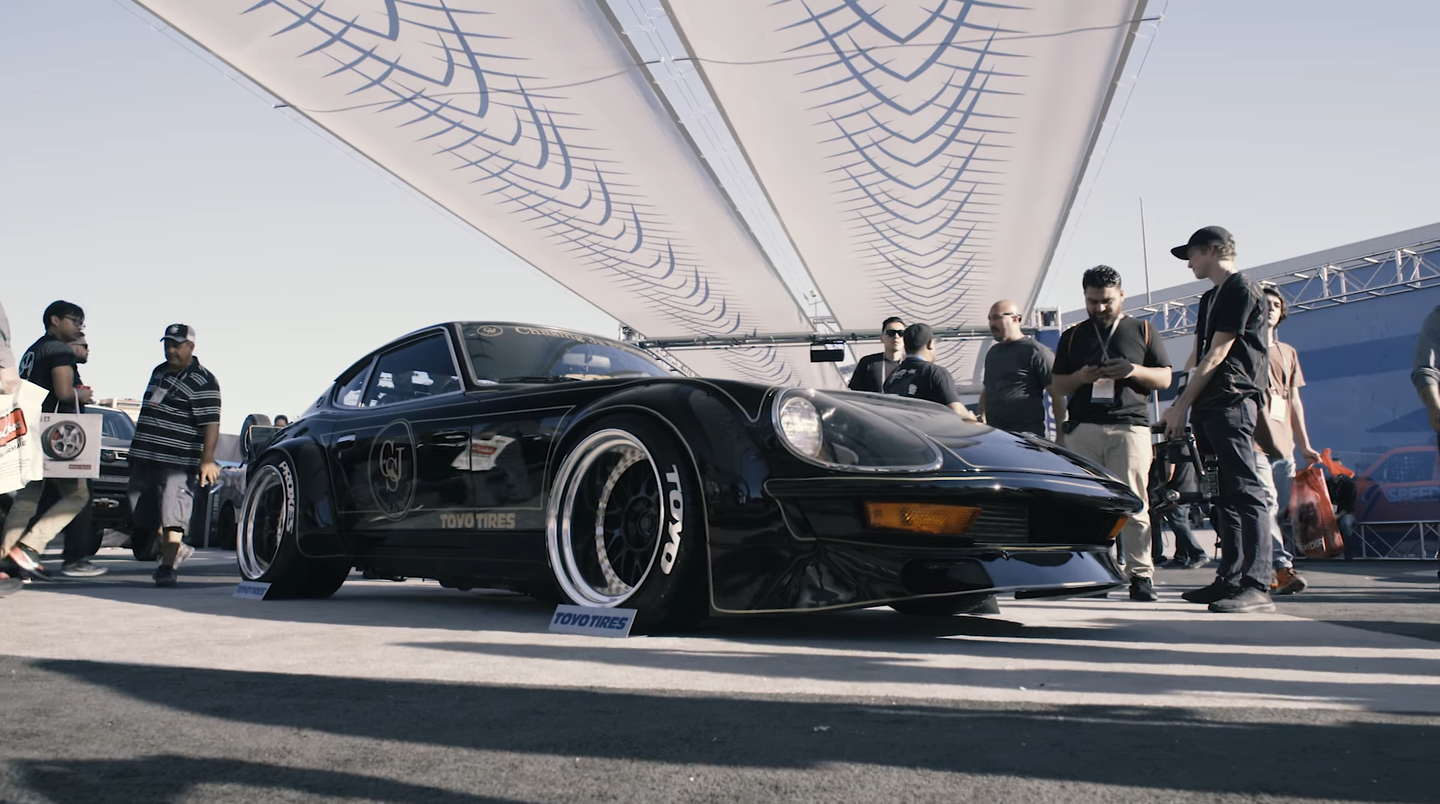 Attendees at SEMA are there to see the best of the best, and sometimes it's easy to forget the man-hours necessary to roll all that polished sheet metal to the showroom floor. One of my favorite builds at last year's SEMA was Chasing Js' gorgeous Datsun 260Z. On Friday, Toyo Tires' YouTube channel shared a new video titled "The Road To SEMA," following Chasing J's meticulous build ahead of the biggest aftermarket expo of the year:

Some of you may be familiar with Chasing Js – Dominic Le and John Esteban previously displayed their rad 'Hakotora,' an SR20DET-powered Datsun Sunny pickup truck with a Hakosuka GT-R front end. It impressed a number of people, including Jay Leno, who later invited Dominic and the Hakotora to his garage.

It's not easy to one-up a project like the Hakotora. On paper, not even a vintage Fairlady Z is exciting enough for a sophomore album. After all, throwing parts together is one thing, but execution is another. But Chasing Js gets that.

The duo did their homework and pulled off a period-correct shakotan look for the Z car. The rare Gnose front-end is combined with aggressive over fenders that make just enough room for a set of Work Meister M1 wheels on Toyo Proxes T1 Sport tires. Finally, a tasteful John Player Works-style livery adds a little extra period flavor.

Under the hood is a mix of a little bit of old and new. Instead of getting rid of the original L24 motor for another SR20 or perhaps a big RB, Chasing J's opted to go a bit extra with a big single turbo Toyota 2JZ-GTE. The coolest thing of all? This Z wasn't built at a performance shop, but rather on their driveway.

While Chasing J's 260Z wasn't the only Z car at SEMA, the lovely execution and the surprising harmony of different styles and influences has made it definitely one of my favorites at SEMA. I can't wait to see what Chasing J's decides to build next.