In Modern Cars, 'On' and 'Off' Are Just Two of Many Options 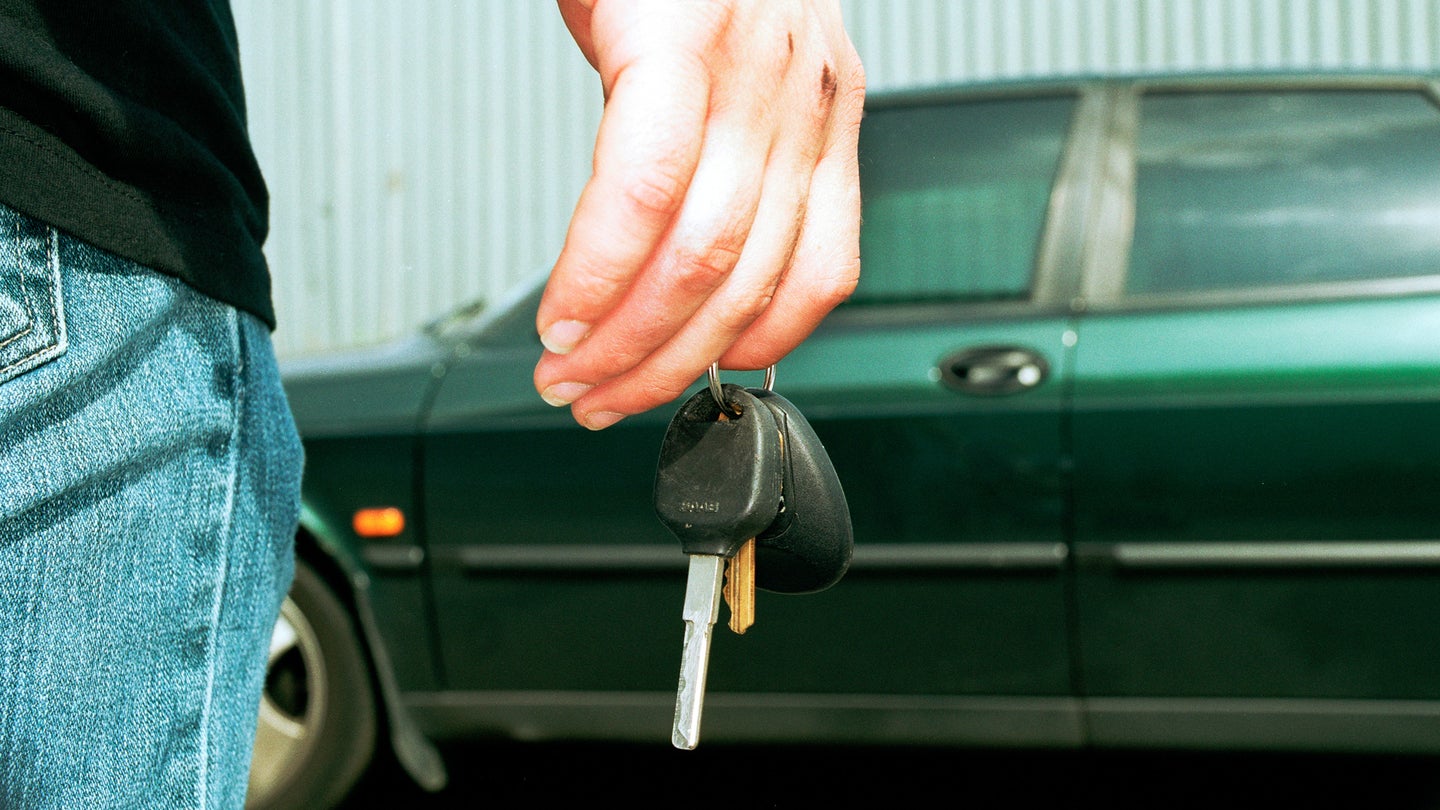 I staggered out the front door into the New Year’s Day sunlight. It was noon. I had to face 2017 eventually, and we were out of soy creamer for the coffee. According to my wife, that was akin to a Constitutional crisis.

The Mercedes GLS550, my ride for the week, was too large for the job I intended to do—too inefficient, and too expensive. But it was comfortable. It would start me off on a New Year with the continued illusion that I have more money than I actually do, a feature that comes standard in luxury cars.

Strangely, though, the GLS’s door was unlocked. Even more strangely, the car was deader than David Bowie. It wouldn’t start. There were no lights, no beeps, no nothing. It sat in my driveway, inert.

The car had shut off when we’d landed it the night before, I could swear. I’m not about to leave an SUV running in my driveway all night. Besides, it would have screamed at me, in the way that modern cars do, if I’d tried to leave the gas going while taking the key into the house. I’d even made sure to check, a little later, that the headlights had gone off. They had.

So what had happened? The next afternoon, Mercedes roadside assistance appeared in a well-appointed Sprinter van. The mechanic got inside my car.

As soon as Final Jeopardy! ended, I went back outside to check on his progress. He had the rear door open and was grunting away, putting in a new battery. It apparently now goes under the front passenger’s seat.

When he was done, he stood up, and said, “Key Position One.”

“There are different key positions. You had your car overnight in Key Position One. And it drained the battery.”

The concept of “key position” isn’t exactly new. When I drive my 1998 Nissan Sentra in emergencies, or when I’m just trying to feel depressed, there’s an “ACC” setting that allows me to use the cassette player (and would allow me to roll the windows down if that were still a functional possibility) without the engine running. But in cars with start/stop buttons, where the key is little more than a pocket computer that you press twice to open the hatch, key position is a little more nebulous.

“How do I know if it’s in Key Position One?” I asked the tech.

“You just have to press it right,” he said. He then tried to distract me by showing off the GLS’ fine leather interior.

OK, so the fault was mine. But this wasn’t the first time I’d struggled with whether or not a car was on or off. For instance, if you look at an owner’s manual for a new Volvo, it offers three different key positions: in “Key Position 0”, the dashboard stays illuminated and you can still operate the audio system and move the seats back and forth; "Key Position 1" allows you that, plus access to power windows and roof, a 12V charger in the glove box, as well as windshield wipers and multimedia functions; "Key Position 2" adds headlights to the mix, as well as seat heaters. And all this comes before actually turning on the car.

Volvo warns, of Key Position 2: “This key position consumes a lot of current from the starter battery and should therefore be avoided!” Well, that’s nice, but what about Key Position 1, the Key Position that did me in? This all seems needlessly complicated.

I just read that sentence five times, and I still have no idea what it means. How do you insert a button into an ignition lock? How do you know if you are in Key Position 1, 2, or 0? Do you have to operate by instinct, like a wild animal? What about if you press too hard, or too softly? How many times do you press the button before you go insane? Should turning off a car be more difficult than finding a G-Spot?

With new cars, even when you cut the engine, the stereo keeps playing, at least until you open the door. Now I find out that, even when you open the door and the stereo stops playing, the car can still be on. This is untenable madness. I propose two key positions: On, and Off. When the car is on, you can use the electronics. When it is off, you cannot. This is my request, and I expect to see results in next year’s models.

Regardless, the first thing I did on New Year’s Day, now that there was a dead Mercedes monster in my driveway, was to take a humbling drive to the store in my 1998 Sentra, purchasing soy creamer and avoiding intractable marital conflict. And when I pulled that car into my driveway, I put it in Park, turned the key, and pulled it out of the ignition. If I were able to choose between owning a brand-new Mercedes and a 20-year-old Nissan, I’d make the obvious upgrade. But at least I know when an old car is turned off.