The QX30 will be the last lovechild of the two manufacturers. 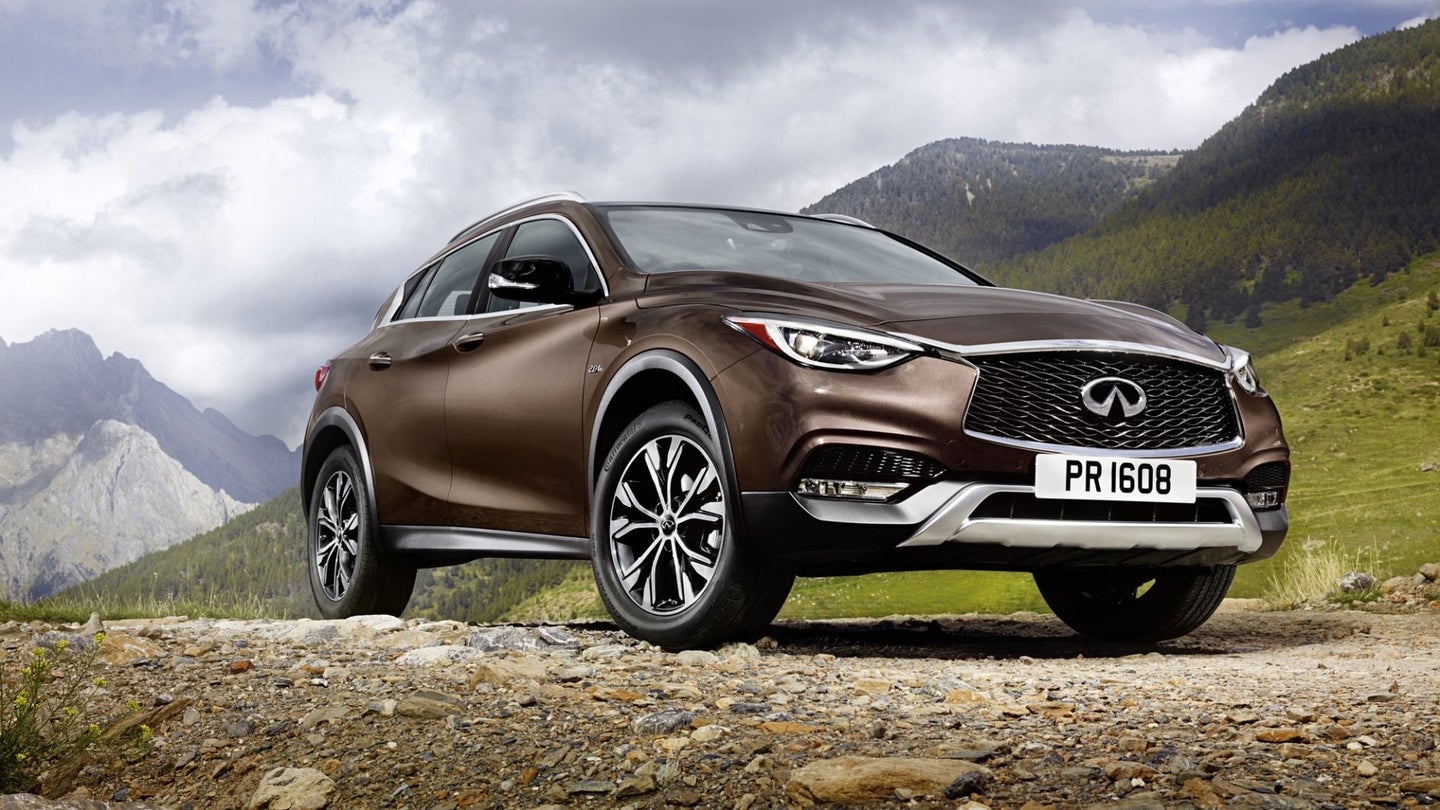 Infiniti has been on a role with fresh products lately. They've pumped out vehicles to match every demographic, ranging from the sporty Q60 Red Sport to the futuristic family hauler QX50. They have shared a small car platform with Mercedez Benz for the past several years, with many of their models having nearly identical architecture. With Infiniti's recent surge in technology, they recently announced that they will discontinue their use of Mercedez derived autos.

This comes partially as a result of Infiniti's new approach to powertrain equipment. Their marvel VC-T engine will be used in a host of their future vehicles, and since it doesn't fit the MF2 platform shared with small Mercs, they've decided to go their own way, Autocar reports. In a statement to the publication, Infiniti boss Roland Krueger is quoted saying "We have a very good relationship with Mercedes ... In this particular case, we have decided other projects needed to be prioritized and that's what we did."

Infiniti plans to work the VC-T engine into as many models as possible. The variable compression magic has been a hit in the automotive tech world, making for what could be a homerun for the company's sales figures. Simply put, it wouldn't make any sense to keep producing cars that aren't compatible -- especially in smaller segments that the engine should thrive in.

The partnership will die out with the Infiniti QX30. It's a derivative of the Mercedes Benz GLA, and is the only product of the merger for sale in the US. These twins share a ton of hardware beneath the surface, making them hard to differentiate when stripped down. Mercedes is yet to release a statement, but that's okay. According to Infiniti, they seem to be in good standings that can benefit both companies in the future.