This gives a glimpse into the future of Chrysler people-movers. 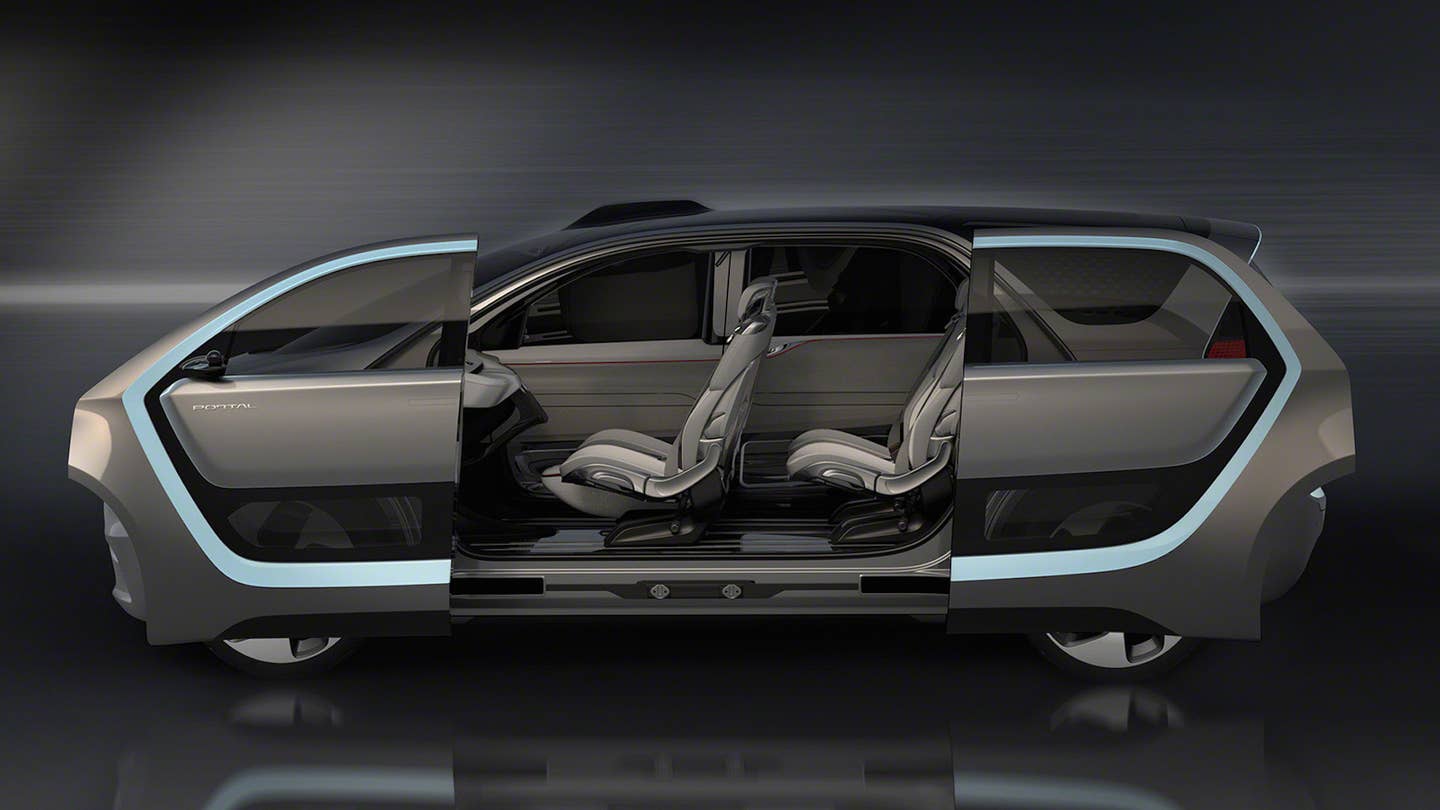 Chrysler keeps on with its EV spotlight. They've been in the news recently for the potential success of the Pacifica Hybrid as well as their parternship with the autonomous technology company, Waymo, and this capitalizes on all of that publicity. The Portal Concept helps us envision what we may see from Chrysler over the next few years.

The focus of the Portal Concept may be a bit different than what you'd expect. Instead of going completely driverless, they want to bring driver aids to add convenience to the every day commute. Chrysler says that it will come equipped with Level 3 Autonomy capabilities with a potential upgrade to Level 4 in the future. This means that the car will help put drivers at ease by taking on tasks on the freeway though it still requires attention from the operator. Instead of full driverless capabilities, the Portal Concept has been designed to show you what Chrysler brings to the table for the electric van segment.

As you can see, the Portal has a funky and futuristic shape. This is partly for show, partly for functionality. The pillarless mid-section is something that we can expect from the manufacturer in the future, perhaps making its way into the next generation Pacifica. This shows the car's attention towards interior space and efficient functionality, allowing for maximized head and leg room. To tag along with this comfort, the Portal Concept also features built in WiFi, keeping passengers connected with each other as well as the car.

The Portal shows further advancement from the Pacifica Hybrid as it is completely electric. It boasts a range of 250 miles from its compact battery system, while 150 miles of that range can be retrieved in a mere 20 minutes when connected to a 350 kW fast-charger. This solves the problem that many have with electric cars as "fill-up" time becomes quicker and less of an inconvenience. The Portal is being used as more of a showcase for Chrysler than anything.

Chrysler will make its official release of the Portal Concept later in the week at CES 2017. Then, we will gain a better insight to the car's specifics as well as its cleverness.