And he’s owned some pretty sweet rigs, too! 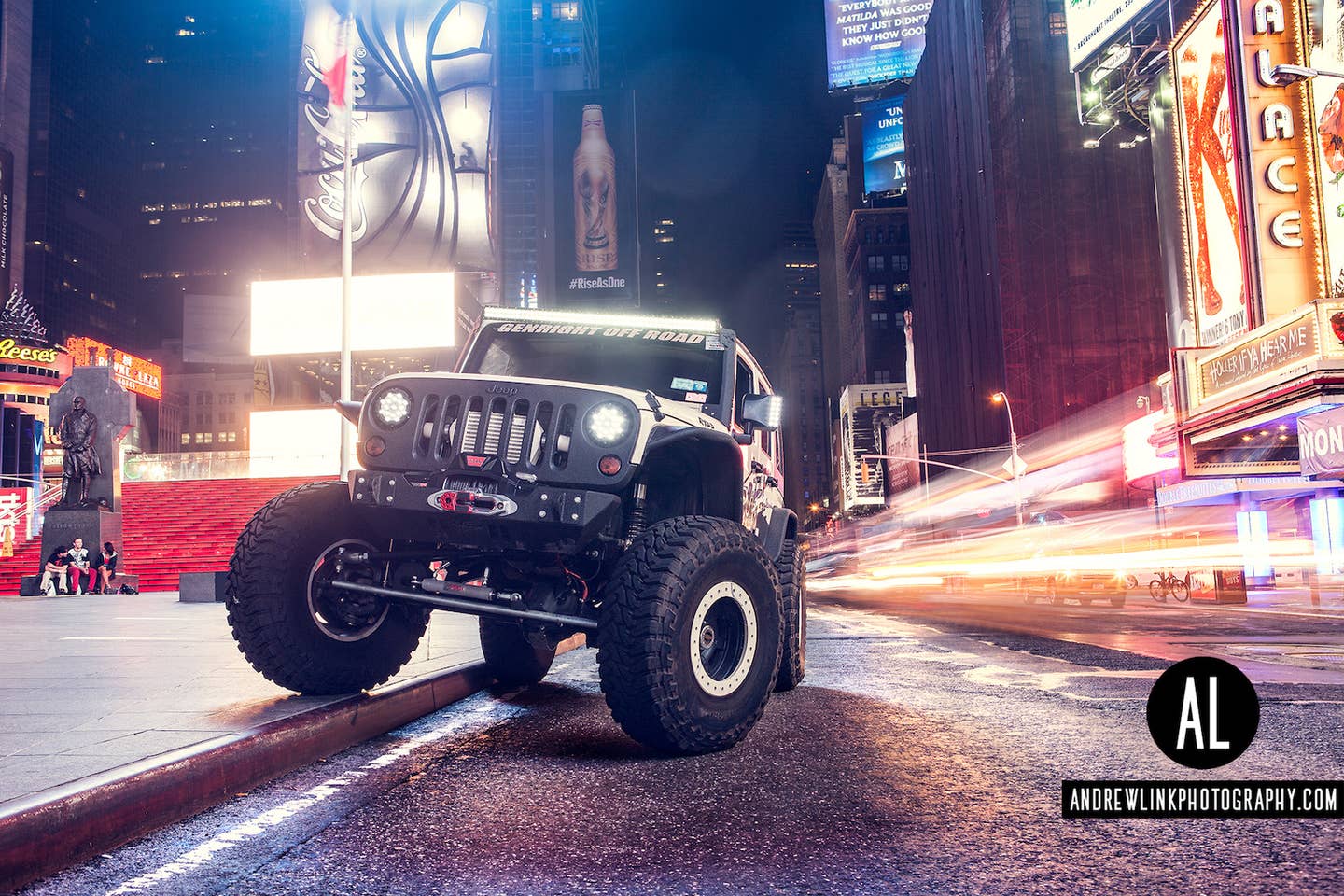 The path to a career in automotive photography is hardly ever a straight and narrow line. Automotive photographers come from varied walks of life with modest beginnings. One of New York’s finest photographers, Andrew Link, began his quest into the photo world 12 years ago by simply snapping images of vehicles at the custom shop he worked for.

Link’s initial big break was in 2002, catching the attention of seasoned photographer, Tony Harmer on an online photography forum they both frequented. Harmer was the photo director for RIDES magazine at the time and had made quite a name for himself at that point. Harmer gave Link an opportunity to assist on a shoot and soon after the apprentice was hired full-time. After Harmer moved on to other opportunities, Link stepped up to the photo director / head photographer position at RIDES magazine and his career ascended from there.

The top automotive photographers tend to be genuine car/truck guys themselves. It certainly helps to actually be interested in the subject matter. In this particular case, Link is absolutely one with the automotive community. His supercharged, 2010 Jeep Wrangler was one of the most recognizable Jeeps in the tri-state area as it sat on 37-inch tires and had more audio equipment than most New York Jeeps put together. He ultimately sold the Wrangler and currently owns a 2015 Chevy Colorado with a six-inch lift and 33-inch tires.

As for how he became so successful in the industry, Link attributes it equally to luck and networking. He understands there’s plenty of talented people out there with amazing cameras but there's so much more to this profession. On top of the serendipity, a diligent work ethic and always being open to new projects has kept Link's phone ringing for the last decade. Some of his most notable clients have been Chevrolet, Pagani, Rolls-Royce, Mercedes-Benz, Jeep, Dodge, Falken Tire and many more. Quite a remarkable list.

Link has shot 36 magazine covers, hundreds of published features and has had the chance to travel the world doing what he loves the most. As for the future, he hopes to continue staying busy and shoot more large-scale productions in 2017.