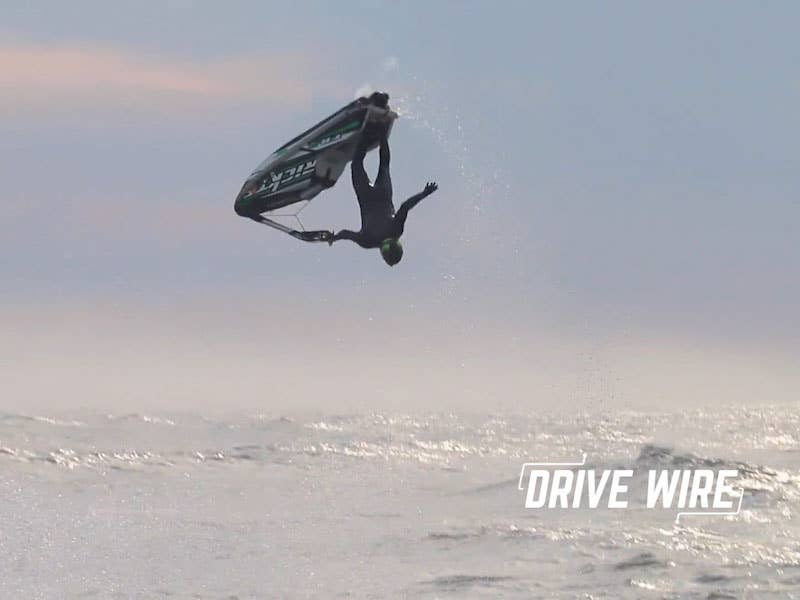 Hey guys, it’s Christina Thompson, and this is Drive Wire for Wednesday, October 21.

Big Bentley news and we mean that literally. We have spy shots of the Bentley Mulsanne and it is huge. We’re told this is the long wheelbase model. You think? Also note the new sleek front bumper, the continuation of the nice little rise over the wheels in the rear fender, and how the thing makes a 1960’s Lincoln Continental look compact. And to keep mpg’s somewhat reasonable, this full-luxury model will add electric assistance to its traditional 6 ¾ liter v-8, this beast is unmistakably a Bentley.

More news out of Formula One. Bernie Ecclestone is threatening to sue Red Bull if it pulls out of next year’s race calendar. Last week, when Ecclestone said he had the Red Bull situation quote “all sewn up,” some assumed that he meant he had found the struggling team an engine supplier. Apparently that assumption wasn’t cynical enough. As it currently stands, Red Bull and its sister team Toro Rosso are under contract to compete through 2020.

Non-dire VW news for a change, Volkswagen’s come out with pricing and features for the 2016 Passat. First things first: there is no TDI in the lineup, and there probably won’t be as long as Dieselgate continues. The new, more angular Passat will have two engine options: the 1.8 liter 170- horsepower direct-injected turbo 4 cylinder and the 3.8 liter 280-horse VR6. Pricing starts a little over $22,000 for a base four cylinder and stops at a shade under $37,000 for a premium VR6 model with the nifty DSG paddle-shifters. With looks like this, it makes it really hard to hate on VW.

Not ready for the cold yet? Well then check out this nifty heated jacket from Ravean. It’s compact, doesn’t look like a deep-sea-diving suit, and the 12-volt version keeps you toasty in freezing temps for about two hours. Jackets start at $159 on Kickstarter and should ship just in time for Christmas.