High Desert Chevy Silverado Brings Back the Past 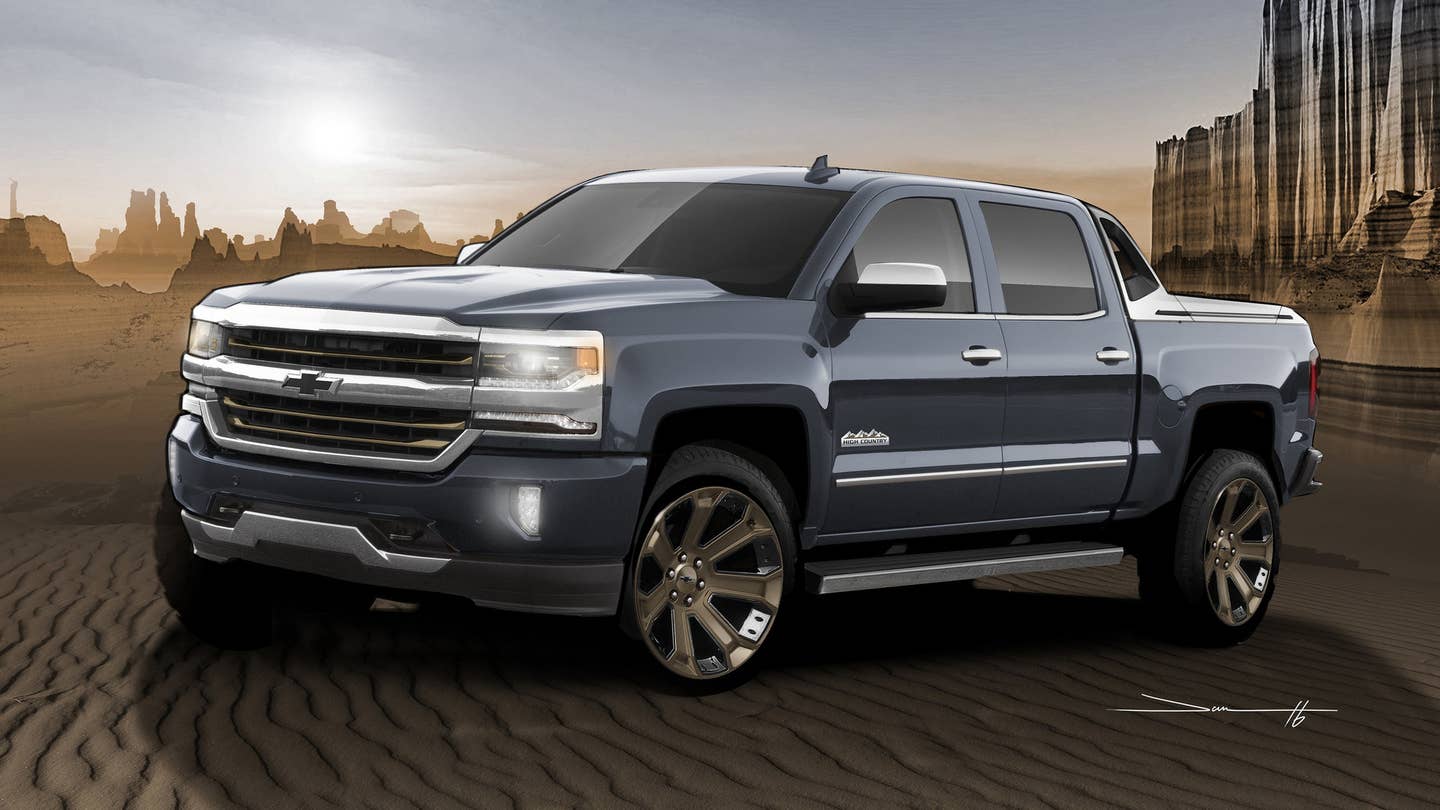 SEMA provokes creativity in aftermarket companies and automakers alike. The show that sets the whole auto community ablaze has a history for bringing up some truly unique builds. This year, however, Chevrolet has reintroduced an old friend to the mix. The Silverado High Desert is based on the half-ton chassis with styling that reminisces back to the Avalanche of old along with some offroad bits to spice things up.  A steady evolution of all terrain capability has pushed each manufacturer to create something bigger and better -- this is Chevy's example.

The High Dessert is here to show off Chevrolet's capabilities, along with 19 other SEMA builds from the manufacturer. It's an obvious reincarnation of the Avalanche as it brings back the three-piece folding tonneau cover in tandem with the runners that connect the bed to the top of the cab. Available in an exclusive slate blue paint scheme, the High Desert is "dressed to impress" in the words of Sandor Piszar, the director of Chevrolet's truck marketing. 22" wheels adorn the outside as well, sprayed with an anodized bronze finish. The inside is laiden with cocoa brown seats that compliment the tough yet elegant theme which carries on from the exterior. Style is the star in the High Desert as Chevrolet quotes it it to be an example of "refined utility".

As the current generation of Silverado reaches the middle stint of its assignment, expect Chevy to continue adding minor changes in the meantime. Renditions like the High Desert will give glimpses to the future of the F150 fighter, although the reality of these features may be a few years out. Additions like in-bed storage systems are targeted towards its competitors and will eventually make their way into other examples of the Silverado. Incremental improvements should help the Silverado to give Ram and Ford a good fight for years to come.