We have one rule, and it's hard to adhere to. 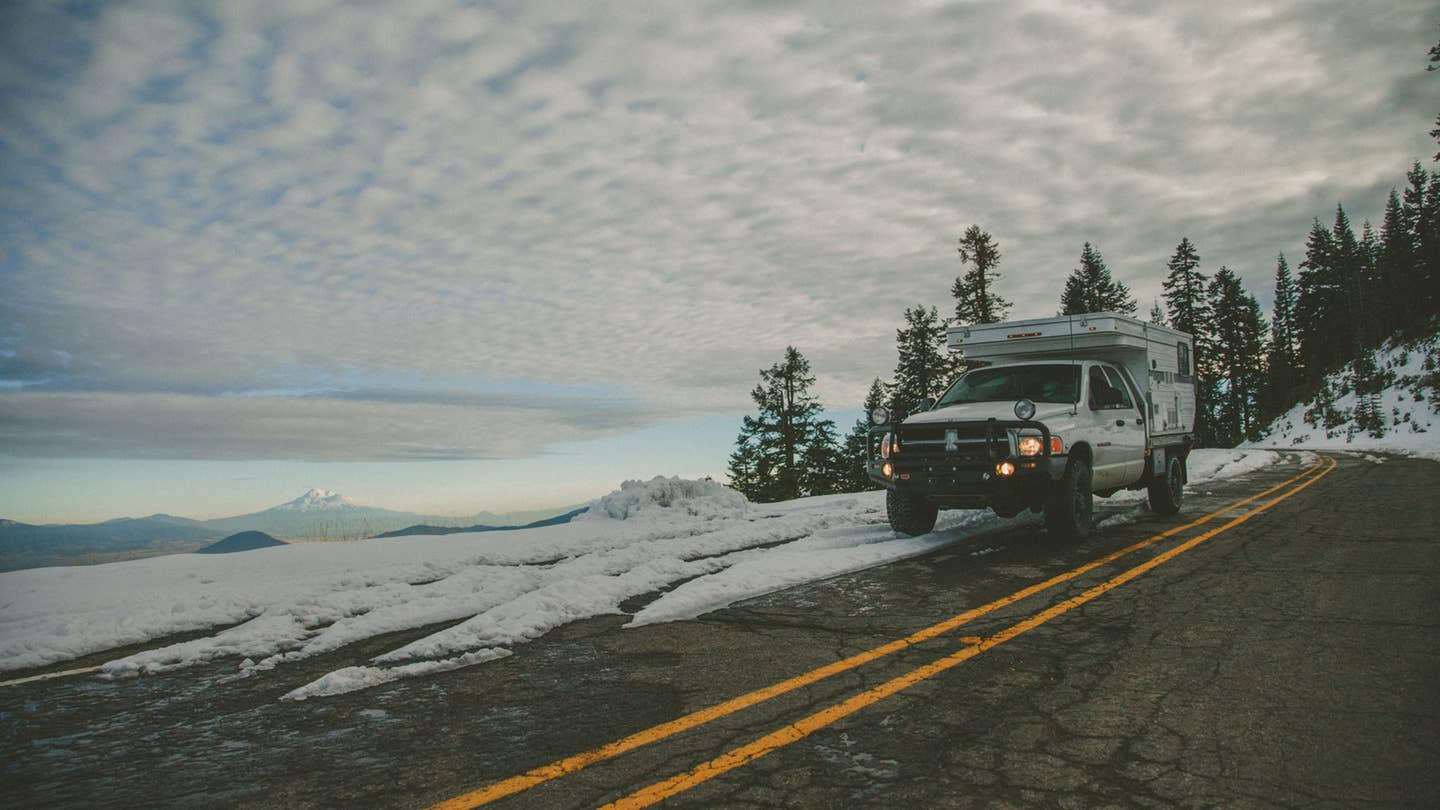 We left the coast two weeks ago and pointed ourselves inland, towards Ashland, Oregon. I spent a late summer night there once, years ago. Stopped in at the end of a blissful day of riding. The best day, maybe, chasing two good friends through the tangle of the Klamath National Forest, our flawed but brilliant motorcycles humming their way up that ancient river valley, chasing the green and dashing water north, ever north.

I cannot count the towns I have been through since. On this trip and others, it’s a slurry of nameless, imageless places. But not Ashland. It felt like Asheville, North Carolina, before the breweries. A lively downtown with bookstores and coffee shops. Restaurants. A college. The homes are tidy and cared for. The streets, clean. It’s small, personal, and on the crisp edge of an endless, beautiful wilderness. A perfect place to settle yourself down. To raise a daughter.

I wanted to show Beth. Hoped my idiot hope that she’d see it as I’d seen it, and agree. That we might return to park ourselves in those mountains for a few years and watch Kiddo grow as lean and tall as the pines around her. That southern Oregon, with its cold, clear mountain streams and hidden lakes, its miles of empty forest roads begging to be explored, and its proximity to the vast Pacific might be the home we’ve been searching for.

It was a gray day by the time we made it downtown and Kiddo hadn’t slept a minute of it. She was ready to shred her car seat and kick out a window. We parked and let her loose, Beth and I herding her along the sidewalk, trying to keep her out of traffic while we searched for a place to eat. She’s such a wild thing now, quick on her toddling legs, her little cowboy boots slapping the pavement in search of more puddles to splash in. She still loves flowers. Stops at every low planter box to stroke the delicate petals of the annuals planted there. White and purple impatiens.

But it’s hard to see a city with your eyes constantly on the wandering one-year-old at your feet. Beth and I cajole her along for a few blocks, picking her up for crosswalks and crowds. The loss of independence infuriates her, and these quick stints in our arms yield nothing but piercing screams. Our first choice for food is closed. So is our second. By the time we find a third, we’re run through with the hassle of covering half a mile. We settle for tacos and horchata in a quiet place off of main street, kiddo concentrating on the tricky operation of her spoon, devouring beans and rice by the shovelful.

Whatever hope I had that food might stave off her inevitable meltdown vanishes halfway back to the truck. She plops herself in the middle of the sidewalk and refuses to go on, her brown eyes brooding. There’s more wailing when we pick her up. It's getting late. We’ll see no more of Ashland.

Our camp for the night is a short drive out of town, and it’s raining by the time we get our girl in her seat and fire up the truck. The weather’s warm in the valley, but there’s snow on the mountain, and it’s not until the road leaves the highway and begins climbing that I realize I forgot to check the elevation on the campsite. Even now, some nine months in, I hold some shred of optimism. Some hope that the road will crest and drop us into another valley, somewhere warm and dry. It doesn’t.

Instead, it climbs straight up Mount Ashland. Thick, wet snow lies in foot-high drifts on either side of the road. The sky clears just enough to give us a show, the last orange light of the day washing over Pilot Rock to our west, its white peak burning in the setting sun. It’s beautiful. Nearly enough drown my aggravation at myself for wanting to come back here. For hoping that it might be as good now as it was then.

Virginia has felt like such an inevitability for us. It has since we spent a month there last summer, swinging a hammer for Beth’s parents and slipping into a life we left more than a decade ago. A life with family and friends and the hills I know. I can’t escape the feeling that no matter where we go or what we’ll see, at the end of this year, we’ll wind up back in the Blue Ridge. It should be comforting. An answer to an impossible question, but it feels like a trap. It feels like going backwards, like trying to revisit a piece of us that’s long past.

When we reach the coordinates for the camp, all we find is a forest road deep with snow. We’re not staying here tonight. We turn around and make our way back down the mountain. Point ourselves south and hope we find a place to be for the night. Cast ourselves on the unknown and unexplored as the sky goes dark.