Is This the Best Damn Bacon in America?

The latest installment of our road-trip series has given us indigestion. And we want it again. 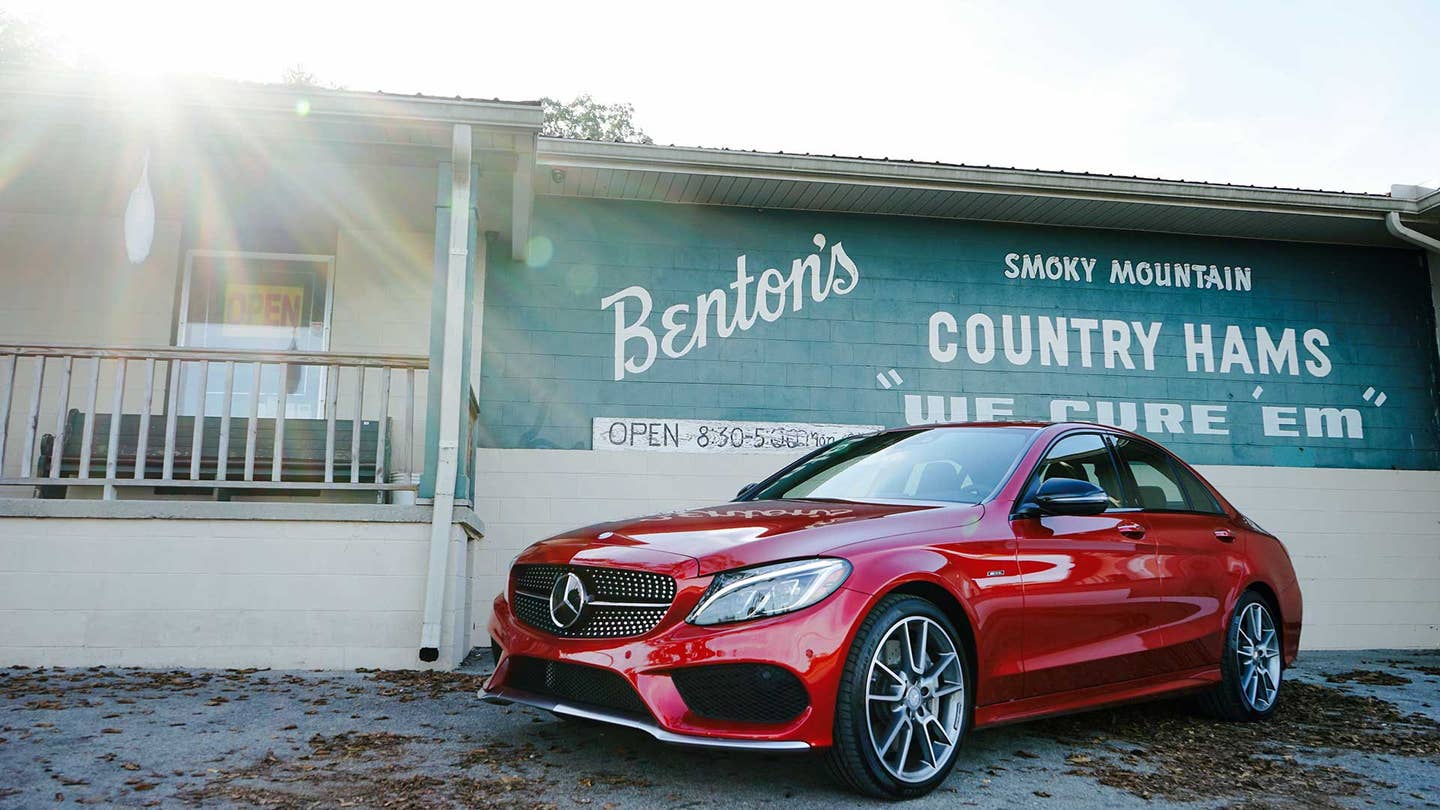 You don’t know bacon like I know bacon. I can say this because I'm the only guy here that drove nearly 1,000 miles through torrential rain, over washed-out roads and three traffic stops to meet a new bacon. I even sat in traffic, waiting out an interminable, Titanic-themed town parade on a weekday in Ball Play, Tennessee. All this because a man in a hotel lobby in Atlanta told me the best bacon in America was made at a place in Madisonville, Tenn., called Benton’s Smoky Mountain Country Hams.

I was intrigued and annoyed by the suggestion that there was such a thing as a best bacon. This place didn’t even have bacon in its name. As I rolled my suitcase through the hotel lobby, carrying the keys to a red 2016 Mercedes-Benz C450 AMG Sport, I decided to call bullshit on this man’s bacon. I’ve spent a lifetime eating crispy wisps of hog nestled in egg sandwiches, waving soggy, floppy strips at waiters and slowly chewing those hand-cut, homemade slabs while sitting at picnic tables on the very farm where the pig was born and died. When it comes to bacon, I’ve seen it all. Or have I?

So I turned the C450 into the loathsome Atlanta traffic, and pulled over to reroute the nav for Madisonville. For Madisonville fucking Tennessee. I was supposed to head in that general direction anyway, but had planned on stopping at Road Atlanta first to play around in a race car. The bacon was calling my name.

In the stutter of the outbound Atlanta traffic, I considered this car. It’s not a C63 AMG which, in optional S guise, sends 503 fucktons of horsepower to the rear wheels from a twin-turbo V8. That C63 is something else altogether: track-ready, with gaping maws and flared arches. I would say it is one of the best cars made today, were the whole “best” thing not tainted by the bacon boasts. 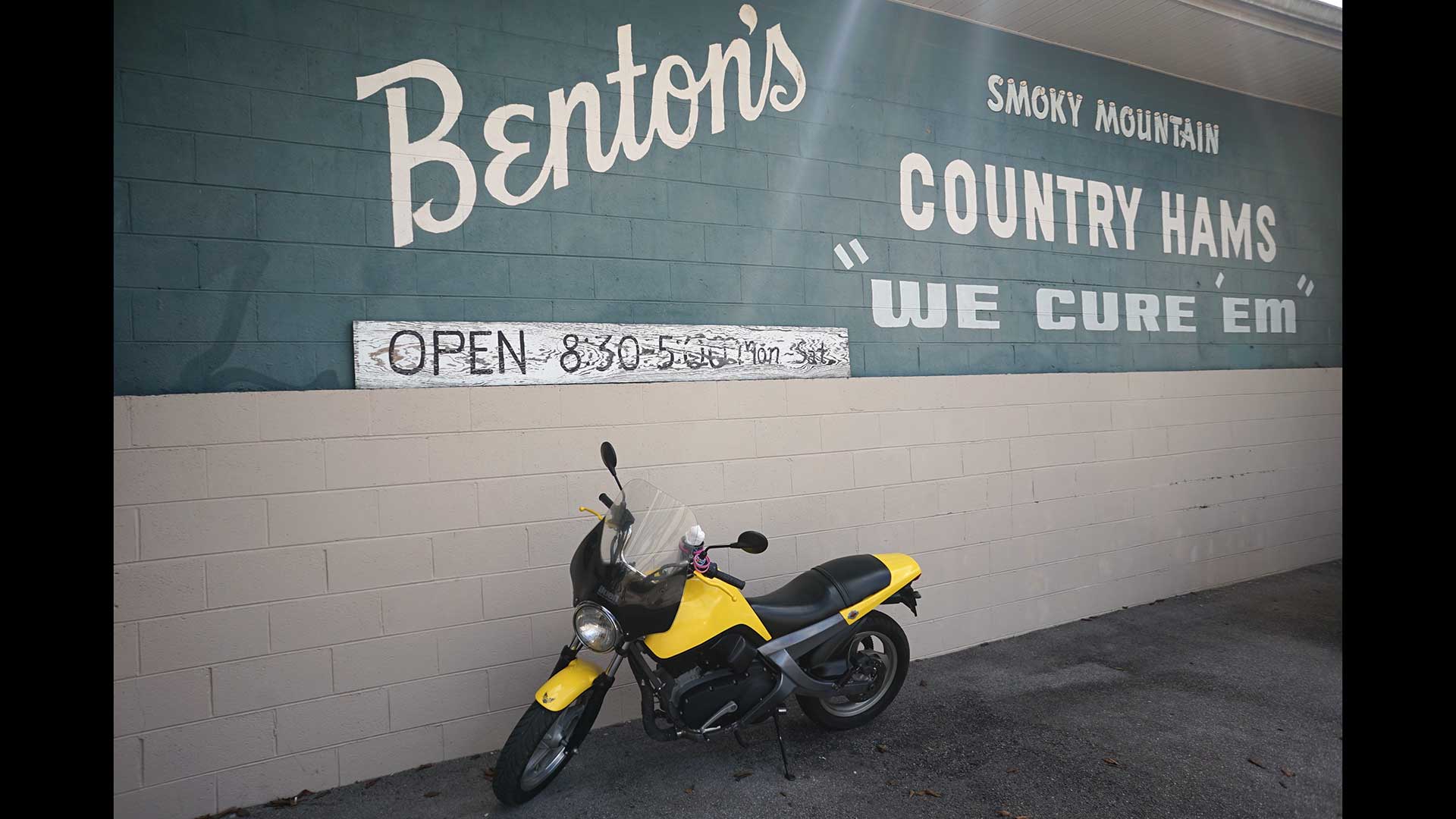 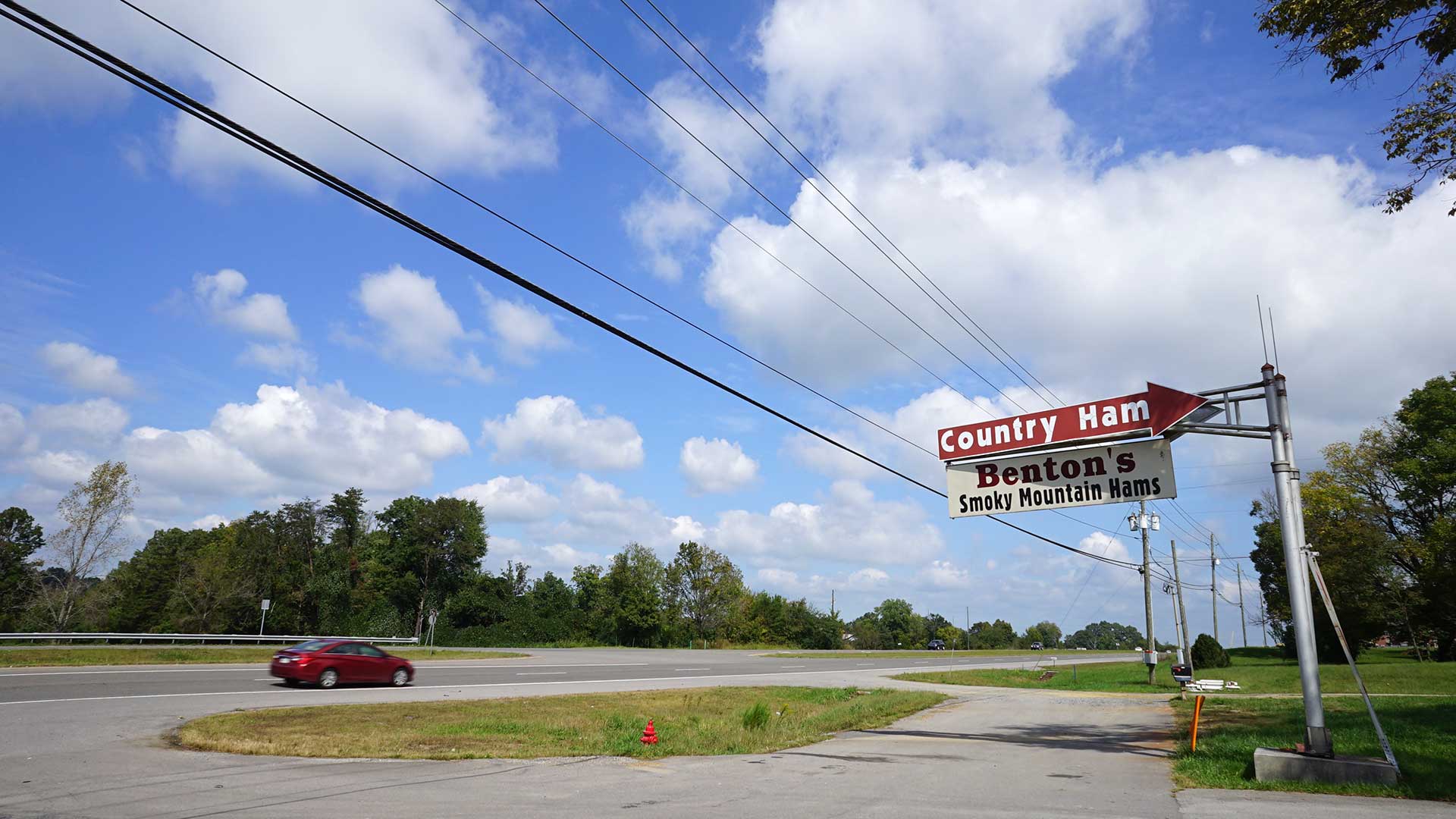 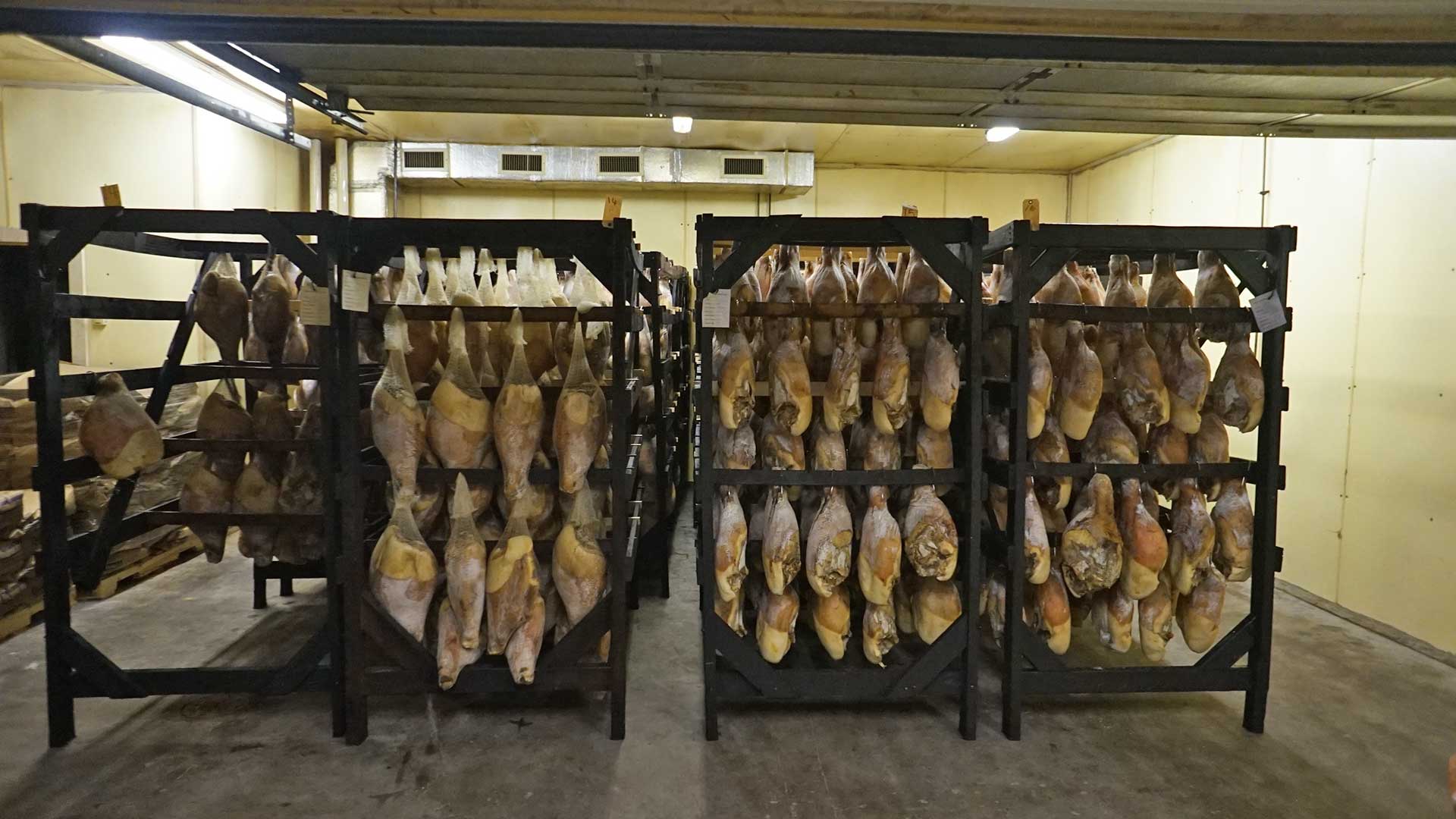 I bashed through the winding secondary roads of north Georgia and climbed into Tennessee via the foothill communities of the Smoky Mountains. Places like Ducktown. Like Turtletown. En route, I learned that the C450 AMG Sport is not a car that a horsepower fiend thinks he’s going to love, but he ends up loving it anyway.

This sedan is one of two models in Mercedes’ new AMG Sport category—which, alongside the GLE “Coupe” crossover, fills that presumably lucrative white space between your everyday Benz and the handbuilt engines of the AMG Performance series. Here’s a heretical statement: The C450 is actually a more appealing car than the C63 AMG. It’s a car for Earthbound car lovers, with a turbocharged V6 and 141 fewer horses than its S-carrying big brother. But it’s $15,000 cheaper, and when I click into Sport + mode, it gobbles up sinewy mountain roads with no effort.

Soon enough, I turn onto Route 411 and arrive at Benton’s. A man named Paul greets me. He has an unruly, soup-strainer ‘stache, and wears a camouflage sweatshirt under his butcher’s apron, as well as a hunter-orange baseball hat. (Make up your mind, Paul: Do you want to be seen or don’t you?) He’s a natural-born rule-breaker, and immediately agrees to let me back into the curing rooms and the smokehouse. 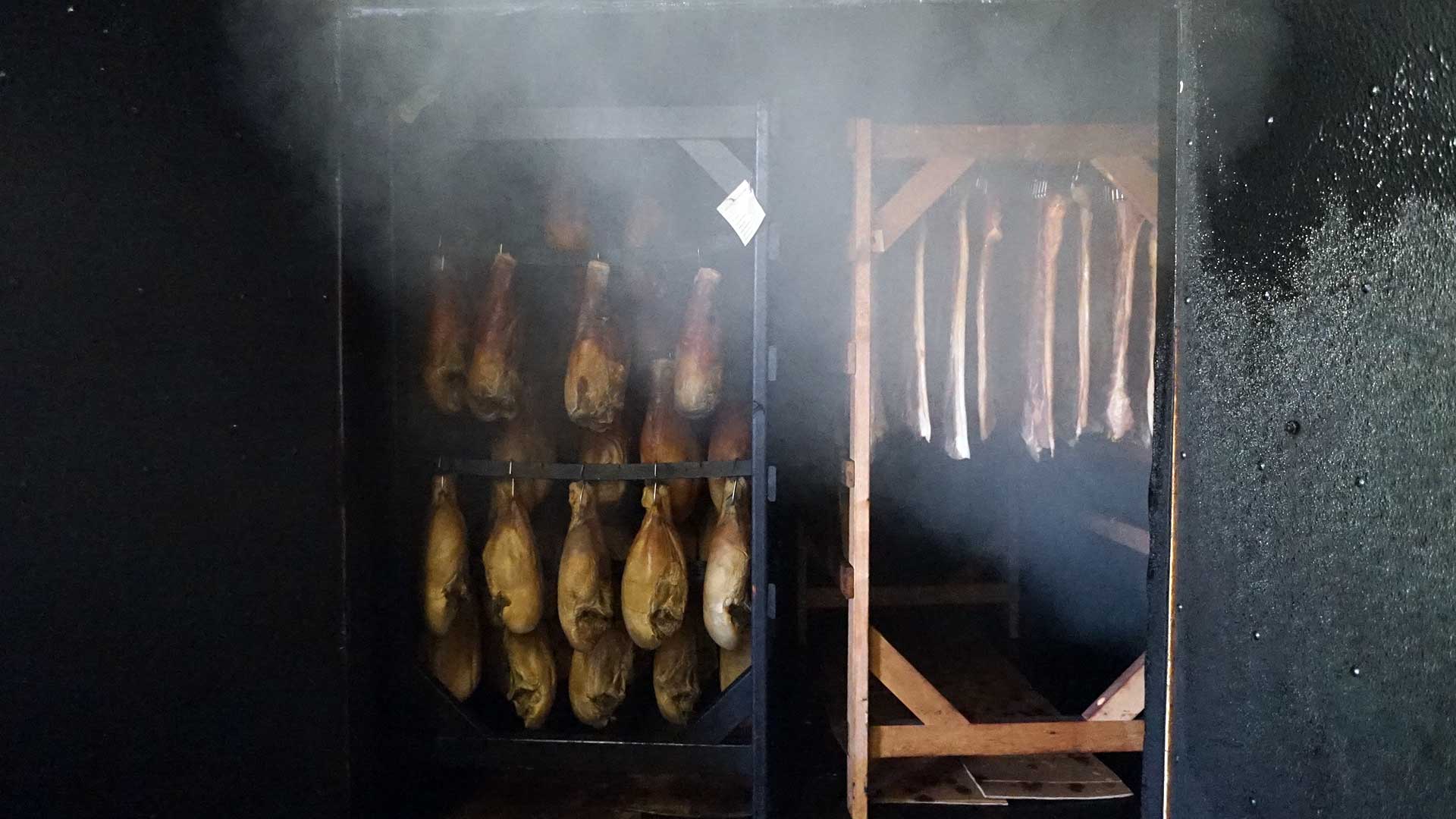 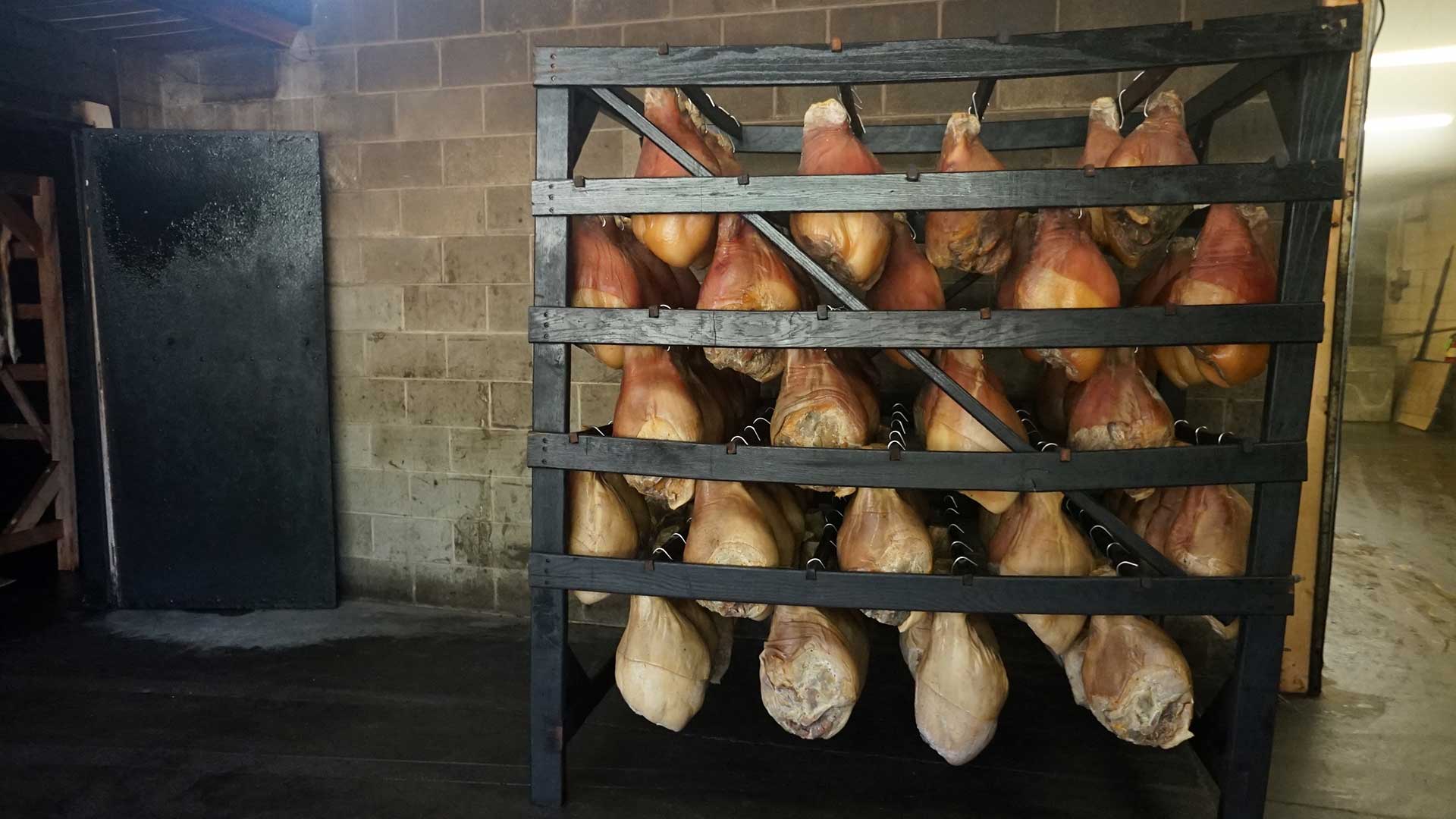 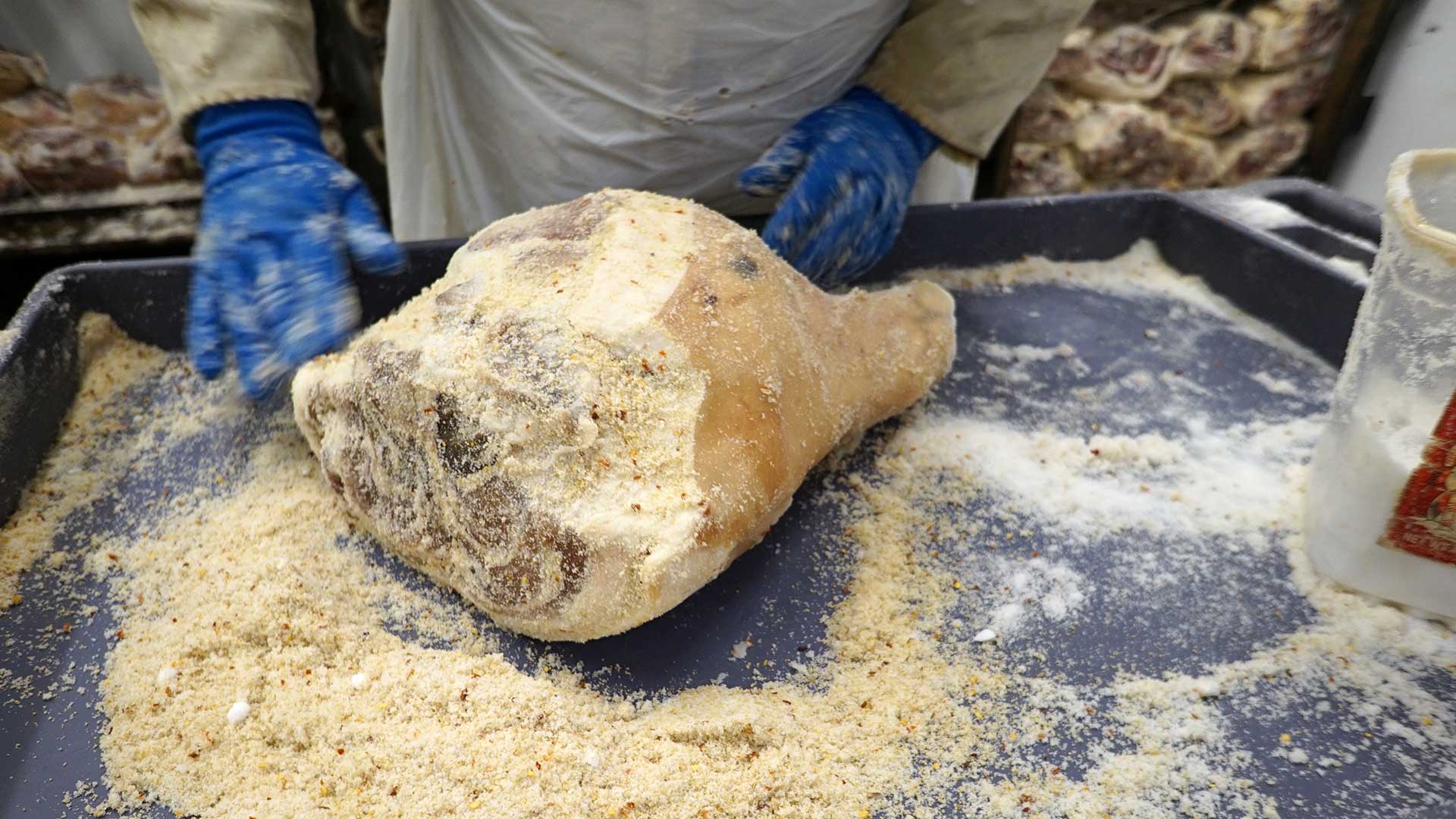 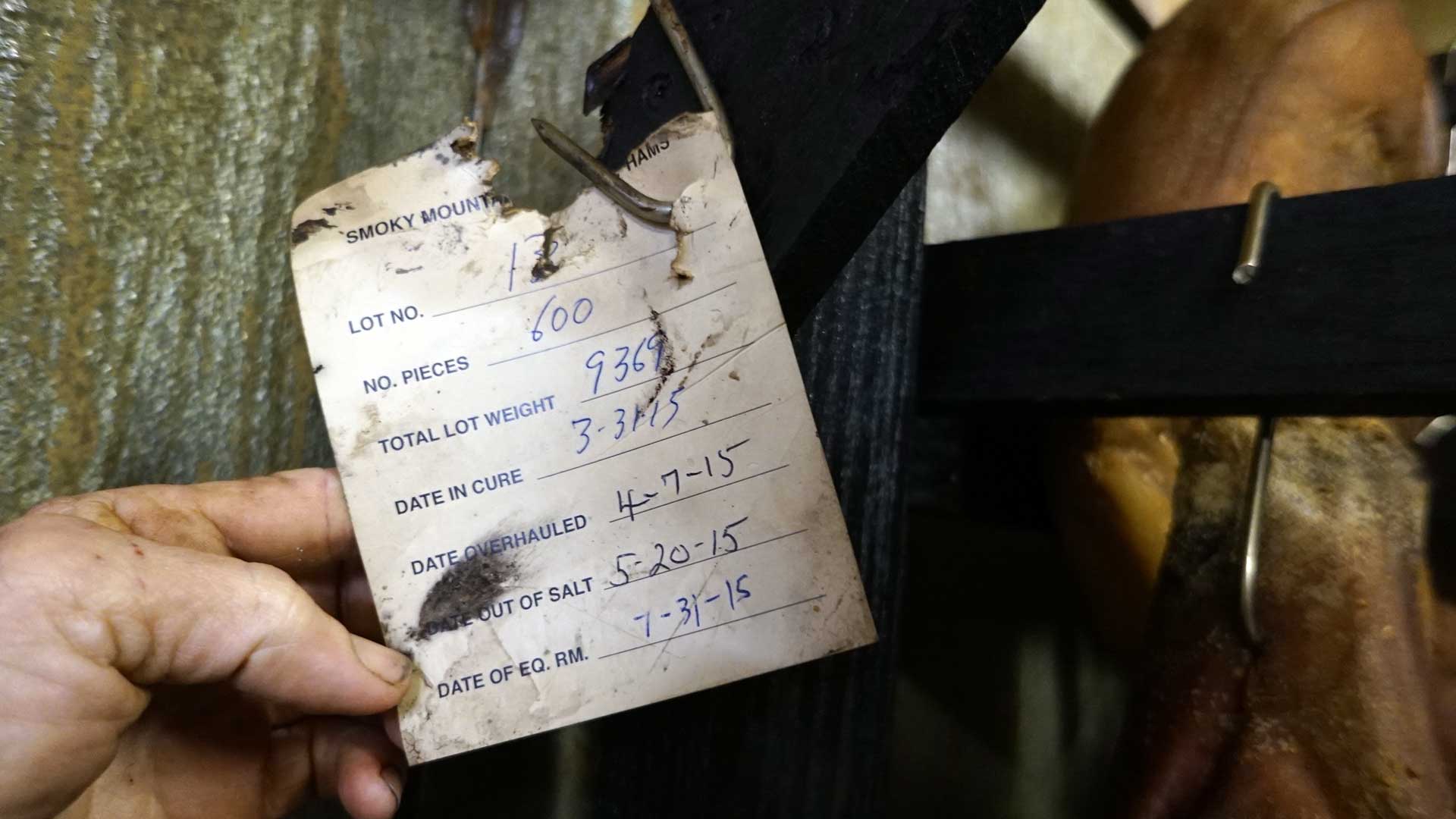 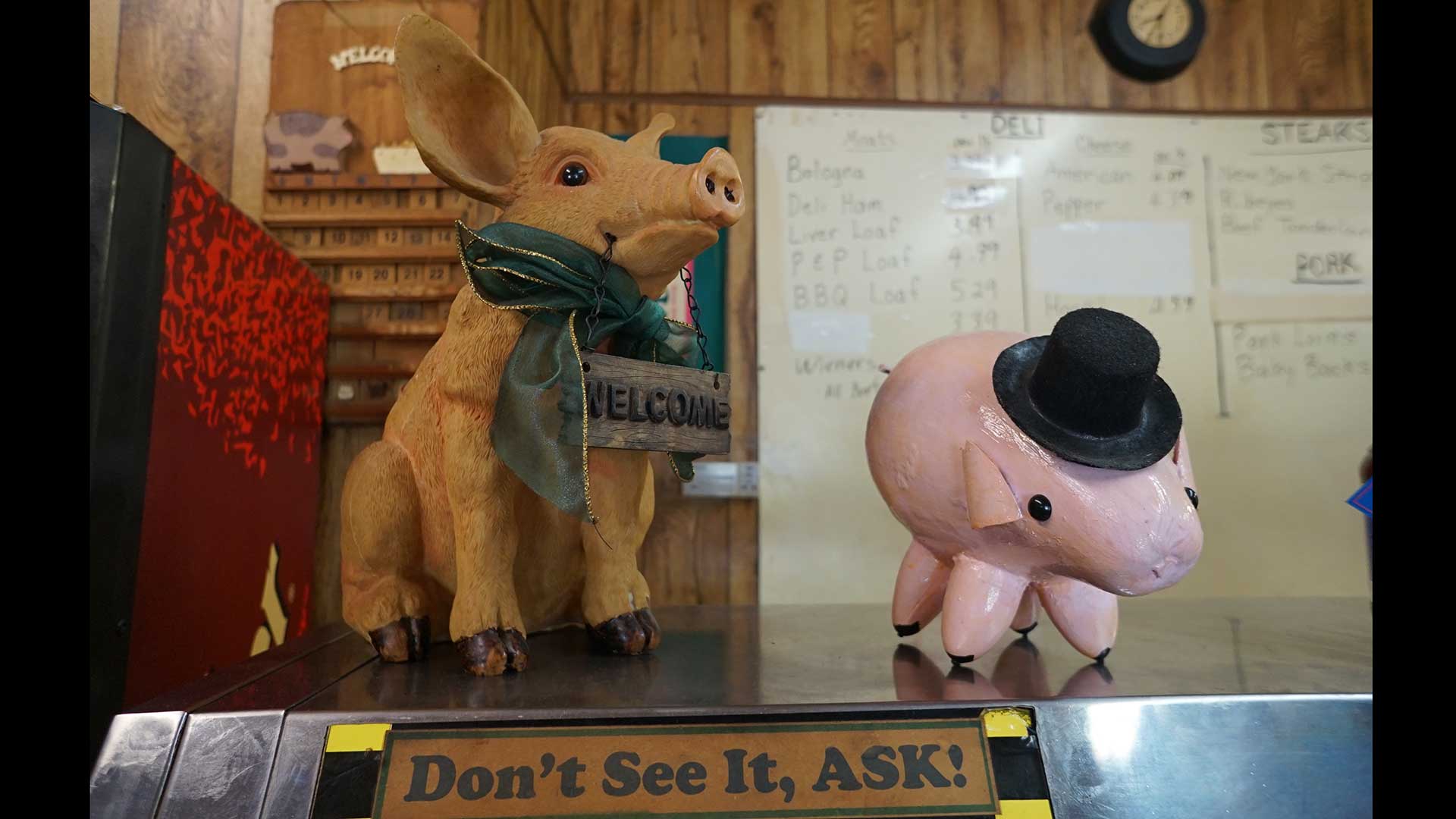 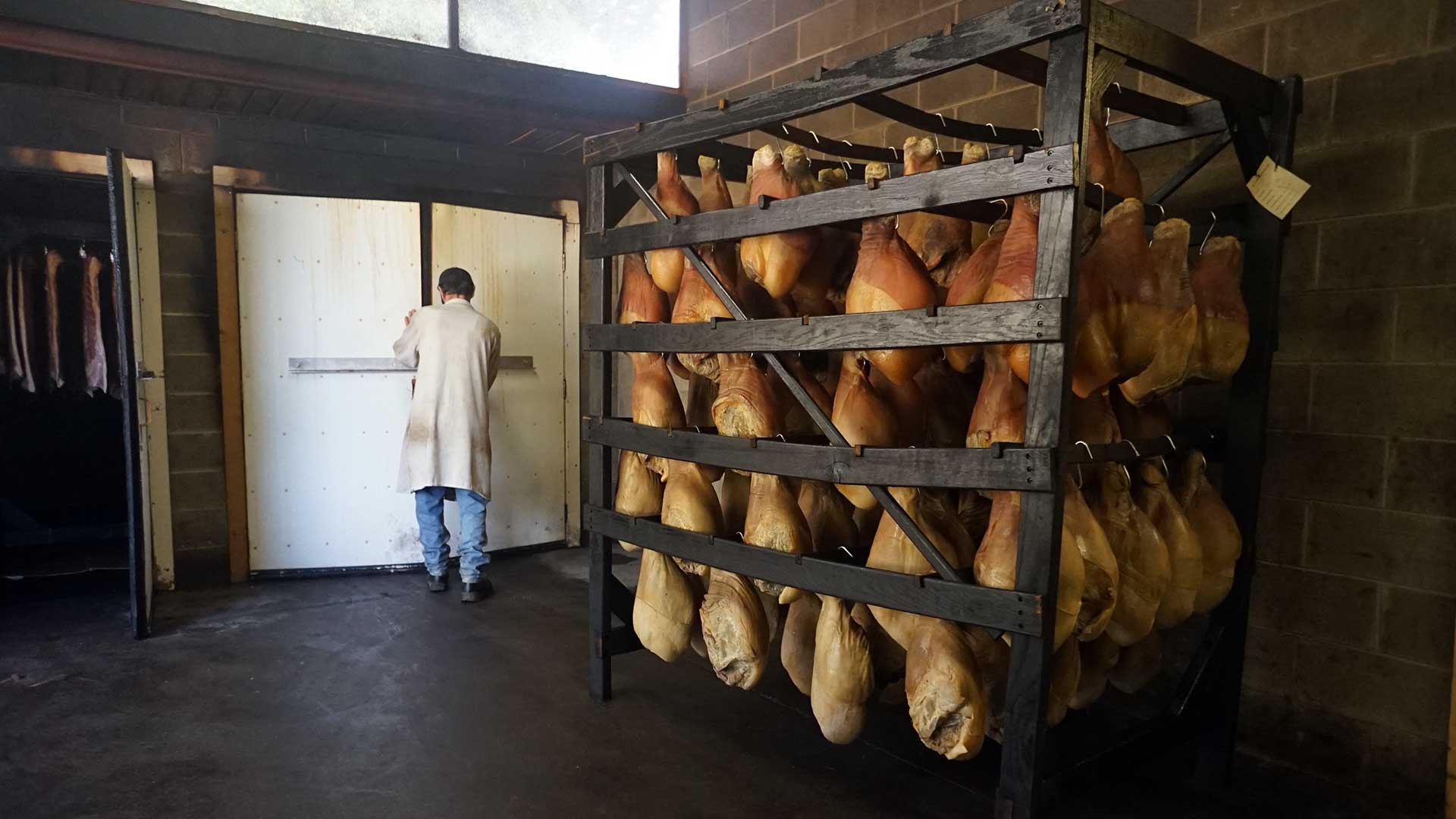 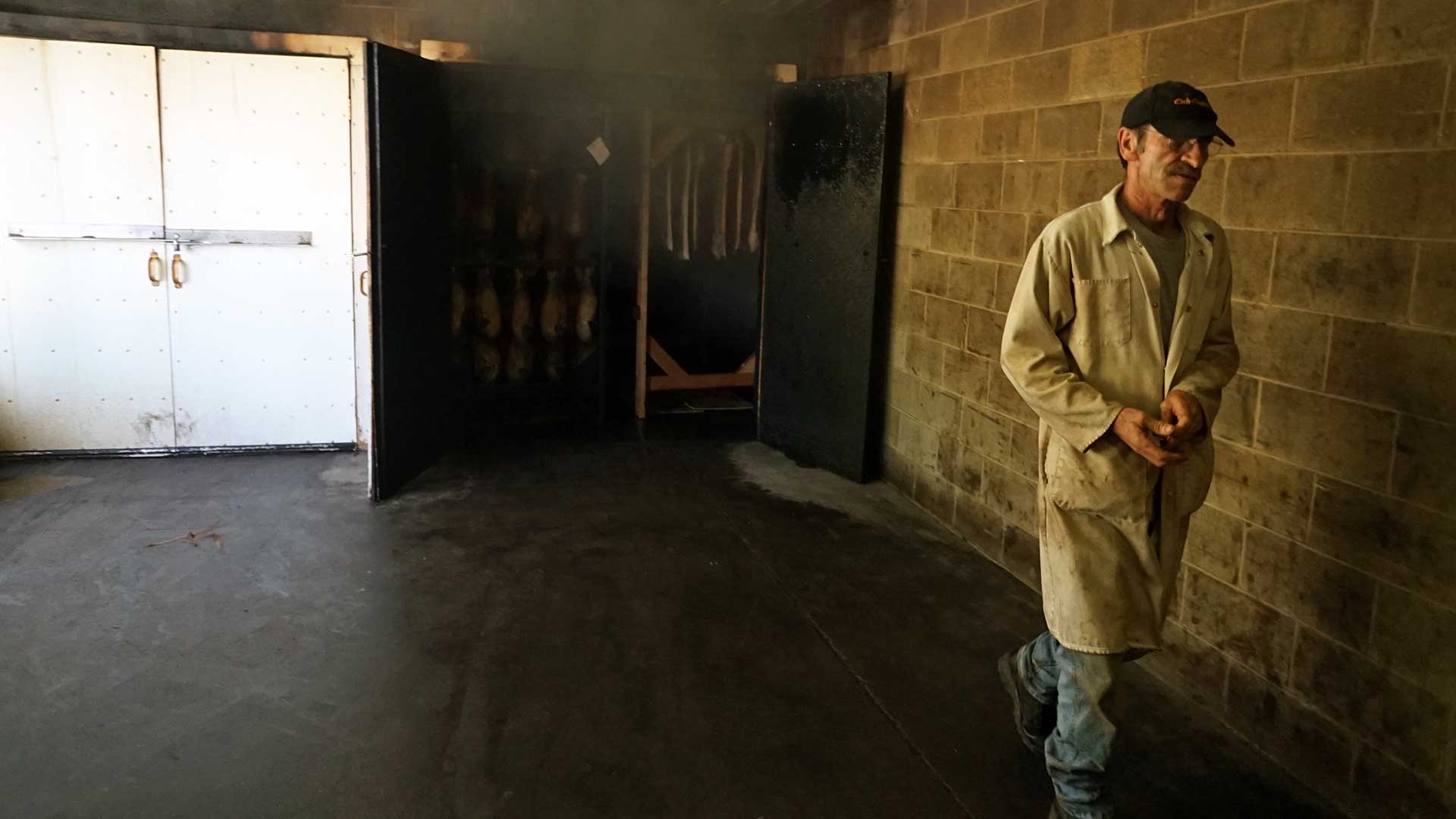 “Go see Dave,” Paul says. “Hey Dave! this feller wants to see the meat. Show him around, but don’t show him your special private place.” Paul winks at me and I go back to see Dave.

“You can call me Dave,” Dave says as he shakes my hand. “But that’s not my name.”

“Whatever works,” I say.

In the back, the smell in the air is not subtle. Hickory smoke hangs on everything, and something like 2,000 cured hams and bacon slabs dangle from hooks and in large, wheeled wooden frames. Benton’s is a family shop that’s stood along Tennessee highway for a few decades. The smokehouse is out back, and Dave feeds chopped hickory into a furnace. Sometimes, when there’s a special order, he’ll pick from the stack of apple wood nearby. “Only for special orders,” he says.

It takes four to six months from the time the bacon arrives from their pig farm in Missouri until it reaches the cooler in the shop out front. In between, the bacon is smoked, salted and slowly cured. I don’t want to get too in the weeds on the details. Wandering with Dave through the hanging gardens of a ham and bacon shop takes a toll on my imagination. I just want to eat.

So I buy a couple pounds, at $7 per. As a courtesy, Paul has fried me up a couple strips right to my liking: crispy, but taken off the heat just before it browns. I nod at Dave and take a bite. It’s good. It’s damn good. It might be the best bacon I ever ate today, or even the best I ate this month. But the best ever? That’s a search that’ll take a lifetime.