Did Tommy Lee’s Custom Chopper Save a Man’s Life?

TMZ seems to think so. 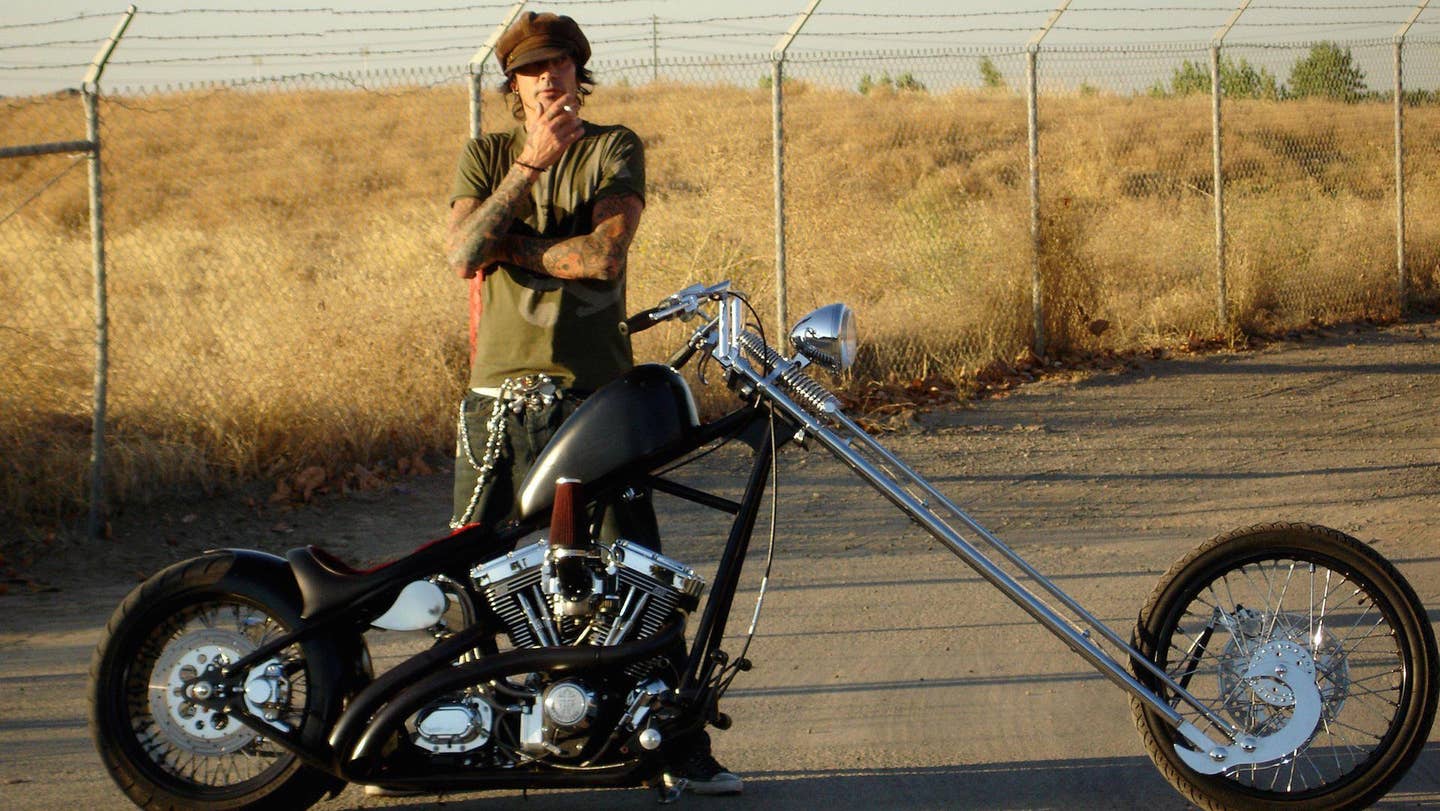 Yesterday, TMZ posted a story entitled “Tommy Lee: My Big Hog Saved My Friend’s Life.” It’s regarding, to quote the gossip rag, how the Motley Crue drummer’s “big ass motorcycle saved a man’s life.” Apparently over the weekend, Lee and a pal were hanging out in Malibu when they swapped bikes after the friend wanted to try out Lee’s custom chopper with a set of Sugar Bear forks.

TMZ claims that switch was a “lifesaving stroke of luck,” because minutes afterwards, a Saab 9-3 ran the friend on the custom chopper over. Their gallery shows Lee’s bike almost completely under the Saab, and the carnage looks severe. Reportedly, Lee’s friend was transported to the hospital with multiple vertebrae fractures, though he’s expected to recover, which is the silver lining here.

The odd bit is that if Lee’s friend was riding the Moto Guzzi that Lee is pictured climbing onto at the scene, then the bike swap wasn’t really lifesaving at all. That Moto Guzzi, far taller, wouldn’t have gone under the Saab in the first place. And there’s far more bike behind the rider on the Moto Guzzi than with Lee’s chopper, offering more protection for the rider.