What would Holden Caulfield, Rhiannon, and Sisyphus drive? 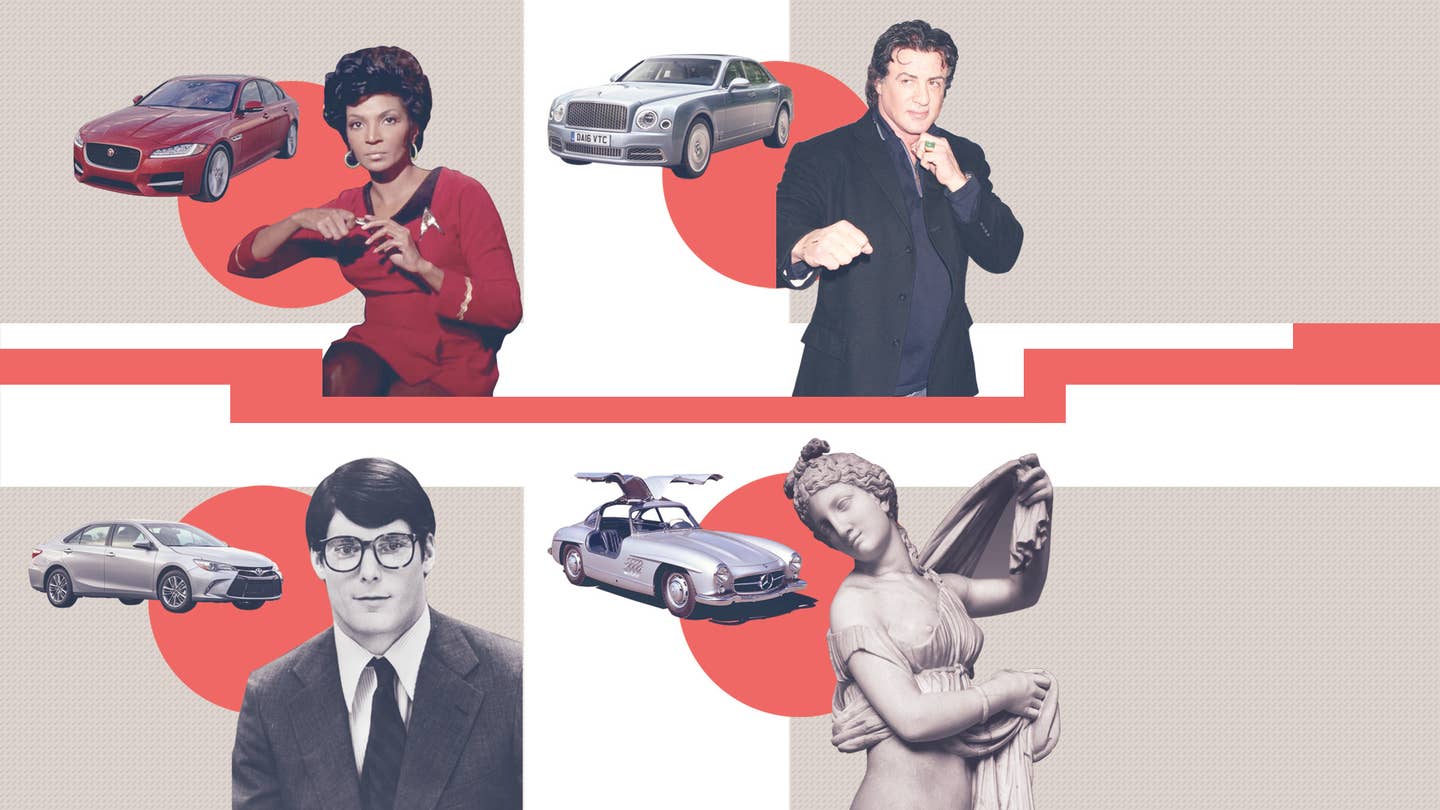 The conceit of comedy writer/television personality Spike Feresten’s Esquire show Car Matchmaker with Spike Feresten, is that he picks cars for real people. That can be challenging—and I say this with authority, as someone who’s often inveigled into the process of car selection. Still, the constraints of budget, reliability, location, and intended use usually help limit the field.

These restrictions are far more nebulous when choosing a car for someone (or something) who doesn’t really exist. So, in order to really challenge Spike, I gave him a call and blindly presented him with a series of fictional characters, chosen from my own personal cannon. I didn’t want to embarrass him so I didn’t include some of my first round picks like The Kidd from Samuel Delany’s foundational sci-fi novel Dhalgren, or those Vets from Winslow Homer’s Civil War paintings but I managed to get in a few ringers.

Let's start with Holden Caulfield, the kid from The Catcher in the Rye. He needs his first car. Nothing too phony.

Jeep Wagoneer, put him in an old Jeep Wagoneer. It feels like a Holden car, something a young man could afford, authentic and American, but also with a bit of style.

Kind of a WASPy prep-school ride as well. And you didn't say a Holden Ute. Perfect. How about Madame Bovary? You know, from the 19th century Flaubert novel. I’m sure you’ve read it, but just for a refresher here’s the Wikipedia description: The story focuses on a doctor's wife, Emma Bovary, who has adulterous affairs and lives beyond her means in order to escape the banalities and emptiness of provincial life.

Easy. Range Rover Autobiography Long Wheelbase. Because you’ve just described half the women in New York and L.A. and that’s what they’re driving. It’s a powder puff on four wheels.

The automotive cure for anomie, right? Okay next up. It’s the end of the summer blockbuster movie season. We saw Batman, Iron Man and even Wonder Woman in vehicles, but never Superman. What would Superman drive?

Are we talking about Superman or Clark Kent? I think we’re talking about two separate cars. I say Clark Kent is driving a hybrid Camry, something in an innocuous common color, so no one notices him, probably white. Superman though? In all the years of watching Superman comics and movies, I don’t think I’ve ever seen him drive. But if he’s going on a date with Lois Lane, and she doesn’t want to drive, I think it would be the Bugatti that they just showed at Pebble Beach, the Vision Gran Tursimo concept. It’s insane. It’s an insanely beautiful and fast thing. Faster than a speeding bullet and all of that. All it needs is the big S on the front hood, and then he’s done.

Carbon fiber for the Man of Steel. Way to play against type. How about Lieutenant Uhura from Star Trek?

Weird coincidence, I just ran into the woman who played Lieutenant Uhura on the original series. I was on a Southwest shuttle plane connecting through Las Vegas—I guess there must have been a convention there. But I know what I would get for her, the Jaguar XF. It’s luxurious and practical, and it’s not too expensive, and it has kind of a hip, Uhura vibe to me.

I need a car that fits the lady in this song. She is like a cat in the dark, and then she is the darkness. She rules her life like a fine skylark when the sky is starless.

This is a character from a song…?

Rhiannon rings like a bell through the night and wouldn't you love to love her? Takes to the sky like a bird in flight and who will be her lover? All your life you've never seen a woman taken by the wind. Would you stay if she promised you heaven? Will you ever win?

Immediately, I’m thinking of a Jaguar F-Type, but let’s make it crazy. Not just your average Jaguar F-Type. The Project 7! It was kind of the inspiration for the SVR. There’s never a top on it. It’s fast as hell. It’s wonderful. And it feels like you’re flying when you’re driving it.

Good. Less witchy than I expected, but good. You ever watch or listen to Beyonce’s Lemonade?

You know that girl Becky with the Good Hair from “Sorry”—the girl that Jay Z is supposed be cheating on Bey with. What would she drive?

Well, for her to be a proper side-piece, she needs a white car with a tan interior. That would be a BMW of some kind, probably a convertible. A proper Becky wouldn’t be given a 6-Series convertible, she’d be more likely to get the 4-Series. That car feels appropriately new, unattached, single. You grow up watching that type of girl in movies, and that’s always the car she’s driving, a little white-and-tan VW Cabrio, or BMW or Mercedes convertible.

What about Rocky the flying squirrel from Bullwinkle?

Oh, he’s awesome. I would say Mini, but that might be too big for him. How does he drive this car?

How do I know, Spike? He’s fictional and animated. How does Homer Simpson drive a car?

What about a different Rocky. Rocky Balboa?

That’s Bentley Mulsanne. Because he could fit his entire entourage in there, and drive around and get noticed on the streets of LA, or New York. Or Philly.

Okay, here’s an easy one, Aphrodite, the goddess of beauty?

We’re looking for a very beautiful sculpture of a car. Mercedes 300 SL Gullwing. It’s beautiful from every angle, inside and outside. I’ve yet to find a bad angle on that car. Everywhere you look, it’s beautiful. Even the engine. There’s no getting around the beauty. It’s the most aesthetically perfect car on the road.

Last, but not least, that glutton for punishment, Sisyphus?

I’ve got a perfect one, because I lived the experience. The 1981-1994 Masertai Biturbo. This is the first exotic car that I bought, and I bought it for all the wrong reasons—I think it had a Cartier clock in the dashboard, and I thought it was so elegant and beautiful. And every week, I ended up spending about $2500 just getting it to run, and I only drove it once a week. Boy did that car punish me and my bank account. I can only think of one drive where I made it to my destination and back. The rest of the times, it broke down over and over and over again. Awful, what an awful, awful creation.