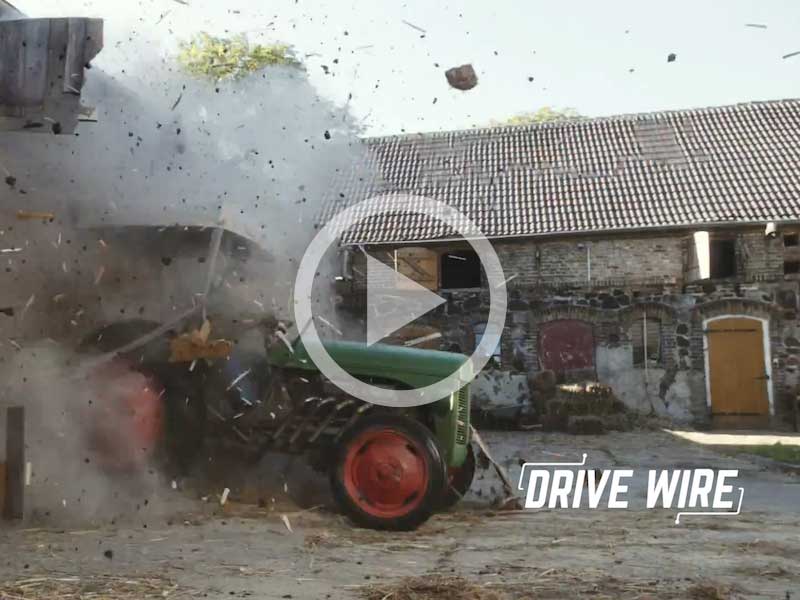 Hey guys! It’s Christina Thompson, and this is Drive Wire for Friday, October 9.

The Chevy Camaro is going to be more customizable than ever, and it’s becoming clear that a lot of the extras are performance-oriented. Chevy will offer everything from suspension kits to exhausts to three different styles of wheels, allowing drivers to dial in their cars to their exact liking. Not all options are for performance, though… Chevy is also offering light-up bowtie badges, for people who are into that sort of thing.

Continuing Dieselgate fallout….Volkswagen withdrew its application for EPA certification of 2016 models with the 2-liter diesel engine. VW of America CEO Michael Horn made the announcement during testimony before the US House of Representatives on Thursday. Horn did not disclose or speculate on when Volkswagen would have a fix for the affected vehicles, but did admit to knowing of a diesel-emissions problem as early as 2014.

We turn to the Tokyo Motor Show, where Subaru will show off the new Impreza 5-door hatch and the neat-looking Viziv Concept, which is pretty close to their planned replacement for the Tribeca. The Viziv features a full-length panoramic glass roof, pillarless sliding rear doors, and four individual bucket seats. If all these features make it into the production model, the Viziv will be a much-welcomed successor to the Tribeca.

In gadget news, Tenkara has come out with a line of collapsable fly-fishing rods that extend from 10 inches to 12 feet, and weigh in at under two ounces. The rod is designed to work without a reel while providing decent whippy action. For less than $200, you’ll be able to slip it in your glove box and take complete responsibility for getting your own dinner.

With a high center of gravity and big tires, tractors aren’t exactly known for their speed. But fortunately for us, the ad team behind this spot for a German supermarket produced a sideways-driving, wheelie-popping, barn-smashing Ferguson tractor driven by a very determined delivery man. How ‘bout them apples?