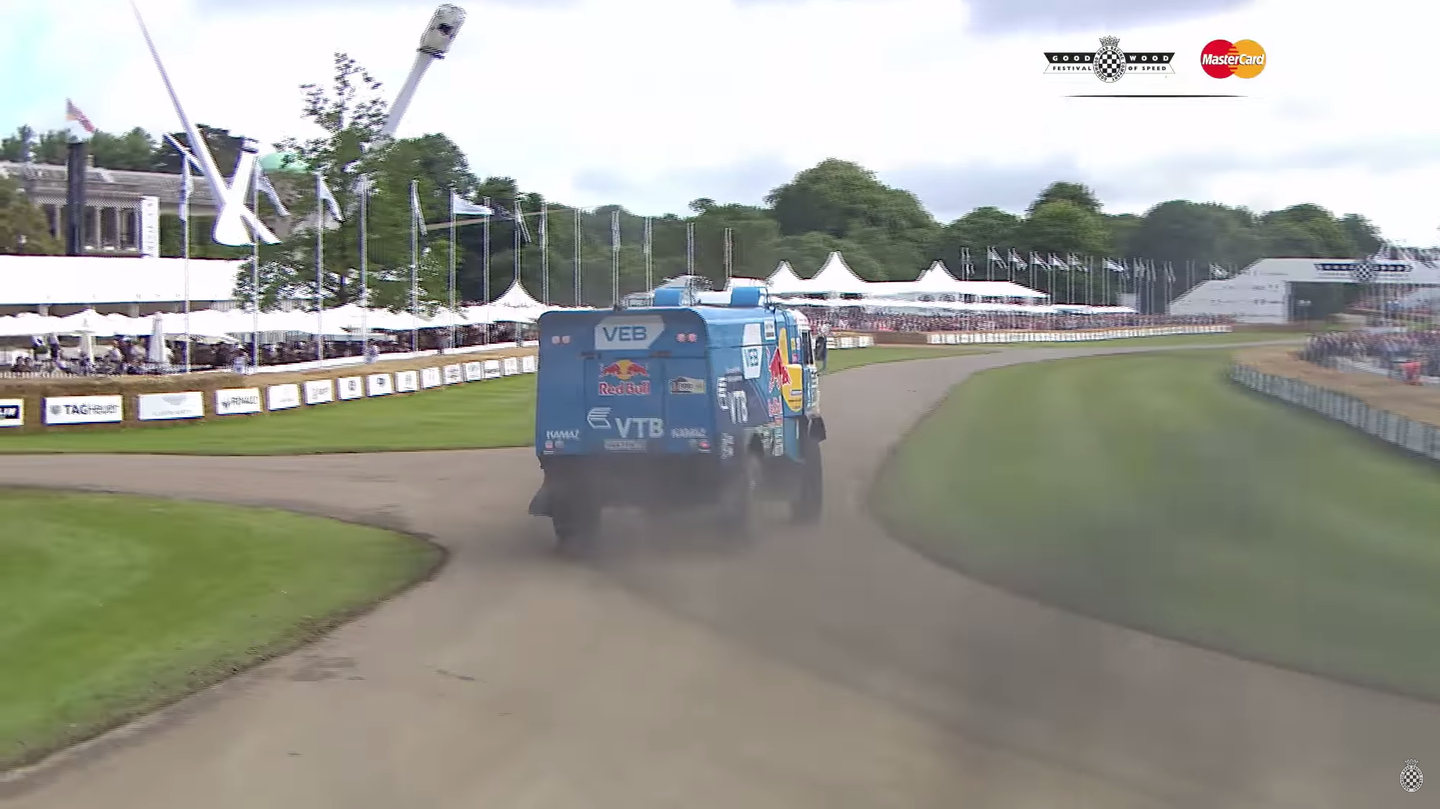 In the video below, there are three elements at work.

The first is Mad Mike Whiddett. He’s a Kiwi drifting demigod, the wheelman behind the infamous RADBULL, an MX-5 Miata with a quad-rotor, twin-turbo Wankel engine. But, really, Mike doesn’t care what he’s driving. He just likes using the passenger window as a windshield.

The second is a Kamaz truck. You know, those 20,000-pound rigs they run at the Dakar Rally. They're enormous, Russian-built diesel trucks with 16-liter engines, happiest when pounding like the hammers of hell across some barren landscape.

The third is Goodwood Festival of Speed. That’s the hillclimb throwdown in Lord March’s driveway. It’s a fanciful motoring event, a high-speed tea party that, were it any more British, would require a pith helmet as a matter of dress code.

So, of course, Mad Mike gets in this big ol’ truck, and decides he’s going to have a go sideways through the first couple of corners at Goodwood. It’s a short clip, but a hilarious and surreal one. Happy Friday, kids. Hoon on.