Dads, Daughters, and Life Behind the Wheel 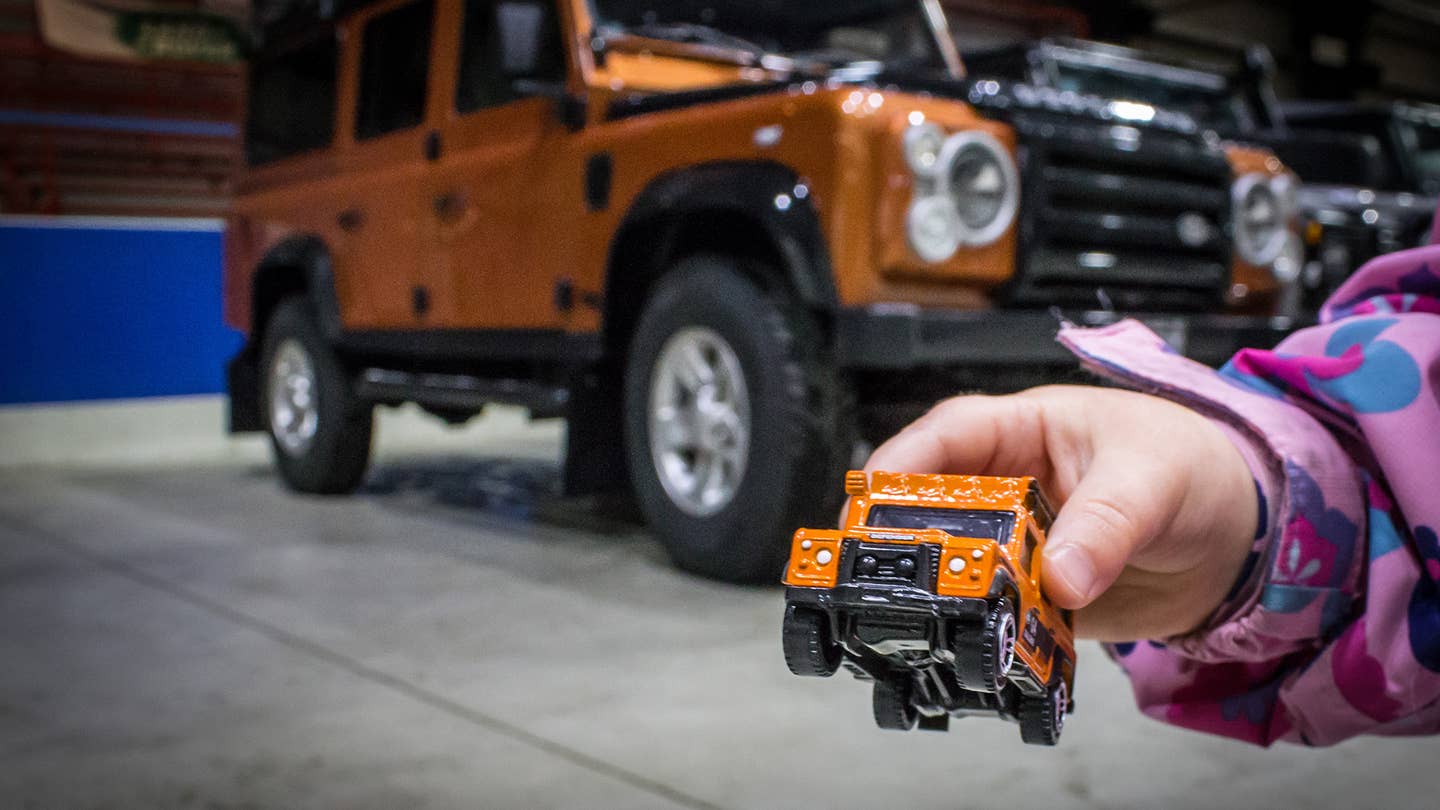 The red polka-dotted helmet now sits in a glass case somewhere, a heroine's crown at rest. You'd see it bobbing around at the wheel of a Porsche or Jaguar, a mix of the fierce and the feminine. We miss Denise McCluggage these days: she had joy and vitality and sharpness of wit in abundance. She was a hell of a racer, and a hell of a writer. On father's day, we also remember that she was somebody's daughter.

I have two daughters myself, loud, and quick, and fearfully bright. I see them like a brace of matched chronometers, their heartbeats ticking away the seconds of my life. Every day they remind me I don't have time to waste, that the hours will blur to years if I'm not careful. To paraphrase my mother, hold on to the seconds and the months will take care of themselves: spend your time on the things that are real. Maybe, if I'm lucky, I'll raise them to live as faithfully to themselves as Denise did.

You have to imagine that being Denise's father was a pretty tall order. She was the youngest of three, and her love of cars was outside her time. Fathers worry about our daughters almost constantly. Inside, the desire to protect continually wrestles with the knowledge that learning requires at least some pain. I can't see Dad McCluggage being enthused about his tomboyish kid getting her driver's license at the age of fourteen, let taking up sports car racing. Racing, for God's sake! And just what good would that tiny helmet do in a crash, young lady?

But daughters become themselves, whomever they may be. Denise became an icon. I'm not sure what the future holds for my two charming hellions, except that there are undoubtedly going to be a lot more scraped shins and muddy feet. For a time though, we'll have the chance to ride together, and that means I'm cramming these car seats everywhere they'll fit.

Sharing a passion for cars with your daughter is not much easier these days than it was when the young Miss McCluggage was sprouting up. The girl's section in any department store is an appalling cloud of pink. Ditto the toys—have you seen the kind of stuff Lego is hawking to girls? What ever happened to a bucket of bricks with a few wheels thrown in? And then there's Pixar's Cars, where the female lead is a 996-chassis Porsche 911 coupe. NO CHILD OF MINE IS GOING TO GROW UP TO BE A WASSERBOXER ENTHUSIAST.

Joking, of course: witness the Playmobil 911 I bought my eldest for her birthday. A friend flew it out from Stuttgart, and as luck would have it, I managed to fit the car seat into the back of a GTS convertible that week. I never liked 911 drop-tops, but when my kid stuck her arms straight up into the slipstream and laughed for the joy of the speed, I became a convert. All-wheel-drive, PDK, convertible and all, I suddenly loved that car.

Additionally, thanks to the work of dads like Dwight Knowlton, sharing the passion is getting a little easier. The author of the popular The Little Red Racecar first penned a storybook that fathers and sons could read together, because he was tired of cutesy anthropomorphic cars in picture books. The story he created was real, as real as the bond many fathers and sons develop because of a shared love of machinery. His latest book, The Silver Speedster, is a period piece set in the 1950s, and has a father and daughter picking up a new Porsche 356 from importer Max Hoffman, and bumping into Denise McCluggage in her prime.

“I thought it was super important,” he says, “That it be a girl's story, without being a girly story. I want it to have a level of seriousness that would please any car guy.”

Knowlton's previous works display a level of research far surpassing any normal children's book. Matter of fact, The Little Red Racing Car's story was so genuine that Sir Stirling Moss ended up endorsing both it, and the follow-up, The Greatest Race, a true story of Moss's record-breaking '55 Mille Miglia. Sir Stirling and Knowlton sat together at the Lime Rock Historics, signing both books. Knowlton says it was a surreal moment.

“Lime Rock has a really special place in my heart,” he says, “I can't wait to take my daughter there.”

The Silver Speedster will head to the printers this fall, meaning that there'll be something special wrapped under the tree come Christmas-time. Buoyed by the success of his previous two books, Knowlton will also likely be releasing merchandise to go with it. Finally, you'll be able to get a t-shirt for a girl with a unicorn on it, where the unicorn in question is a Porsche four-cam flat-four.

I look forward to reading The Silver Speedster with my daughters, and eventually to sharing the life of Denise McCluggage with them. I look forward to more long drives, more car shows, time spent just riding around together. They may grow out of the car thing, they may choose to chase photography, or running, or climbing, or writing. Whatever they do, I'll want them to be smart and careful, but also to be adventurers like Denise. I'll want them to take flight, and leave me far behind.

But not yet, not just yet. Just a little more time.

By Restaging an Evel Knievel Stunt, One Man Can Redeem His Father

The man behind the greatest nine minutes of driving cinema ever.