In Defense of the Textalyzer

Submit to it, or pay the price. 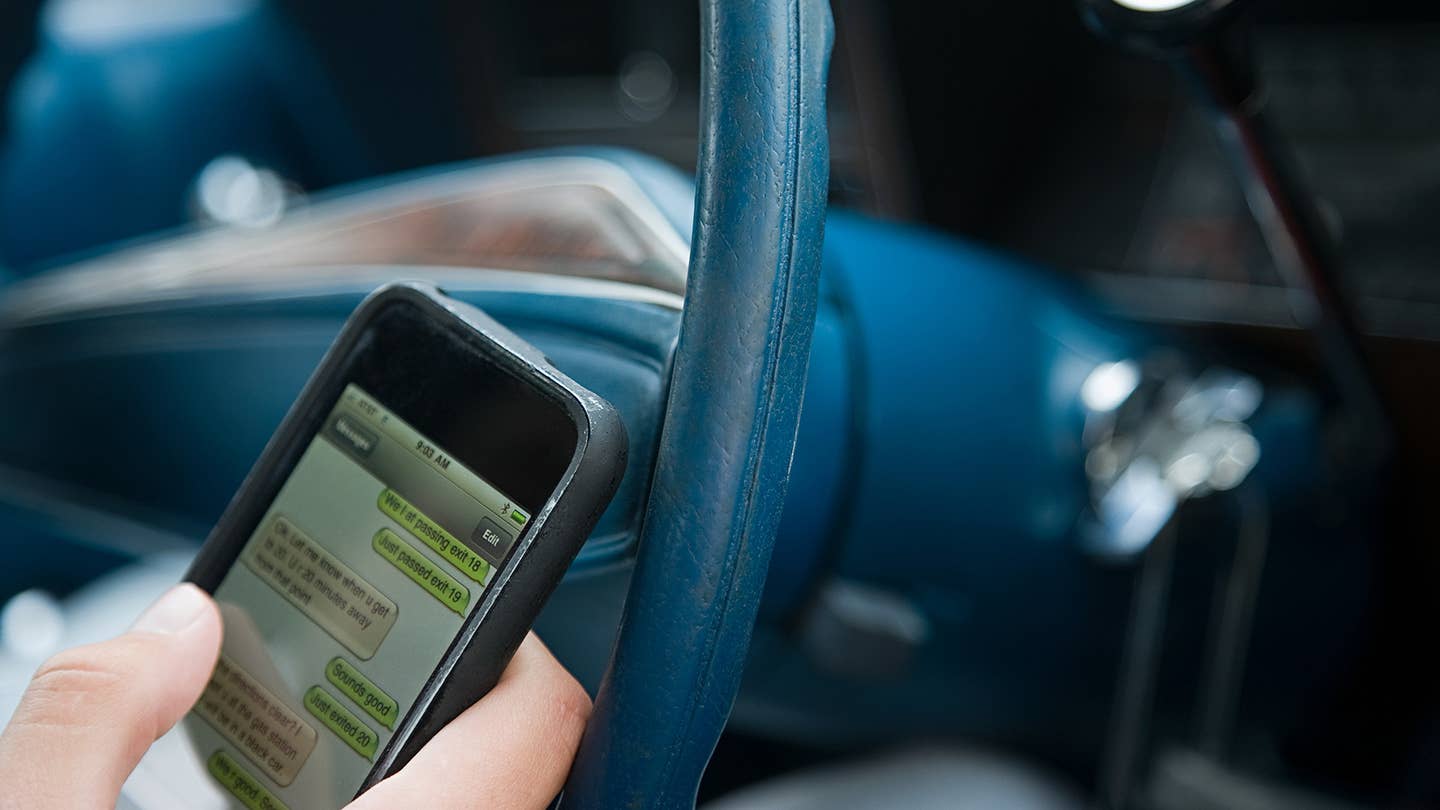 The Maxima was out for blood. Actually, it was just driving uptown. But as I cycled up Sixth Avenue in the designated bike lane, crossing the major crosstown artery of 23rd Street, the gold Nissan abruptly cut in front of my humble Iro and stopped just north of the intersection. I braked three inches short of the car’s bumper and, choking down the caustic bile of 1,000 Duracells, rapped knuckles on the driver’s window. The driver looked up quizzically from his phone. “Who, me?” his expression suggested.

Such is texting’s hermetic seal around a driver’s better judgment. But I’m careful, you say. I’m not that guy. The same slippery slope was traveled by the three-beer crowd in the early days of drunk-driving awareness campaigns. Now, New York State is considering a technology that would check whether a motorist pulled over for suspected distracted driving had been fingering their phone. The so-called textalyzer would query a phone’s recent activity—without invading any other nook or cranny of the device—to learn whether a distracted-driving charge is in order. Privacy concerns aside, if the technology does what it says, it may do for texting behind the wheel what breathalyzers have largely done for drunk driving: scare the hell out of would-be offenders.

According to a report in the New York Times: “The technology could determine whether a driver had used the phone to text, email or do anything else that is forbidden under New York’s hands-free driving laws, which prohibit drivers from holding phones to their ear. Failure to hand over a phone could lead to the suspension of a driver’s license, similar to the consequences for refusing a Breathalyzer.”

Knee-jerking libertarians and wannabe Snowdens will moan, wail and try to contrive civil liberties violations where they don’t exist. Suspected offenders can always refuse a field test, just as they can a breathalyzer. But science, and the law, may not look favorably on them.

A study published in 2013 by the AAA Foundation for Traffic Safety found that even hands-free features can exert a potentially treacherous pull on a driver’s attention. “In real-world driving scenarios, such behaviour could lead to what the authors called inattention blindness, whereby drivers would not register potential hazards, important objects like stop signs or pedestrians that were directly in front of them,” the BBC reported. Again, the study’s authors were researching hands-free communication features in a car.

If a slippery slope exists, it’s here: where hands-free telematics are treated as a good, and tapping and swiping an ill. There’s little debate, though, that when a driver’s fingers and eyeballs are not trained on the task of driving, bad things can happen. And few things are more effective at changing motorists' behavior than a threat.

Which would you rather have gnawing on your conscience: the constitutionality of the textalyzer, or a dead cyclist?