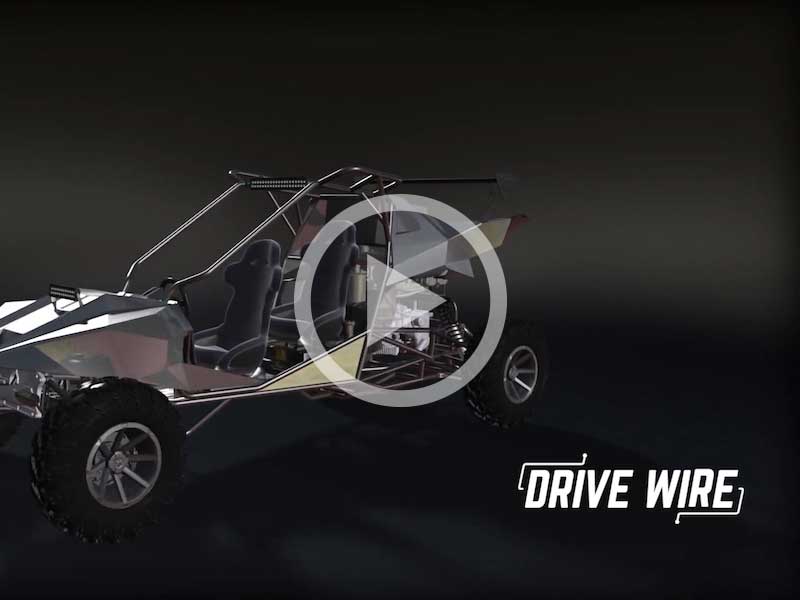 Hey guys, it’s Christina Thompson and this is Drive Wire coming to you from Industry City, The Drive’s new home in Brooklyn.

Big news from North America’s biggest segment – Nissan is going to have a half-ton crew-cab entry in the pickup truck wars starting next model year. Projected to be the company’s biggest selling truck, Nissan showed off the new Titan Crew Cab in New York and announced the availability of a 5.6 liter, 390 horsepower V8 as well. The Titan shares styling cues with the XD model, but is built on an all-new chassis and is about 15 inches shorter. Single and King Cab models will follow soon after the Crew Cab makes its debut. In short, it’s a good time to be a pickup buyer.

Proving that this year’s New York Show is all over the map, Audi made a surprise showing with the R8 Spyder. Just like the coupe, it only comes with a V-10, only in the 5.2 liter, 540 horsepower version, and it’s only available with a seven-speed dual clutch auto. But that’s a lot of “only” – the Spyder will get to 60 in 3.6 seconds on the way to a toupee-stripping 197 miles per hour. The Spyder will start at $164,000 when it shows up early next year.

If you’re craving style and performance, Volvo has an answer for you. Pricing on the S90 sedan has been announced, and it starts under $50,000, which is plenty reasonable for the level of power and luxury you’re getting. The 250 horsepower T5 in the momentum trim level will run you $46,950 … add $6,000 more for the all wheel drive, turbo- and supercharged 316 horse T6. Volvo’s S90 configurator is live on their site now, so get cracking.

You may have noticed that once again, there are no flying cars at this year’s auto shows. Well, how about a flying ATV? In today’s gear, we’re checking out the Skyrunner, which uses Parafoil technology to become a short-field capable aircraft. What’s even better, the Skyrunner claims to reach airspeeds of 55 miles per hour at altitudes of up to 10,000 feet. If you’re already yelling where the hell do I sign, $5,000 deposits are being accepted at skyrunner.com.

In today’s ridiculous video, check out some of the snowy driving you missed this winter. Watch as a 440 horsepower family hauler, better known as the Porsche Cayenne GTS, glides across the frosty ground like a Rudolph on steroids. With over six minutes of gorgeous drifting, it almost makes up for the lame excuse of a winter we just said goodbye to.

The Toyota 86 is born, the Nissan GTR gets a face lift, Chevy loves cameras, solar powered chargers and a longboard with skates