The Clifton Club chronograph is getting two new variants named after motorcycles. 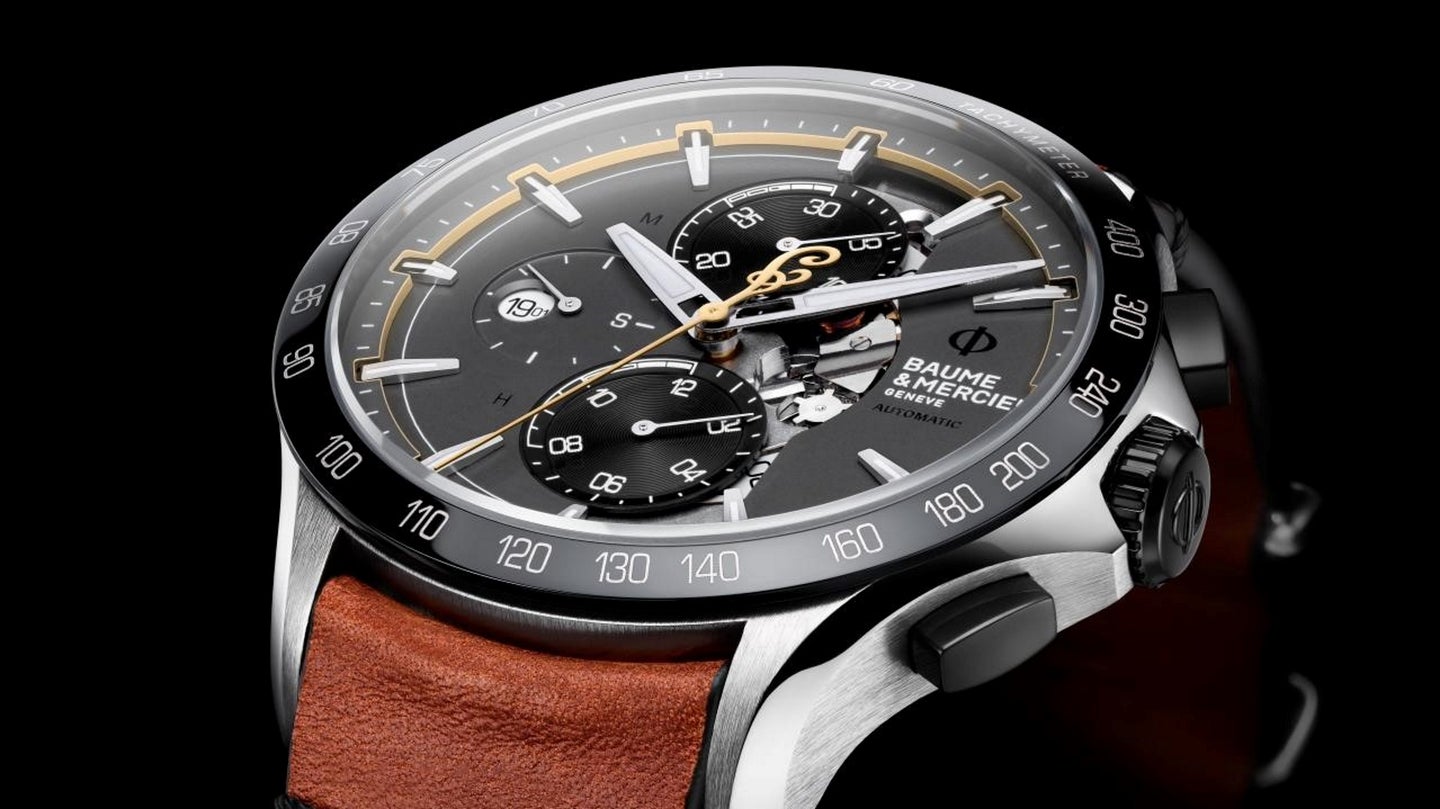 The watches are the Clifton Club Scout and Clifton Club Chief, both named after motorcycles in the Indian lineup. The two-watch collection is called the Clifton Club Indian Legends which will “celebrate heritage, fine craftsmanship and pure motorcycling spirit,” according to an email from an Indian representative to The Drive. 1,901 units of each watch will be produced representing the year Indian Motorcycles was founded, 1901.

This isn’t the first time Baume & Mercier has collaborated with Indian Motorcycles. The two brands teamed up back in November on a commemorative Burt Munro watch celebrating the 50th anniversary of his long-standing sub-1,000cc speed record. The Burt Munro watch, of which 1,967 were made, has a few things in common with the new collection including a large Indian headdress logo on the back of the case and a second hand with a stylized “I” from the Indian script logo.

The Scout watch comes with a handsome brown calfskin strap made by the Horween Leather Company and a slate gray and black dial. The Chief watch is a bit more formal looking while being equally sporty. It has a steel bracelet and case with a black dial that makes for sharp contrast. The contrast continues with silver colored subdials and hour and minute hands.