Hyundai Teases the New Veloster Ahead of Detroit Debut

The three-door hatchback from Hyundai gets a sequel. 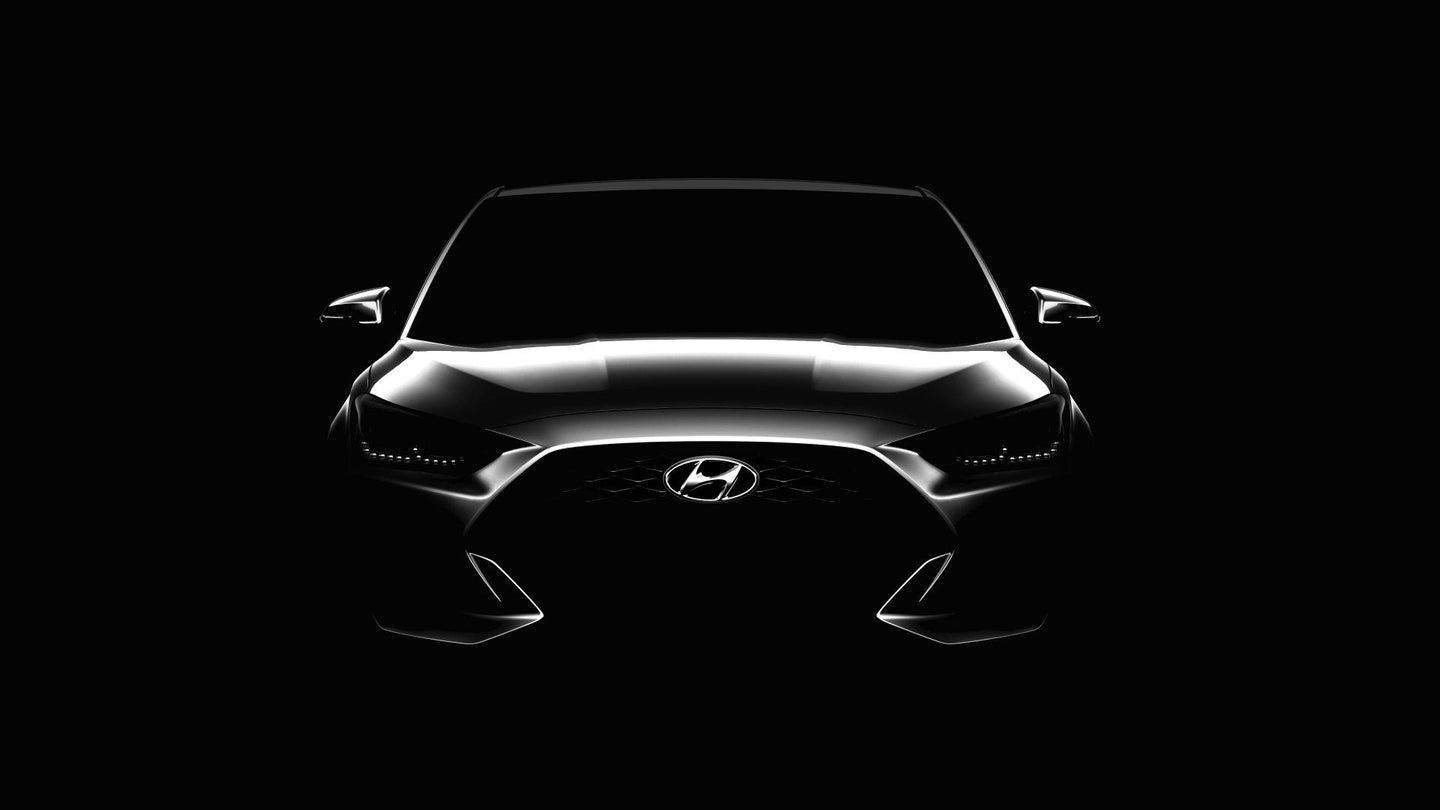 Despite its apparent (and financially justified) obsession with crossovers and electrification, Hyundai has not forgotten about the fun side of motoring as evidenced by an unveiling scheduled for this Monday at the Detroit Auto Show. No, it's not the rumored hybrid supercar, but the next generation of its sporty-ish Veloster hatchback. Before that happens, the Korean automaker is giving us an early glimpse at the redesigned three-door.

In a series of strategically lit shots, we see pretty much what one would expect from a new Veloster—the same funky, hunchback shape updated with Hyundai's current, more intricate design language.

While the outgoing Veloster found notoriety for its unique design, its lethargic and ultimately uninspiring driving experience kept it off of many enthusiasts' shopping lists.

Given Hyundai has since poached ex-BMW M boss Albert Biermann and come out with some genuinely competitive performance machines in the i30 N hot hatch along with the Genesis G70 and Kia Stinger sports sedans, don't be surprised if the new-and-improved Veloster manages to give the sporty compact car establishment a serious run for its money this time around.

The car is anticipated to initially come with the customer's choice of 1.4-liter or turbocharged 1.6-liter four-cylinder engines mated to a six-speed manual or seven-speed dual-clutch transmission. For more on the 2019 Hyundai Veloster, make sure to check back on The Drive this Monday, Jan. 15.